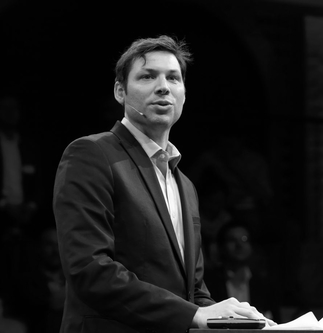 Dr. Stephen Lorimer is the Smart London Strategy and Delivery Officer at the Greater London Authority. He is responsible for the Mayor's plans and programmes in smart city technologies and innovation in digital public services. He is the officer responsible for drafting Smarter London Together, the roadmap the Mayor released on Monday 11 June to make London the smartest city in the world.
He also manages the work of the Smart London Board to put digital technology and data at the heart of making the capital an even better place to live, work and visit. He formerly was responsible for the Mayor’s policy to support the tech sector in the City Hall economic development and business team.
In academia, his publications focused on urban transport, housing energy data, and spatial analysis of cities. Before a PhD in data in the built environment at the Bartlett, University College London, he was a practicing urban planner and urban designer at the consultancy Urban Initiatives. His projects included the Mayor of London’s housing design standards, CPD design for Urban Design London, the Aylesbury Estate Masterplan in Southwark, and an urban growth game for the HCA that received the innovation of the year award from Regeneration Magazine.
His connections to New York extend beyond it being his birthplace. He co-authored Digital Master Planning: An Emerging Strategic Practice in Global Cities with Anthony Townsend at New York University, including an extensive interview with New York’s recent CTO Miguel Gamino. He studied the location choices of the tech sector in 1990s ‘Silicon Alley’ at Columbia University, and took that work to UCL to study how London’s urban design is influenced by American tech campuses.