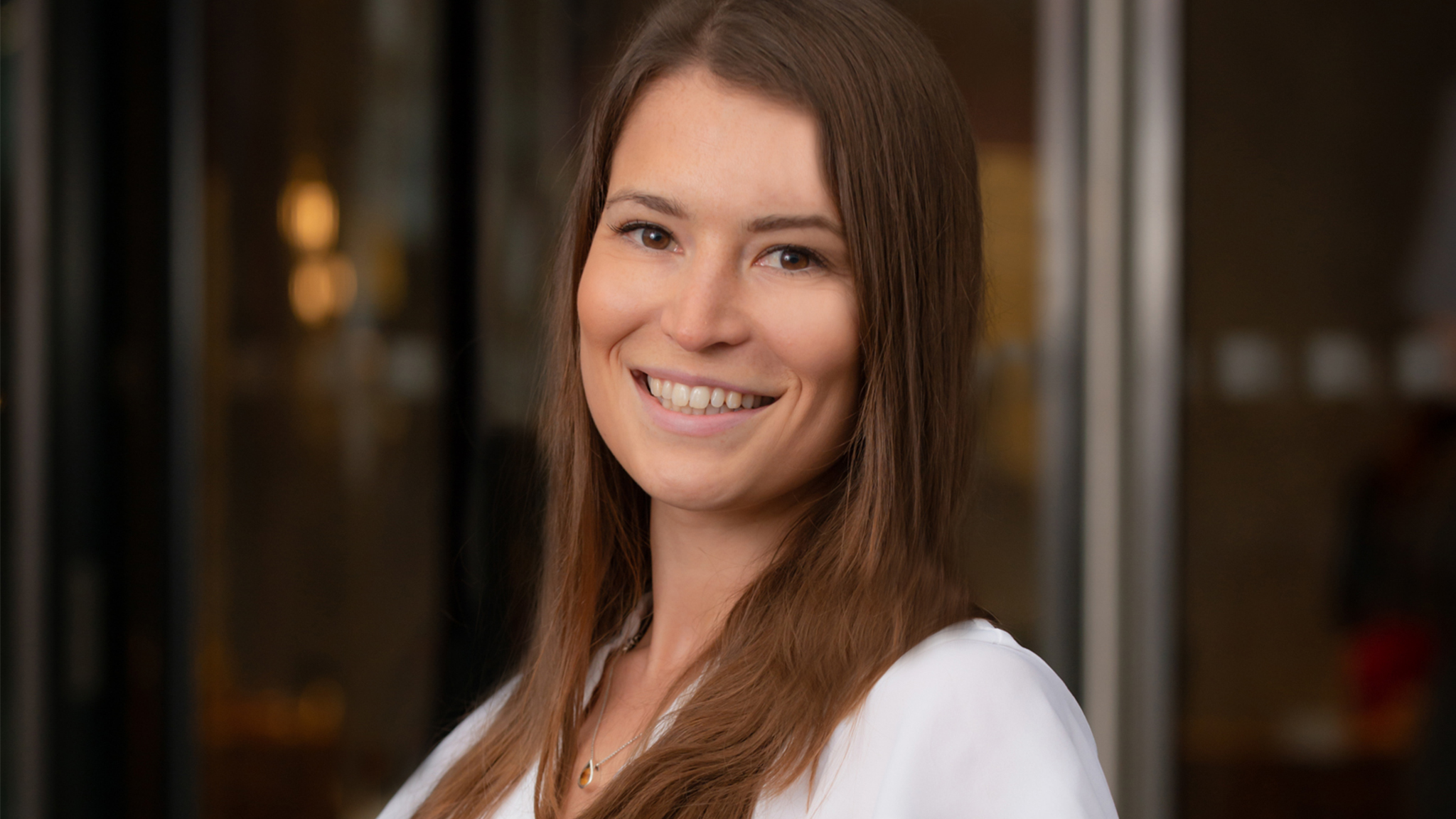 David Taylor: Hello! How are you doing?

DT: Would you like to tell me first of all about the carbon negative work that you've pretty much instigated I think at Nexus and how that came about?

AP: Yeah, so I it was all quite exciting and a bit of a new venture for us. We set it up at the very start of 2020, just at the beginning of lockdown really, which was quite ironic. Basically we were tasked with coming up with an initiative to make us carbon neutral. That meant us going away and working with a company that can take our carbon neutrality and calculate our emissions for the whole of 2019, which was a big task!

And then it was working with them to offset that through one of their offset projects, which they have many of. Then we decided we wanted to go one step further and actually become carbon negative – so that means offsetting more than we’ve made. We decided to do double – essentially, we have covered two years. It’s something that everyone is thinking about a lot more at the moment because of Covid-related issues and how we can be more environmentally friendly. It’s a key agenda at the moment.

DT: So what was the spark to actually self-analyse? Was it Covid or a general environmentalism?

AP: As a company I think we just wanted to start looking at this and it's becoming a lot more of a big issue obviously across the UK and the government. We are looking at it in a lot more detail with a lot of our projects. Interestingly, if we get bids come in, they're looking for us to demonstrate that we're doing it, and it is becoming much more of a bigger thing in terms of working on projects and working with councils. But we just wanted to do it anyway because we want to do our bit, and some of the projects are really nice and they also feed in well with the work that we are doing.

DT: And essentially it involves tree planting but also protection of the Amazon Rainforest, if I'm not mistaken?

AP: Yeah: so there are lots of different projects to choose from. This project that we chose is planting in the Amazon Forest, but for every tree that is planted in the Amazon there is actually one planted in the UK as well. And something we really liked is that it’s an initiative for schools, and we do a lot of school and other education work. It fits in nicely with that and I think it’s really important to encourage schools to be doing this sort of work, especially now. Getting out and getting engaged with the environment - that's an element we really liked, that marries with the Amazon planting as well.

DT: That neatly segues us to your school work. Are you finding that there is much more of an emphasis now on outdoor learning and indeed involving communities in your schools that you are working on? 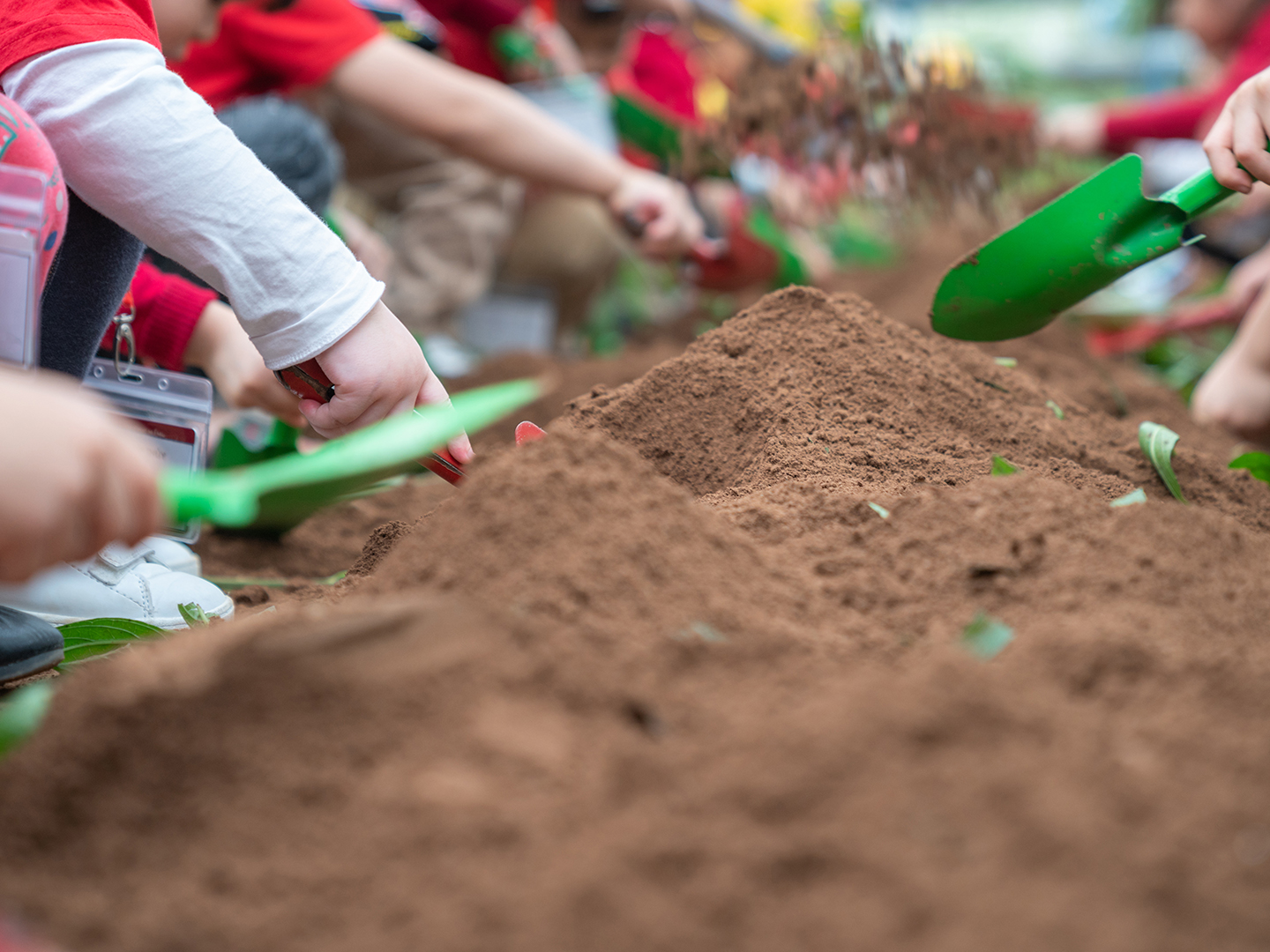 AP: Yes. There is lots of outdoor learning. I think that it's something that has always been there, and we've been seeing in a lot of our school projects, but I think Covid has exacerbated that, and the issues to do with needing social distance and being outside.  It's accelerated it but I think it's something that was always there, and it is really important. There are two aspects of it, really. The biophilic impacts that you get from being with the plants and reducing stress impacts and increasing opportunities to connect with nature. It is really good for releasing anxiety and we've got a big issue with young children and mental health at the moment. So you’ve got the mental health aspect of that as well, and the physical aspect obviously of getting out and about. And then at the same time the environmental positives from additional planting and having a greener school. But these play areas, we realised, are not really play areas; they’re learning areas. It’s not a playground, it’s a “you're having classroom outside today”.  I think it’s moving away from this sitting in a classroom learning from a book. It's “let's go outside; let's get involved, be stimulated”, and at the same time it's better for the children physically and mentally.

DT: And in the main how does that work with our notoriously awful climate? Is it external canopy structures, that sort of thing? How does it work?

AP: Yeah. I think you just kind of have to roll with it!

AP: Yeah, there are some canopy structures outside, covered areas, and I think just being flexible and (laughs) maybe adapting the timetable to when it's not raining than when it is.

AP: Yeah! Sometimes, you know, you have just got to get out there in the rain! (laughs) 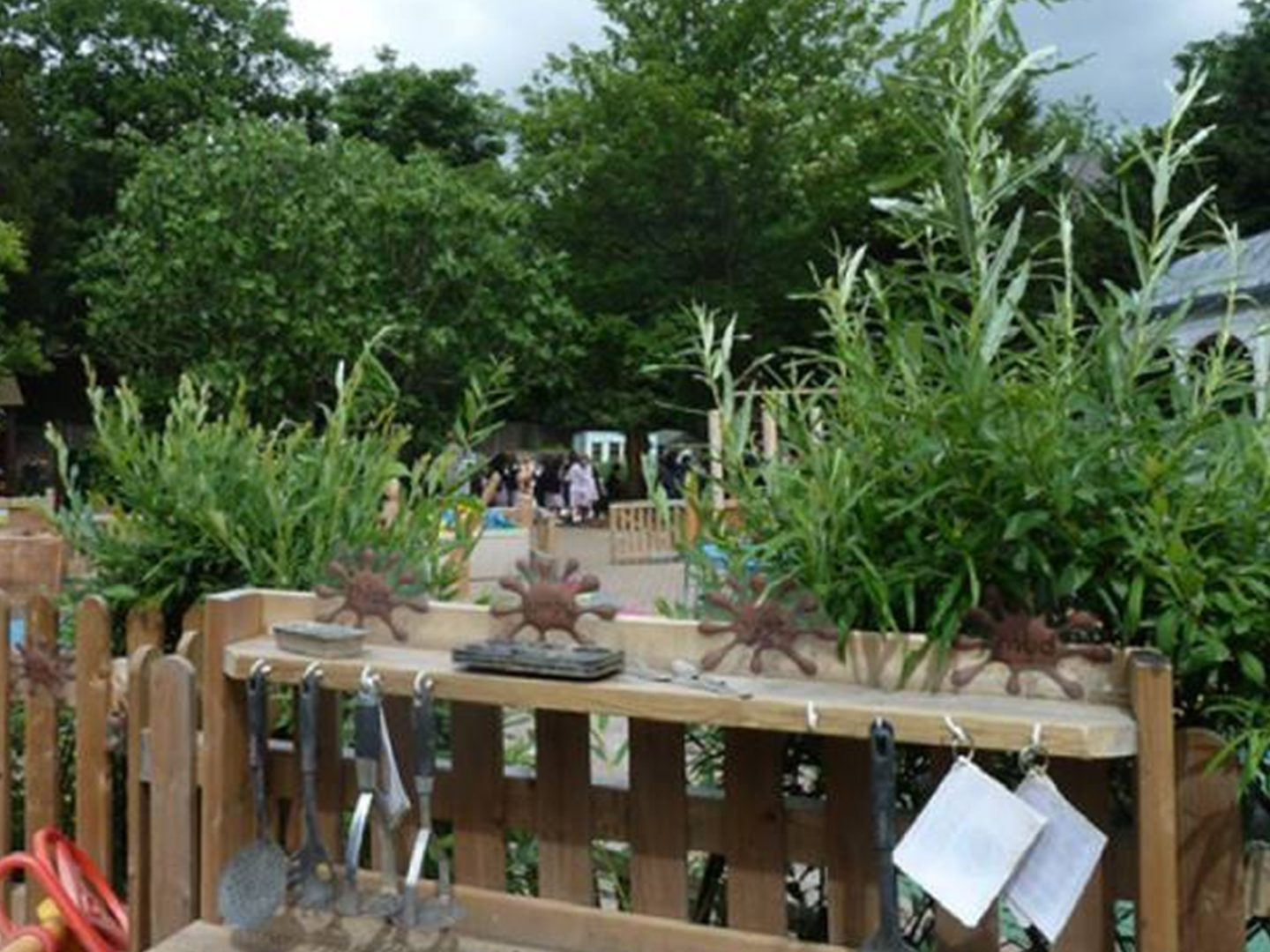 DT: Yeah. But that is a big thrust that you've noticed, is it over the last year or so? Is it changing?

AP: I think that yeah it is a big thrust. I think Covid has accelerated that and it's not so much of a nice to have, we must have these bases now and make them better and it is important for the health and well-being of children, learning outside. It is being encouraged by local authorities as well when we are getting planning applications in, as something they want to see. We had one the other day on one of our planning applications - they wanted a pond. Ponds are really good for outdoor learning and going outside and actually getting engaged and simulated around the pond. Things like that are much higher up the agenda than they were before.

DT: Is the community hub idea becoming more common amongst some of the projects that you're working on? You’re working at Northwood and Sutton High School and Brighton high and Streatham and Clapham High School. Are there any trends amongst those that you can pinpoint on the community aspect?

AP: Yeah! I think what is really nice when you look at the facilities that that a lot of schools are working on, they do have the community element, and this means that it is not only used by them, but it's used by the community. One school that we had in particular in in Northwood has a maker space that is used for learning as well as being used for engaging with the community. The community will come in and interact, and that's so important at the moment for health and wellbeing of the children and to get engaged with different groups of people and learn.

They have got nice initiatives where you've got older people coming in to use the computers and laptops and they are learning off the younger children. It is really important for both parties in terms of improving their health, and I think it's really nice to have these partnerships as well which benefit other people in the community as opposed to just the school. I think sometimes you think oh, it is just the schools that are going to benefit from that, but no, there is an opportunity for the whole community to benefit.

DT: Well,  it's nice to see some good news for a change, especially in these times, in tree planting terms! When's your first ceremony in a school grounds as a result of this carbon negative scheme? Have you got all that planned?

AP: We don't actually know when that is going to take place yet, but it would be good to get involved at some point! I don't know about logistics because it’s difficult at the moment, but it feels good that we’re actually contributing to that planting and it’s going to happen hopefully soon. We will have to get involved.

DT: That will be good to see. One last question: your carbon footprint will presumably in travel terms be that much less anyway across your three offices over the next period when you're calculating the year, so does that mean that you'll be doing less planting?

AP: No. The company we worked with had to establish a new way of calculating carbon footprint because we're not in the office and we are not doing much travel. But we are still using energy at home and they had to come up with a way to calculate home working that will be factored into it. And then on the other side we of course want to keep contributing - that's why we were keen to do carbon negative, post carbon neutral. We don't just want to carbon offset what we do, we want to give back more, so yeah, we're actually improving the impact as opposed to just covering off what our emissions have been. That is something that we are really conscious of and we’re going to keep doing. it's just an initiative now that we’re really excited to be involved in, so we'll see. I think the thing with tree planting as well is, if it’s schools in the UK it’s something that you can monitor and follow, so that's why we like that project as well.

DT: Magic. Well, congratulations. It sounds like a really great scheme so nice work, and see you soon! 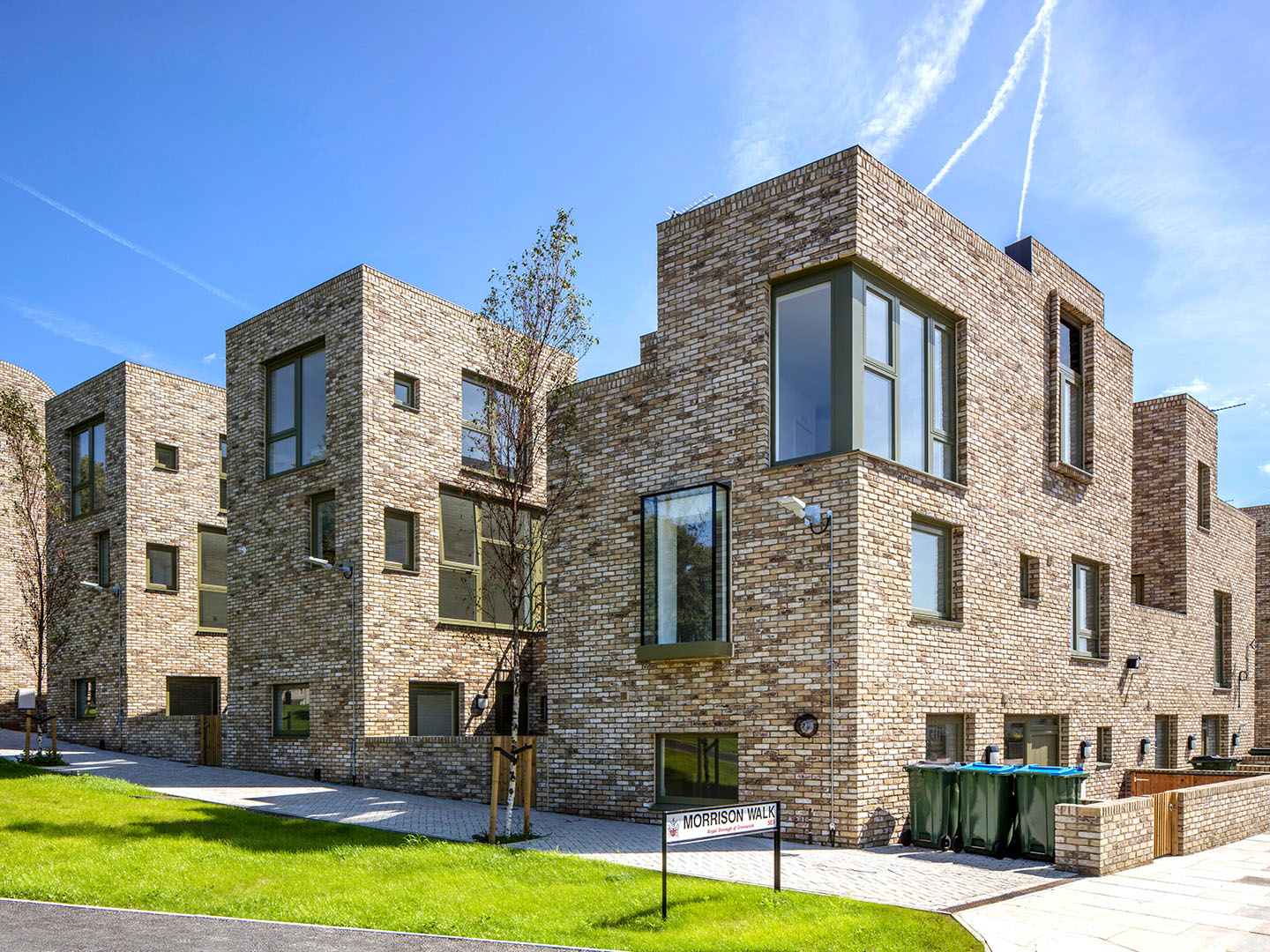 In the first meeting of 2021, the NLA Expert Panel on Planning came together to discuss pressing issues in the planning... 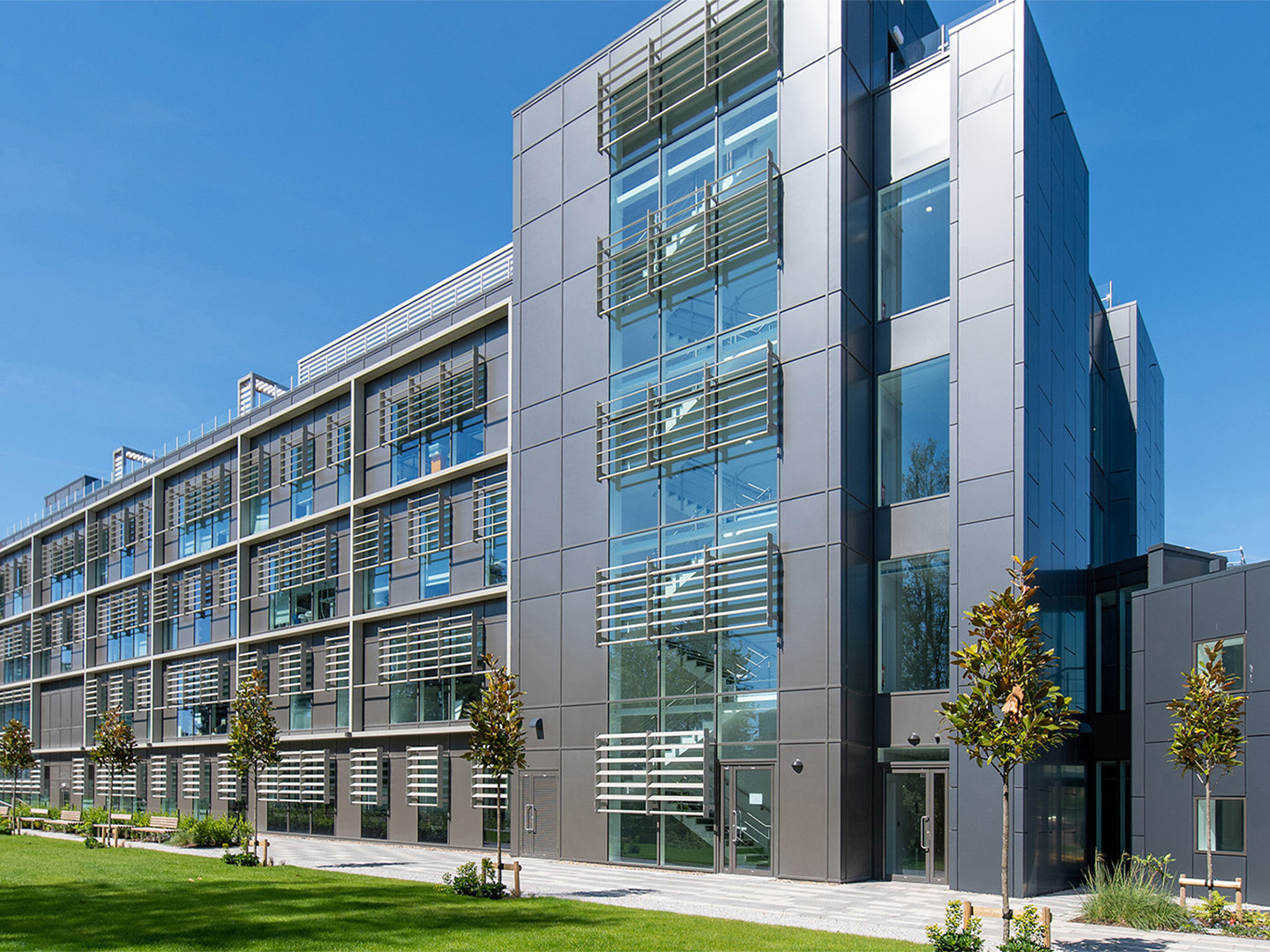 Are all jobs equal?

The Planning White Paper has been broadly well received, with its drive to bring more delivery and efficiency to the pla... 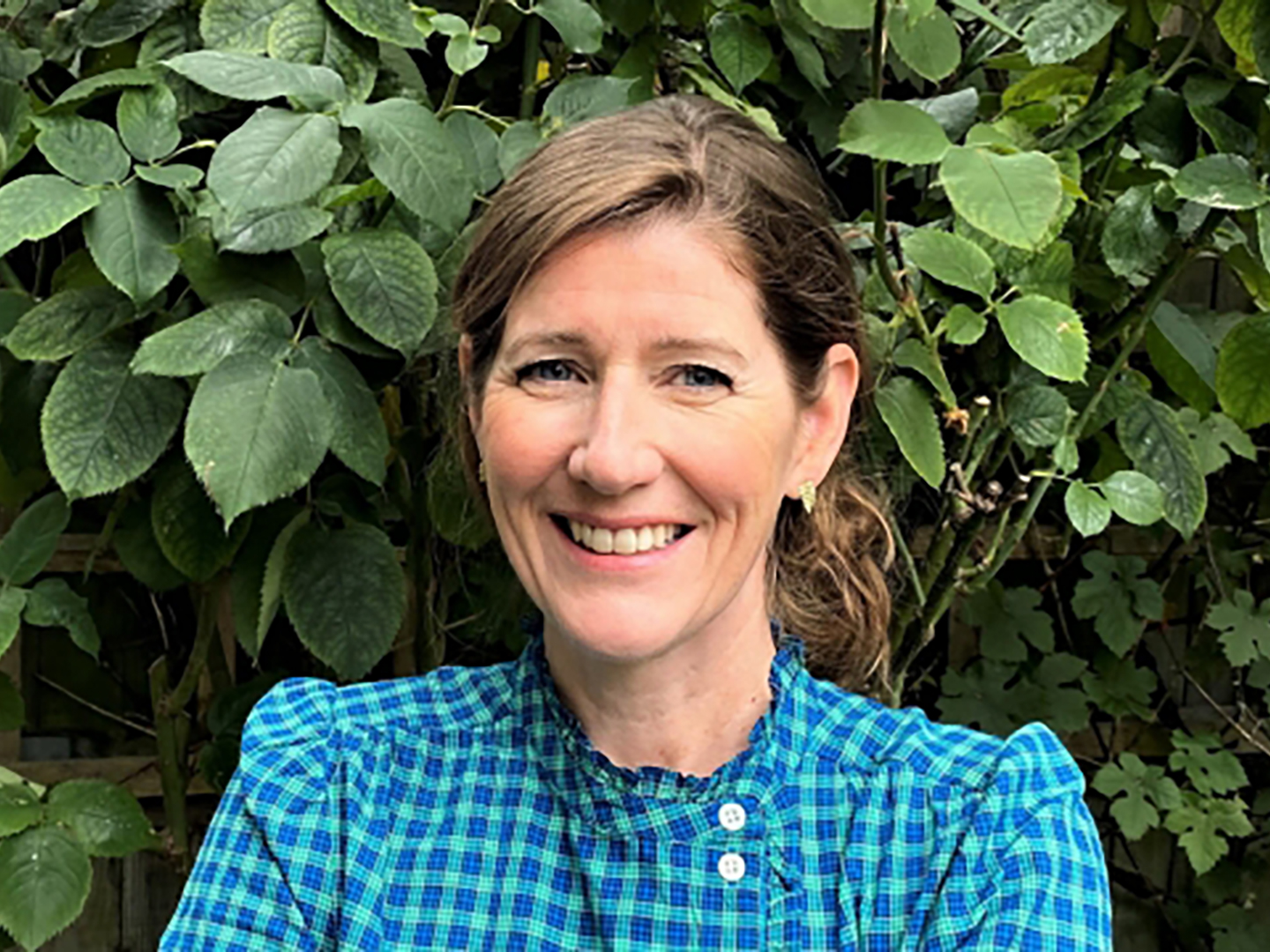 Chief planner Joanna Averley has emphasised the role design will play in a ‘reset’ of the planning system, with a messag...