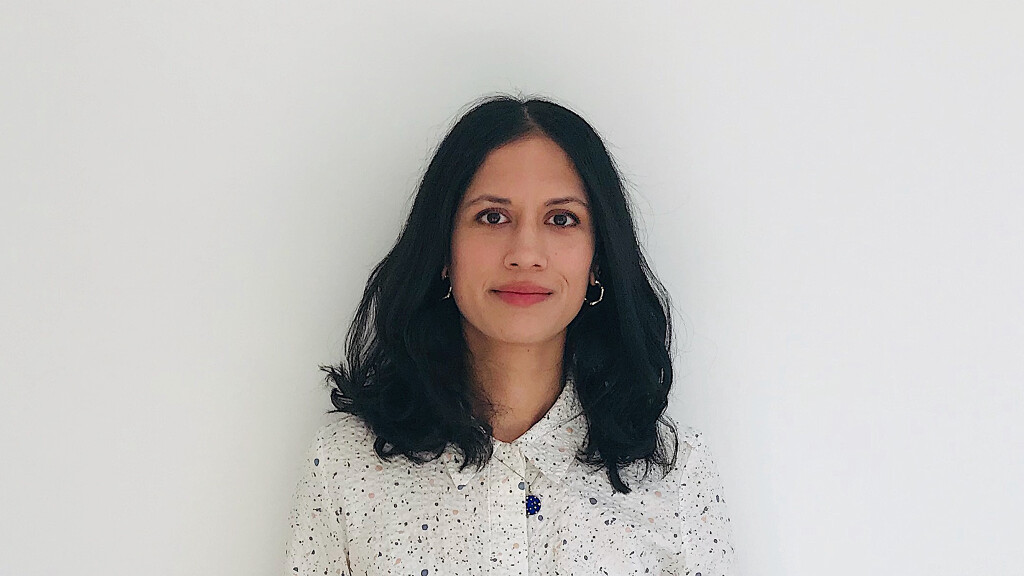 David Taylor: Hi Naila! How are you doing? How has lockdown been for you – if you can remember that far back – and are you transitioning to the office? What’s the situation with you guys?
Naila Yousuf: Hi! It seems like a lifetime ago now that we were all full-time in the office!
There’s a very strong student culture at our practice, which is one of the nicer things about it. It is a very informal environment and we often crit each other’s work and we’re familiar with what everyone’s working on.  That’s one of the nice things about being a practice of a size of 20, 25 people. When we realised that the lockdown was imminent, we upgraded all our IT systems to the point that within one week we'd actually been able to all work remotely from home, which if you had told me about a year ago that we would be that point…
But it's actually been really good, and we’ve been doing all our Zoom and Microsoft Teams meetings and it’s actually been working really efficiently.
At the moment I think a few of us are doing one or two days a week where each team has a day so we’re not overloading things and we’re social distancing. And then with the Museum of the Home the contractor has continued to work on site. They put quite stringent protocols in place – so things like separating canteens, all the operatives wearing masks, all that kind of stuff.  We did virtual inspections for about six weeks right at the start of lockdown, which actually worked quite well, using videos and photographs, and then have resumed inspections about a month ago now, where we go down one day a week. But the site’s so sprawling, it’s such a long building, that were able to work freely without coming across many operatives whilst doing inspections.

Plans for the Museum of the Home 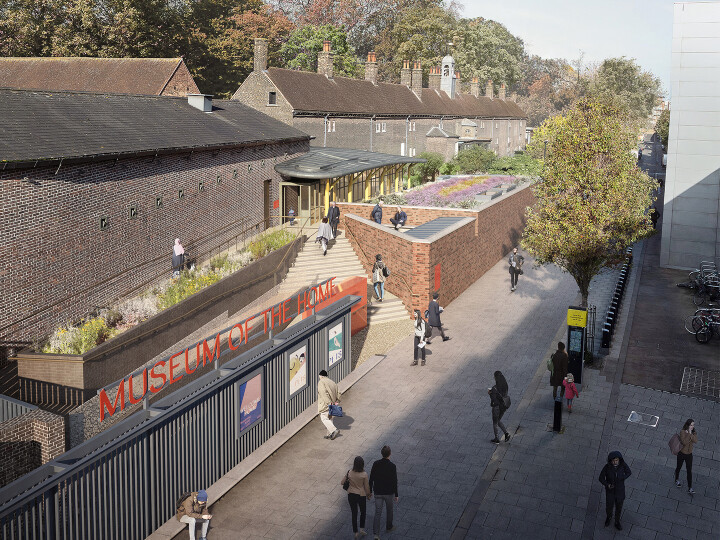 So: we’re in a kind of hybrid state at the moment where the odd day seems like it’s normal where we’re in the office or on site, and the rest of it still seems slightly alien. But I prefer to be around people – I like being in the office or on site. Being at home is quite good for certain tasks but for a lot of it - you know, that kind of impromptu spontaneous nature of just chatting to someone…
DT: Yeah
NY: …It’s the informal discussions, the chance encounters. When you’re at home on your own you don't stumble across things and great ideas
DT: I think that's right, yeah.
I am fascinated by the project the Museum of the Home, especially now, when it's a sort of daily reappraisal about what the home stands for, and with much more working from home during this pandemic period. Has that affected the project? Have you been rethinking some of the content, for example?
NY: Well I know that Sonia (Solicari) – who is the director and is fantastic, with loads of amazing ideas – has been involved in the Stay Home collecting project, which was to support the government's initiative of everyone staying at home under lockdown.  But it was also because of the Museum of the Home, where they are obviously interested in domestic life and the way that people live. It's kind of a very unique – well, we hope unique – moment in time or it's all something that's gonna be a reoccurring theme for the next 50 years – to document what home has been like for all different types of people. So they invited everybody – all members of the public – in an open campaign to submit a very short narrative about what home has been like under lockdown, as well as some accurate photographs. That is, in the sense of not going out of your way to tidy up your home, but to really show, for some people, what chaos lockdown has been like. Those people that have kids, for example, and some people who unfortunately don't have outdoor space as well. So, especially in London, you're kind of lucky if you live in a flat that has lots of outdoor space. 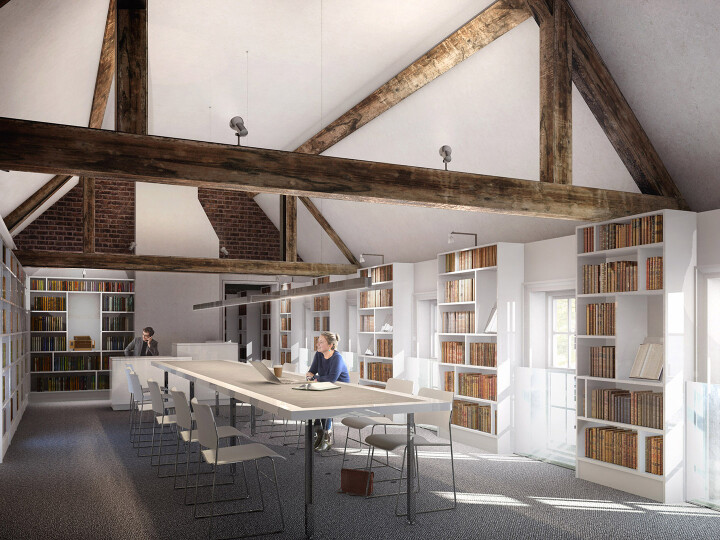 They're actually going to exhibit in an extended part of the Home Gallery, which is a new Gallery that they have in the lower ground floor space. Before you enter the Home Gallery which is all about home and what home means to different people there will be photographs as part of the Stay Home collecting project, but will be part of a permanent collection.
DT: Yeah. Wow. It is a fascinating project. I notice also that the Museum of the Home is the new name of the Geffrye Museum, and there was all that stuff recently about statues, and the statue I think has remained – (Sir Robert Geffrye) was a slave trader wasn't he? Anyway, what's your general feeling about museums as a sector? Are you worried about the impact of the virus on attendance figures? How is it all shaking down, as it were, with them?
NY: Well I think over the past 15 years there's been huge drives from the government and from other organisations to improve things like interactives in museums generally, so they've been rolled out across the board. But one thing is that the main challenge with interactives is that they often don't comply with social distancing or zero-contact things. You often have to physically pick them up in order to enjoy and be interactive. So I know that with Sonia and the team we have interactive as part of the main museum scheme but it's not totally reliant on interactive. It's something that supplements what is already quite a rich narrative as part of what the objects are, and the story that's already being told as part of the new Home Gallery.
But I think that that's going to be a challenge, and something that maybe a lot of the very large national museums will have to contend with. And then I think just the way that museums work; it is the areas where people congregate that they're going to have problems with. So: shops, cafes, loos; all of those areas. It is a new way of thinking, and I think that if you were to design a museum or an exhibition for a museum now as opposed to in January before lockdown happened, it would be a very different thing. I think that flexibility or the backstop contingency plan for if something like this was to happen again - there needs to be a plan in place so that you didn't water down the visitor experience. 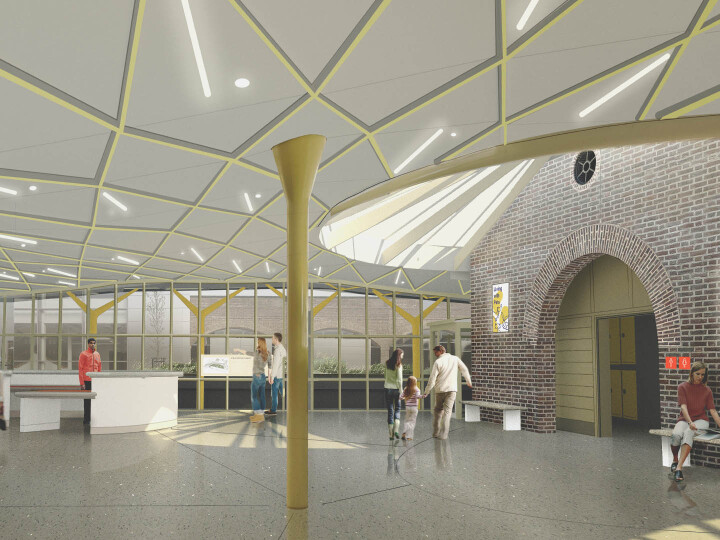 With the Museum of the Home and with it being such a long building with multiple routes to outdoor spaces, it hasn't been such an issue because the building is of a domestic scale and so long that often it's very much route-based. You don't have very large volumes or footprints with hundreds of people congregating, in contrast with a lot of the nationals, particularly places like the National Gallery. I actually haven't been since they reopened yet but I'd be interested to see what measures they put in place, especially in the areas which are designed for congregation; how they have dealt with that, or whether there’s just something simple like low-level barriers or something that physically separates one row of people from another.
DT: Yeah. And funding-wise? They're grant-supported are they?
NY: Yeah, The Museum of the Home is governed by the DCMS, and they have funding from the Arts Council, but obviously so many cultural institutions are targeting the same quite limited amounts of money. But I really hope that there are is other support and additional support that is offered to cultural institutions because it's kind of the one escape that you have at times like this. It is a form of escape, really, just engaging with something else, and to take your mind to another place.
DT: Absolutely

NY: It’s absolutely important that there’s a presence, and that museums and galleries are able to continue that presence.

DT: So, when is it on track to open?
NY: It might be later on this year, or possibly early next year. It is dependent on what mode they open in, and I really hope there won’t be a second wave – but all that kind of stuff.  There are plans that are being formed at the moment, but again those plans need to be flexible. It's quite difficult for a museum, because it's trying to plan reopening around a moving target, in a way. So they've got a few options and they’re developing all of those in tandem over a range of different scenarios.
DT: Well, thank you very much. Just one last question: how has being made a partner of the practice changed things? Are you in a different mindset now?
NT: Not automatically! (laughs) It only happened last Monday but I've known about it for a while. A few people have been calling up and asking if I knew it was going to happen but yeah, I did know! I don’t think they’d do that without asking you! I think once the Museum of the Home finishes – it has been quite a large part of my life, about five years now I've been on the project - and I've given it back to the custodians and they’re enjoying it and visitors are enjoying it, I’ll get my head around moving into new opportunities, I think
DT: Well, congratulations!
NY: Thank you very much David! Bye! 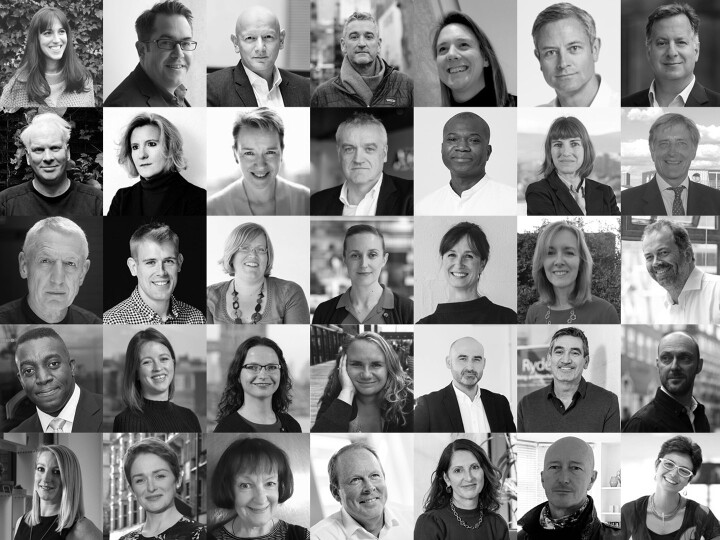 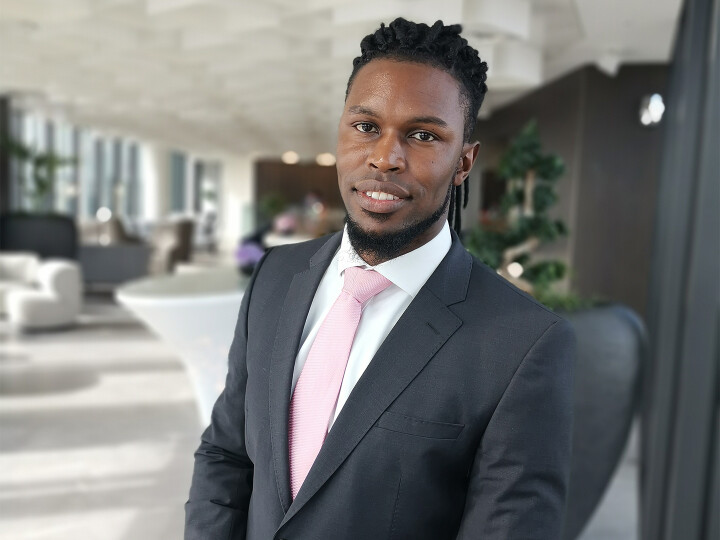