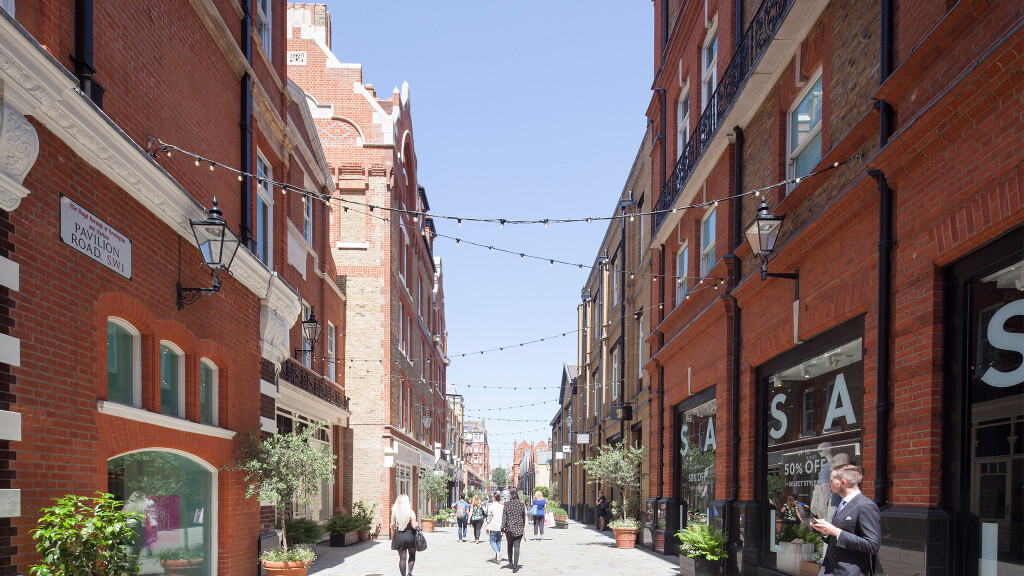 The Great Estates are pulling out all the stops to help retailers, restaurant and bar owners, cultural institutions and residents in their localities, improving public realm and enjoying good support from local authorities and BIDs. But government’s latest ‘tiers’ approach has proved a setback to progress and London needs a joined up vision and a long term strategy to get past the Covid-19 period, bring certainty and a viable future for the capital and beyond.

Those were some of the main points raised by key members of the main landed estates in an NLA Think Tank session held last week, many of them admitting they were in the ‘eye of the storm’ following new ‘tier’ arrangements heavily affecting the hospitality and cultural sectors.

Chair Peter Murray said that everyone is united in the need for the central activities zone to remain strong and recover as soon as it can, and James Cookesy of the Crown Estate said that its approach had meant creating packages for smaller, independent businesses, rent-free periods and moving to a turnover-linked structure. Not reverting back to a 100% base rent outcome in the long term will result in more sustainable series of relationships, he said, and the Crown has also been occupied by promoting the area to try and welcome people to the West End, prove it is safe, ‘and remind them what an amazing place it is’.  Part of this is work to take Regent Street to one lane in each direction, introducing greening and trees, which was done ‘in super quick time like nothing I’ve seen before’, he said. ‘It’s really taking advantage of a sort of general willingness to be agile and think about things in a different way’.

The Bedford Estates’ head of commercial, Andrew Preissner, said its approach had been ‘light touch’ with its retail portfolio ‘with the main objective being keeping the lights on’ but it is lucky in terms of its public realm and five squares on the estate that had been put to good use, with the creation of more bike parking another improvement it is making. Grosvenor, too, has adopted more of a ‘case by case approach’ across its portfolio, working on diverting its support to those who need it most, said its interim director for the London estate, Piers Townley. It scored a success by extending its own Eat Out to Help Out regime and has introduced new outdoor markets that have increased footfall by 50%. ‘So we know there are things that we can do to attract more people back into London’, he said. It is now concerned with Christmas and what can be done beyond traditional lights, while being appropriate to social distancing. But the message about the safety of public transport is not getting out, Townley suggested, which is in turn meaning that a ‘tipping point’ for more office-returners is not being reached. 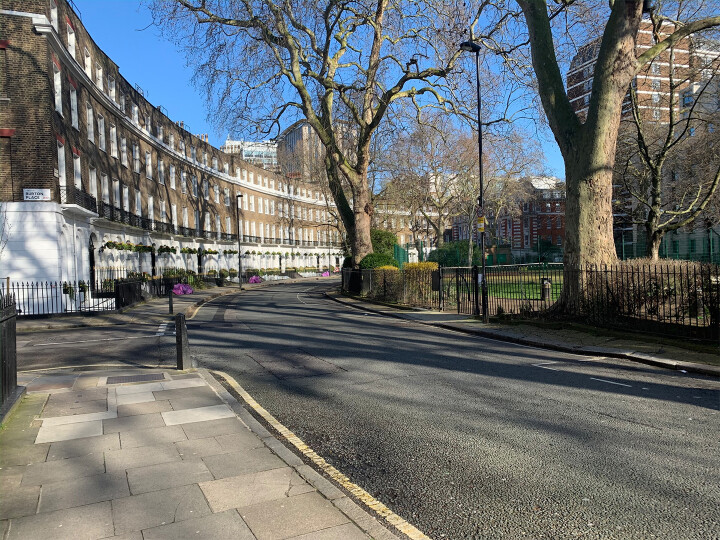 Hugh Seaborn, CEO of the Cadogan Estate, said the situation was ‘filthy’, with footfall down around 30% and trading for retailers consequently difficult. It set up a Business Community Fund to provide support and relief to occupiers, deferring some rents and moving to turnover rents with some restaurants, or providing rent-free in exchange for lease extensions for some of the bigger brands - ‘we win and they win’. But it has been exposed to significant issues in hospitality because it owns hotels and the Cadogan Hall, the latter of which has been hit ‘very badly indeed’. Seaborn said the estate is bringing in pop-ups and ‘animating’ the area, had provided boutique hotel accommodation for NHS staff, and helped the concert hall to partially open to provide more ‘life’ to the area, along with support for the Saatchi Gallery for much the same reason.

‘People are stuck at home, so they are looking for more entertainment, more treats’, he said. But the Tier 2 guidance is ‘not helpful’, Seaborn added.

The estate is now looking to ‘winterize’ the area with umbrellas, heaters and rugs to try and keep the restaurants going, and, Seaborn said, the cooperation from councils had been ‘tremendous’, not least in helping them create a pedestrianisation scheme and ‘five minute village’.

Mark Kildea of the Howard de Walden estate, said they too had made offers of rent-free periods but also a system of ‘targeted assistance’ and ‘rewarding good behaviour’ from retailers, while others such as – he cited – Boots have simply ‘not been playing fair’. It was important to help smaller retailers through the ‘huge bump in the road’ – albeit perhaps not those which were a ‘busted flush’ beforehand. Some of the medical outfits in the area had also reported that their profits have suffered from a fall-off in overseas customers. With little in the way of public realm in the area, that has been challenging, said Kildea, but HdW has initiated a temporary pedestrianisation of Marylebone Lane, benefiting from a situation where the council’s attitude has changed ‘dramatically’. ‘Things can happen more quickly than they ever have done in the past’, Kildea said. The pandemic has also brought the HdW estate to see the importance of its own staff and how being back in the office could support the struggling businesses in the area. The next phase, however, is a real concern, Kildea added.

The Portman Estate’s chief executive Oliver Fenn Smith said it was also a case of rent deferrals for independent retail, restaurants and hotels and then conversations about moving to turnover rent. It has been working on digital marketing, has reported good rent collection in residential and is working to help office tenants with direct exposure to pandemic issues. September had started to look better, with footfall increasing and a sense of office workers returning, but the new measures represented something of a ‘slap in the face’. In South Kensington, meanwhile, South Kensington Estates’ managing director Tim Butler said that a strong residential community and localism had really helped across London, but in its case, with many residents returning to their home countries, some wealthy residents disappearing to second homes, and others leaving empty their properties bought predominantly as ‘gold bars’, that strength had been somewhat missing. The museums opening had been a boost in bringing visitors back. Moreover, Brian Bickell, chief executive of Shaftesbury, said the key message was that it would not prosper if its tenants are not prospering but that he remains optimistic that the city is in good hands. ‘I have great confidence in the recovery of central London because of people like us; the long-term owners will see this through’. 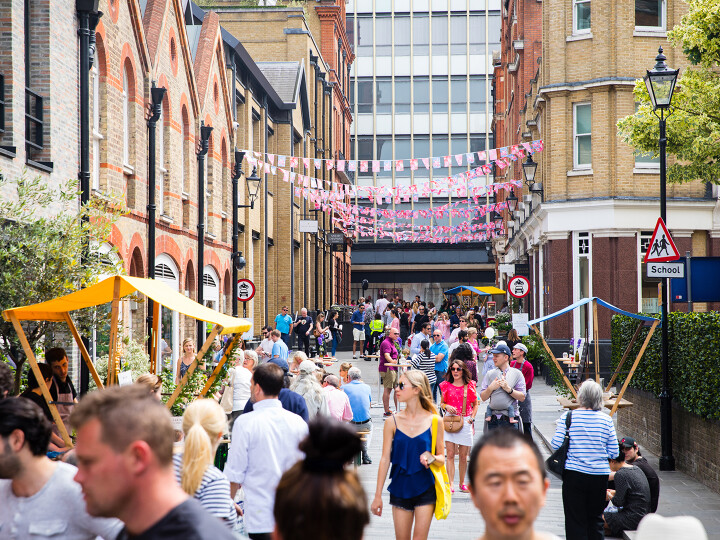 Soho Estates managing director John James said that the economic climate had ‘slipped down a notch’ with many more companies asking for help, despite the success of the Soho Al Fresco project and the very positive and swift support offered by Westminster City Council. James cited direct access to the leader in the cabinet and having six politicians on one screen at the same time as having been helpful, certainly in that last regard, but small businesses of the type that form the ‘DNA’ of Soho were not going to survive without assistance,. So they have come together to form the Soho Business Alliance to help do that and form an effective lobbying voice into the future. Soho Estates is not a ‘bottomless pit’, however,, said James, despite the plentiful entreaties from local firms.

‘We’ve got to be pragmatic with the people that need help and not support the people who are just trying to get an advantage’, he said.

Anthea Harries, head of assets at Argent, said the morale of the asset team was ‘really low’, with staff having to ‘firefight’ and have ‘really difficult conversations, day in, day out’. It has taken a quarter by quarter approach, looking to reduce base rates and also move to a turnover model but the important thing was to understand the data, she said. Investing in analytics to assess performance will help it understand the operators that ‘resonate with the local community’. Coal Drops has ‘not quite worked’ in terms of its retail mix, Harries added, so the important lesson would be to ensure it provides the right amenities and services for people that live on the estate and surrounding area. ‘So we’re seeing it as an opportunity’. Google’s ‘very bold statement’ about their staff not having to come back into the office had also had a great effect – the King’s Cross building holds some 6500 people but had just 20 people in the last week, but it has urged proactive restaurants to come up with plans for open spaces, and even covered and heated places where people can work.

Despite some of these reassuring efforts being made by the Great Estates, there was still a need for a vision, however, said Cookesy. ‘Big cities are being challenged as to what they’re for, and what they provide for people’, he said. Trying to find a way to bring leadership together across the GLA, Westminster and central London will be crucial to remind us what London is for, and what it does for the country, he added. Other cities across Europe have changed the dynamic from traffic-dominated city centres that are not good for air quality and sustainability. ‘You have to take a long-term view, but you also have to be joined up and I think that’s what the city needs’.

Seaborn added that although the situation is challenging at the moment and everybody is carrying a big burden, he was optimistic about coming out in good shape if support continues.

‘It’s rather like if you go on a fast or an exercise bench – you come out of it fitter and lighter and stronger…We’re going to have a lot of really exciting young businesses come through. We’re going to take some pain on the way, but I think things are going to be a lot brighter and a lot fresher’. 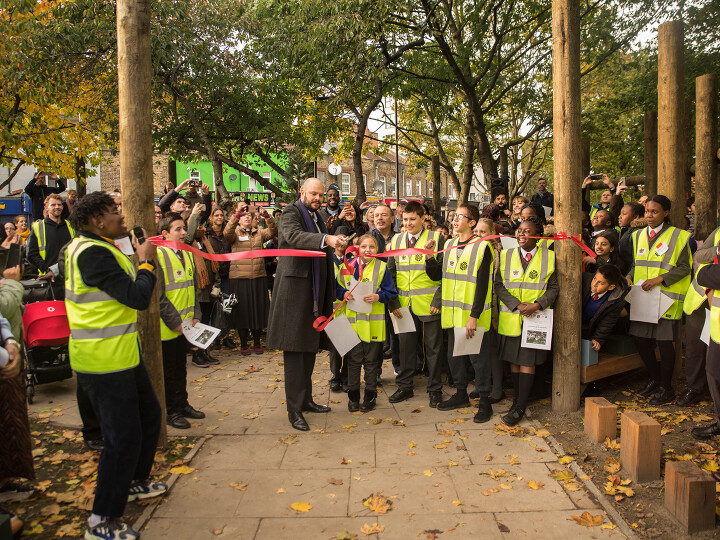 Next decade will refocus industry on community value

We must celebrate and learn from projects that make a meaningful impact on the places where they’re located. The NLA Com... 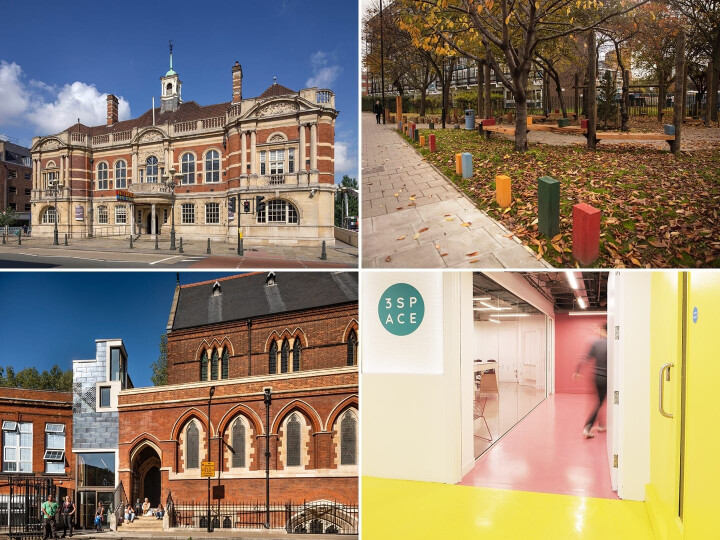 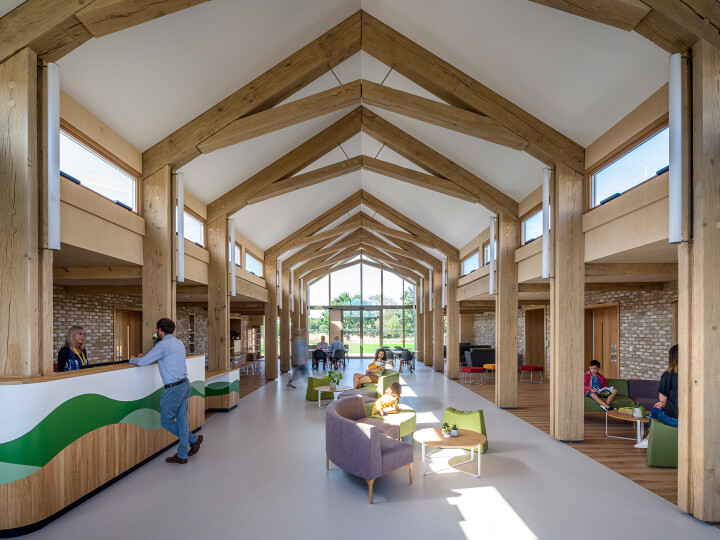 Observations on the Wellbeing Category

The Wellbeing Prize at the annual NLA Awards celebrates how the quality of air, water, light, and comfort have been cons...