Returning nature to the city with Cator Park 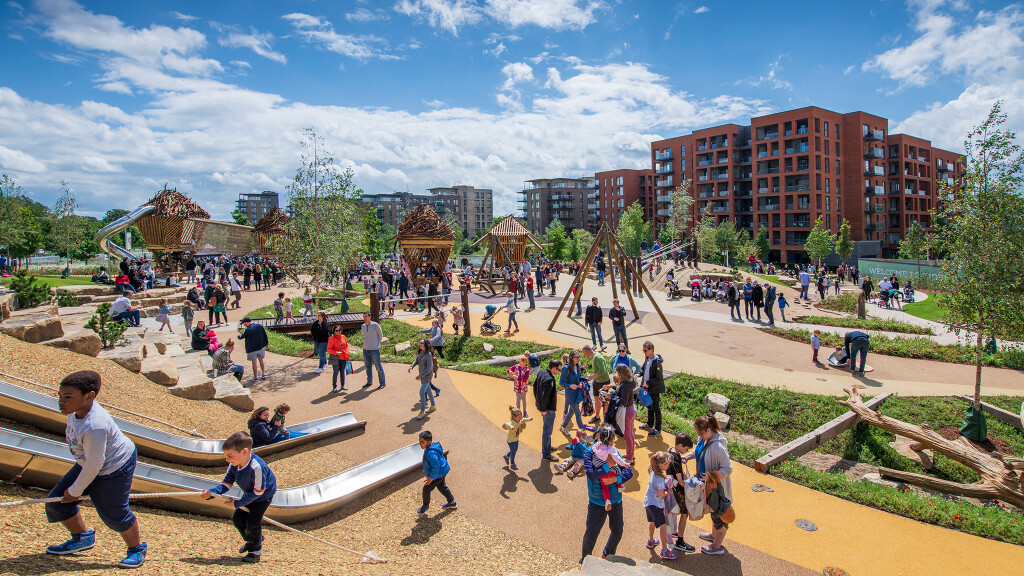 HTA’s redesign of 8.1 ha Cator Park in Kidbrooke Village opened to the public last year. Working in collaboration with the London Wildlife Trust, the scheme returns nature to the city and challenges the perception that urban brownfield development cannot contribute to the wider ecological and biodiversity network whilst creating successful spaces for the community.
We responded to the brief with a landscape led vision for Cator Park and the wider Kidbrooke Village, proposing a mosaic of varied habitat, topography and biophilic spaces including lakes, WSUD wetlands, meadows, open amenity and wild spaces. These wilder green spaces provide more valuable habitats for birds, bees and other wildlife, as well as dealing with local flood mitigation and water management, and providing more interesting, varied and engaging places for the local community to spend time close to nature. This project is on course to deliver a 160 % gain in biodiversity based on DEFRA’s own metrics and provides valuable lessons for how traditional urban parkland can be adapted to help nature recovery.
© Nick Harrison 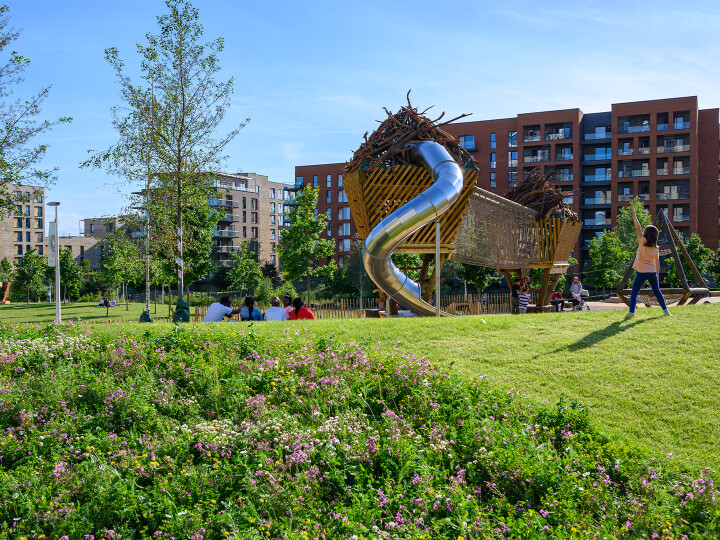 Drawing upon the history of a lost river that crossed the site and from where the village takes its name, the Lower Kid Brooke, a new chalk stream creates a palimpsest of the ancient waterway as a dry chalk stream winding its way from the north to the south of the park. The chalk stream forms the backbone of the landscape approach, connecting the existing water bodies with a dry riverbed, acting as a path and inviting the public to discover and interact with the natural environment.
At the source of the chalk stream we have created a 3,000m3 wild play space creating a biophilic experience for ages 0 to 100. Limestone outcrops and climbing walls enclose the space and bespoke natural play towers create a dramatic focus the space, materials used in the construction have been repurposed and upcycled from standing deadwood trees, air preserved and reused as climbing frames to greenheart groynes pulled out redundant Thames jetties to be used as climbing walls and benches.
Not only has nature returned to the site but the parkland transformation has received an overwhelmingly positive response from local residents. This new park offers a legacy for the local community & London.
Kidbrooke Village received the Mayor’s Award for Sustainable and Environmental Planning in 2020. The scheme also won: