The return to the office…what office?

Architects, agents and developers are predicting that around 70% of workers will return to offices before next May, aided by evolving technology and a Covid vaccine making an impact in the wider world. But although a ‘hybrid’ way of working - perhaps two or three days a week at home will persist – the notion of the physical office may be ‘cemented’ by people’s desire for collaboration and creative, face-to-face encounters.

Those were some of the sentiments to emerge from a special NLA Think Tank session held last week with key practitioners relaying their experiences from the coalface of office development.

Their task was, in short, to debate the question that with so much in flux as a result of COVID-19, what is the future for the office?

Over in Shanghai, said NLA curator-in-chief and think tank chair Peter Murray, things are around 90-95% back to normal, save for a lack of international travellers. But how is London shaping up in relative terms when it comes to the pandemic’s effects on the world of work? And were there any positives?

EPR board director Jason Bals said that If there was an upside to COVID it was in a return to localism and working more locally. But the hub and spoke idea that is often talked about in many circles only works for the really ‘biggest of the big’ companies, said British Land’s head of leasing, Mark Wiseman. HB Reavis UK CEO Steven Skinner agreed, saying his organisation had attempted this model on themselves but were not big enough to make it work economically, given its 150 staff. But perhaps something was missing from people’s workplaces if they don’t want to come in, he suggested. HB Reavis has had a flexible approach to staff working but enjoys 95% occupancy in the office, all the time.

People have got used to the idea of working from home, and local neighbourhoods are ‘absolutely packed’, said Linzi Cassels, Principal Design Director, London, Perkins and Will, but we must remember that the office represents a ‘culture’ for people too, added Oliver Bayliss, Director, Buckley Gray Yeoman. ‘If we disperse ourselves too much then we erode the company culture and we erode the brand identity of the companies that people work for’, he pointed out. The central office will always be that ‘beacon’ without which work becomes unattractive. Bayliss added that the ‘sweet spot’ is perhaps to come in for two to three days a week for collaborations, but although a ‘hybrid model’ is here to stay, a city centre location ‘cements’ this as perhaps more important than before.

For Katrina Kostic Samen, Head of Workplace, Strategy and Design, Savills, the news of a potential vaccine could herald a ‘revolution’ about to happen in workplace and a period of ‘action leadership’, but the repurposing of ‘quirky’ buildings and reuse of car parks or shopping centres was of key interest. John Avery, director at LOM, said his practice has been talking to bank clients for several years about what they can do with unused space above branches, and that feasibility work was now looking ‘a lot more realistic’. But this COVID period has mainly forced people to ‘rethink working’ and perhaps look back on this time as a positive period in which senior leaders could look at their space anew. ‘It’s made senior leaders look at all that empty space and realise how uninspiring some of it is and how much potential it’s got, and to think about it as an asset that can be improved’.

Indeed, said Benjamin Koslowski, Research Lead, Fletcher Priest, it was more the final chance for the office to reimagine itself than its death. Commuting has always been the biggest downside of working in an office for everybody, said John Robertson, Director, JRA, but it was folly to write off the office just yet. ‘I think we’re going through a blip’, he said, with downsizing a temporary thing and business as usual returning perhaps in around a year, along with normal discussions around new trends in office buildings.  Until then, though, the economy will likely be a ‘W’ shape rather than a Nike tick.

People want flexibility, principally, said G&T partner Rob Webber, not least for the opportunity that provides to give people a greater sense of wellbeing and mental health benefits from extra time and no commute or a ‘rushed’ kind of day. But the impact on occupiers was also important to consider, given that they are under pressure to cut costs and may not be as open to paying for lots of flexible workspace memberships as people might have thought. Even two to three days a week from home means a significant reduction in the scale of office space in central London, with ramifications for vacancies and rents. At this stage, occupiers do not really know what they want to do, said Wiseman. ‘Any decision that can be put off is put off’. Agents are trying to let huge volumes of space in London, in some case offering 40-50% reductions, which will have a significant impact. ‘But I speak to lots of people at the school gates who don’t want to go into the office again and they really mean it’.

This presents problems for the employer who wants their employees back to serve their contractual obligations, said Kostic Samen. ‘I think 70% of the workforce will be back in the city by 1 May next year’. In the meantime, there may be a reappraisal of densities as well as the need for greater flexibility, said Federico Garcia Parra, Senior Director, OTIS Elevators, with more ‘dynamic’ workplaces. But this period of working remotely has also built up trust between employers and their employees, largely because they have not seen productivity fall.

Technology will also advance. The digital revolution we are now in, said Cassels, was simply using the tools we had already, more. The big challenge will be in blending meetings with people working from home and in the office. ‘We just haven’t got the types of space that can really host that right now’, she said. ‘I think our offices will start to look very different’.

We are perhaps still in the early, ‘brick phone’ era of this in Zoom technology at present, added Bayliss, and things will only improve in terms of fully immersive technology, led by the gaming industry if anything changing how we interact with each other. It will never be as good as face-to-face, though, and as that becomes more sought after, it will cement the status of the office building more. A higher percentage of office space will thus be given over to collaborative and social spaces, suggested Koslowski, and a much smaller area given over to more formal traditional work.

One client Cassels is working with, moreover, is already making something of a similar switch, swapping their ratios of 70% desking, 30% collaboration space to the other way around. How could they do that without the right data on how people use the space, asked Skinner. Perhaps there was an ‘acceleration of trends’ going on. Wiseman said he was nevertheless ‘incredibly bullish’ about the role the office could play, even if he had concerns about the ‘lag’ between investors and the need to encourage and bring people back. Some clients are investing, but in terms of space reduction, said Avery, putting money into the buildings they keep but in things like lightweight sliding curtains and whiteboards to create adaptable, flexible space.

The session also looked at recommendations made in the last meeting on workspace, Cassels adding that there is work to do in ending wastage in office fit-out. ‘There’s just acres of stuff that is thrown out at the end of every fit-out cycle’, she said. ‘That’s something we need to be mindful of’. Other points included the need to do more retrofitting and refurbishment in the name of sustainability, especially rising to the challenge of dealing with ‘obsolete’ buildings of the 1960s and 1970s; integrating workspace with transport infrastructure and recognising the road closures and reduction in traffic that resulted from lockdown, alongside a growth in cycling and walking, with the City of London being something of a model in that respect; the need to improve London’s affordable office space provision; and to alter planning guidelines to allow more mixed use – the marketplace, the cinema, retail, restaurants – including offices at ground floor. 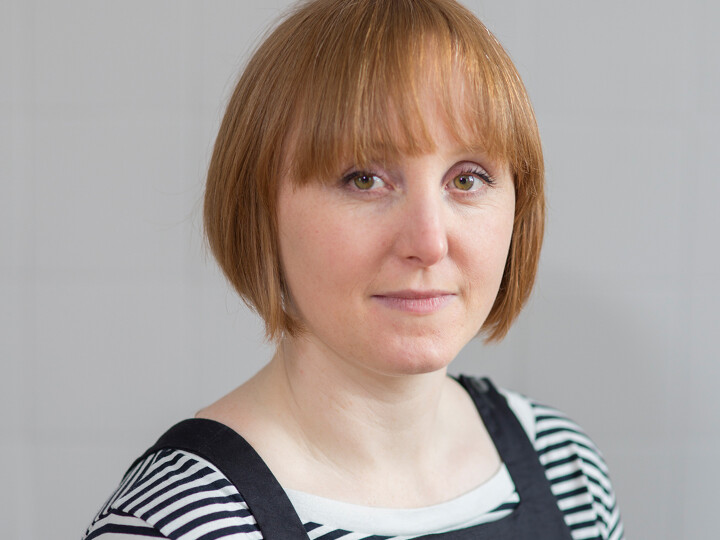 Five minutes with… Holly Lewis, co-founding partner, We Made That

David Taylor catches up with We Made That’s Holly Lewis to talk about RE-SET-GO, a new work experience initiative she ha... 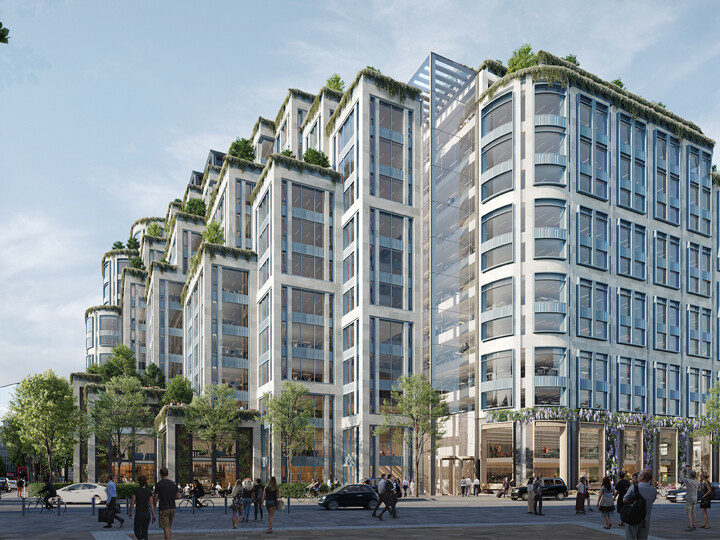 Yes, we can build better

Hilson Moran has been involved in six of the NLA Zero Carbon London showcase projects. What is incredibly exciting about... 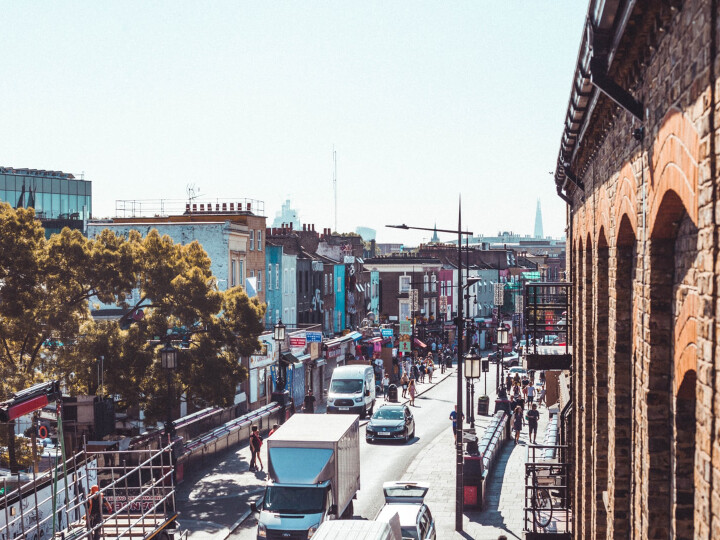 Neighbourhood planning can be a powerful tool to engage with and help communities to deliver growth, fostering relations...