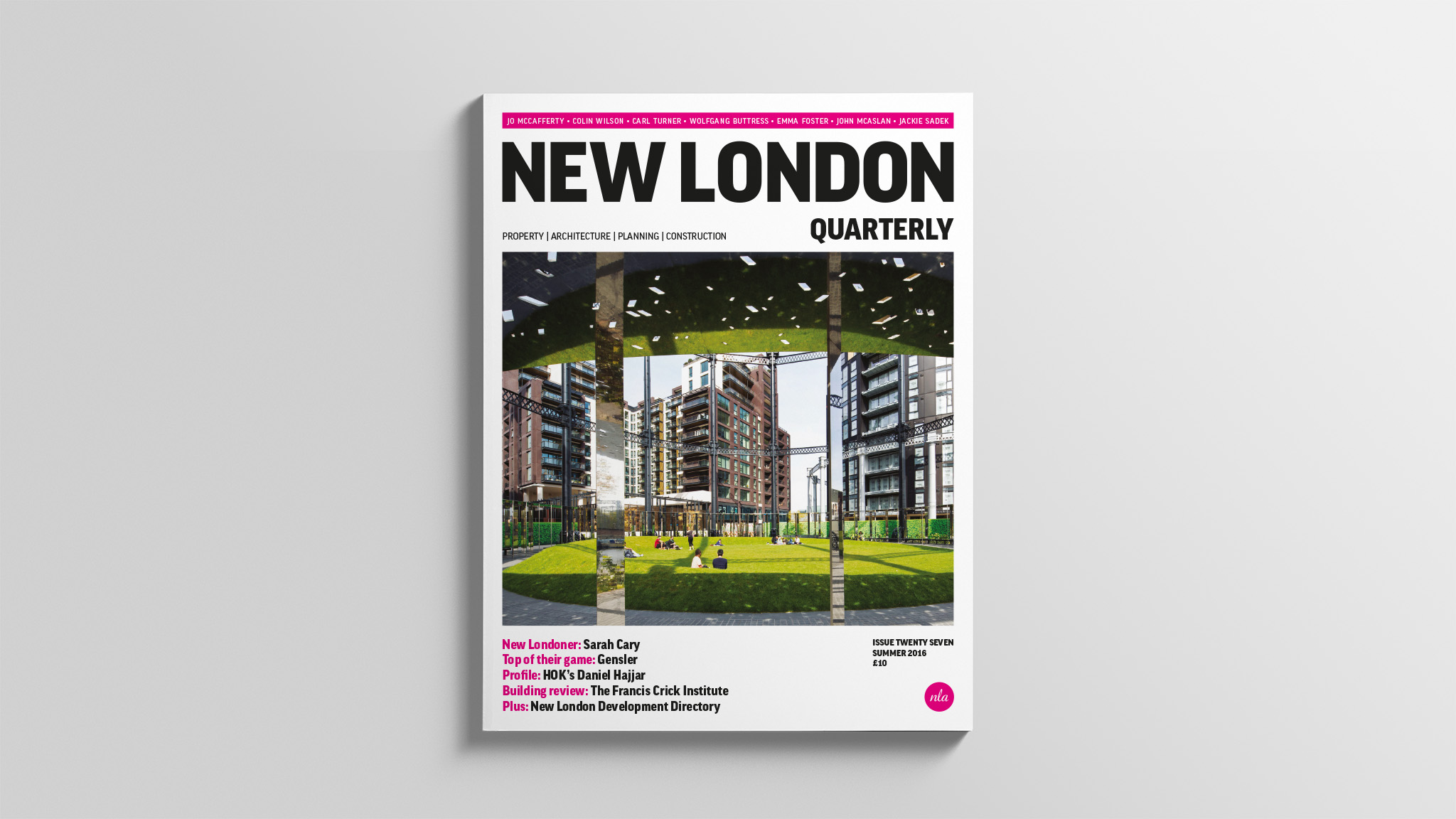 In this issue of New London Quarterly we look at Americans in London. Our New Londoner this time is Sarah Cary, a Texan at British Land and a cyclist with a passion for sustainability across the developer’s portfolio and beyond. Top of their Game is Gensler, founded on near-Hippyish principles by Arthur Gensler in ’60s San Francisco but now making waves in the UK with new of ces and a loose advisory role with Number 10.

Elsewhere in the magazine we continue our quest to give more exposure to up-and-coming practices with a look at Carl Turner Architects and Bell Phillips Architects. There are opinions on subjects ranging from housing for the elderly to Colin Wilson’s sequel to City in the East ... City in the West, plus capital ideas from practices including Rogers Stirk Harbour and Fletcher Priest.

New Londoner
Peter Murray catches up with British Land’s sustainability supremo, Sarah Cary
Next Gen 1
Pop culture – Carl Turner Architects on the practice’s story so far. By David Taylor
Next Gen 2
Bell Phillips talks to David Taylor about turning 12 and scaling up, branching out
Profile
HOK’s managing partner Daniel Hajjar tells David Taylor about the firm’s new goals
Top of their game
Gensler on how it is using a move to new premises to galvanise the ‘one firm firm’
Project preview
Artist Wolfgang Buttress on The Hive project at Kew Gardens he’s created with BDP
Building review
The right medicine – The Francis Crick Institute in King’s Cross gets the NLQ treatment
The directory
Our guide to the companies and properties in London, complete with agents’ views on specific areas