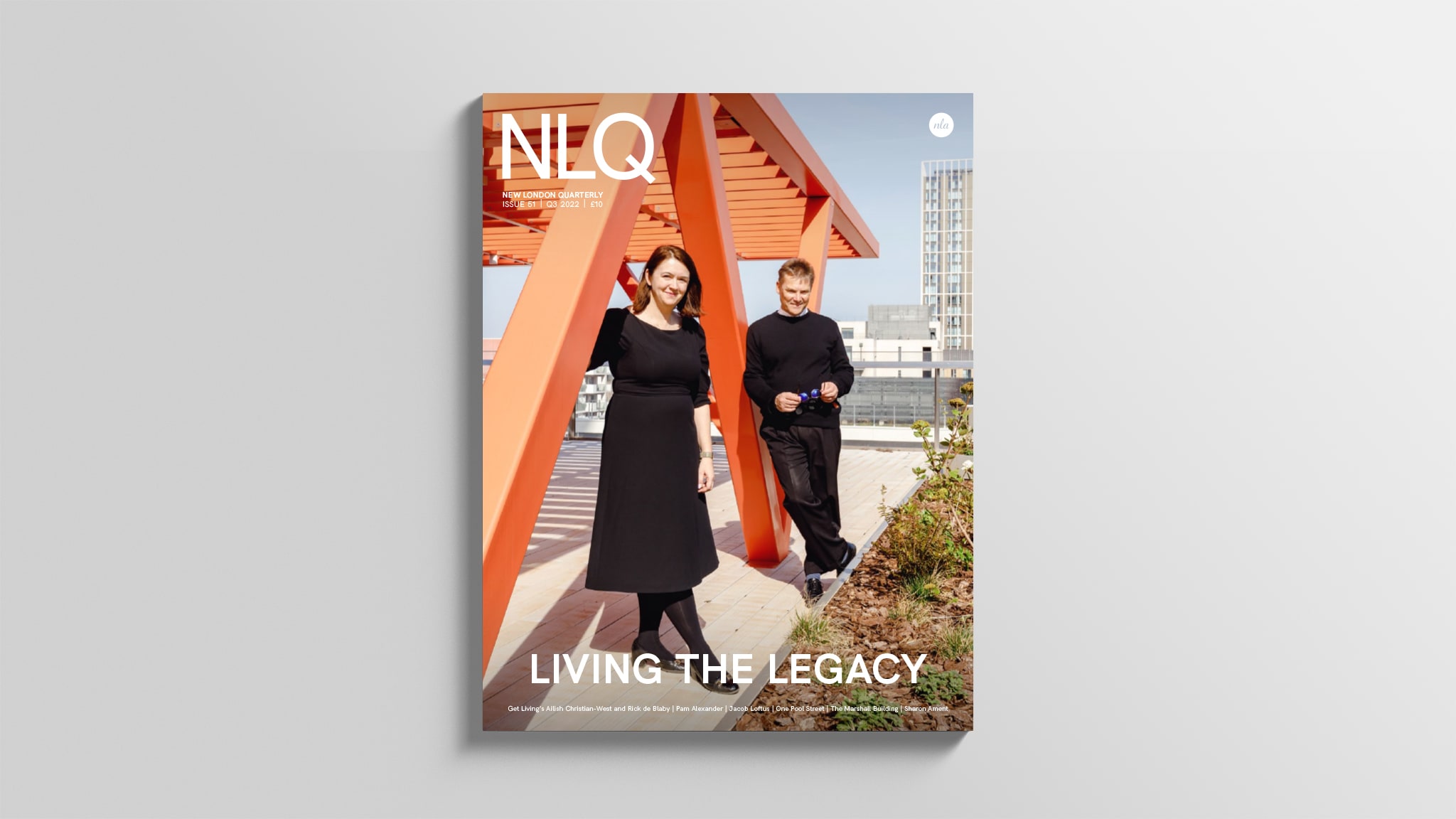 The London Olympic and Paralympic Games of 2012 did so much to shape the capital as it is today. So, to mark 10 years from then to now, this issue of NLQ will attempt to both celebrate the event’s impact and look forward to London life beyond.

In our Olympics special, we trace the path from the announcement that the games were coming to London — on the day before the birth of NLA — right forward to the plans, the events themselves, and the legacy issues that drove the winning bid once in reality mode. We feature an interview with Ailish Christian-West and Rick de Blaby of Get Living, who are pushing on with the transformation of an athlete’s village into a living, breathing, attractive place at East Village. We talk to Pam Alexander of the London Legacy Development Corporation about transforming what was ‘an industrial wasteland’ into a place spreading benefits into communities in the east of the capital. Hopkins’ Mike Taylor talks through his groundbreaking design for the velodrome at Lee Valley VeloPark. And in the first of two building reviews we look at the latest addition to the post-Olympic built landscape, UCL’s One Pool Street, which will bring more students into the area alongside the similarly transformative East Bank project.

Elsewhere in the magazine the second building review looks at another London educational institution — the LSE’s Marshall Building by Grafton Architects. Meanwhile, Sharon Ament of another institution, the Museum of London, lets us in on her My London favourite haunts. And in a new feature we go walkabout with Nick Searl at another major new piece of the London landscape — Related Argent’s Brent Cross Town.

Fabrix takes us through the issue of recycling steel, we present the London Festival of Architecture’s main highlights, Peter Murray reviews the latest crop of building books, and David Seel of Robert Bird answers our questions in Coffee Break as part of its own 40th anniversary celebrations.

10 years on, London’s Olympic legacy, of course, is still ongoing. But the benefits of a fixed-deadline, world-class event in forcing regeneration, collaboration and fast-paced city-making are there for all to see.
Enjoy the issue!
David Taylor, Editor

REGULARS
Need to know 4
The quarter — our summary of all the key news events this term
Viewpoint 8
We ask: what do you think has been the main impact on London of the 2012 Olympic Games?
Murray Mint 12
Peter Murray looks at Temple Bar and plans to bring it back as an educational hub
Opinion 42
Farbix CEO Clive Nichol urges more to follow the developer’s lead on reusing steel
Columnist 54
Professor Yolande Barnes calls for London to have a full holistic balance sheet of its ‘assets’
Coffee break 90
Robert Bird Group’s David Seel answers NLQ’s questions
Briefing notes 60
Our regular round-up of conferences and events at NLA
My London 134
Museum of London’s Sharon Ament offers her paean to the hills of south London