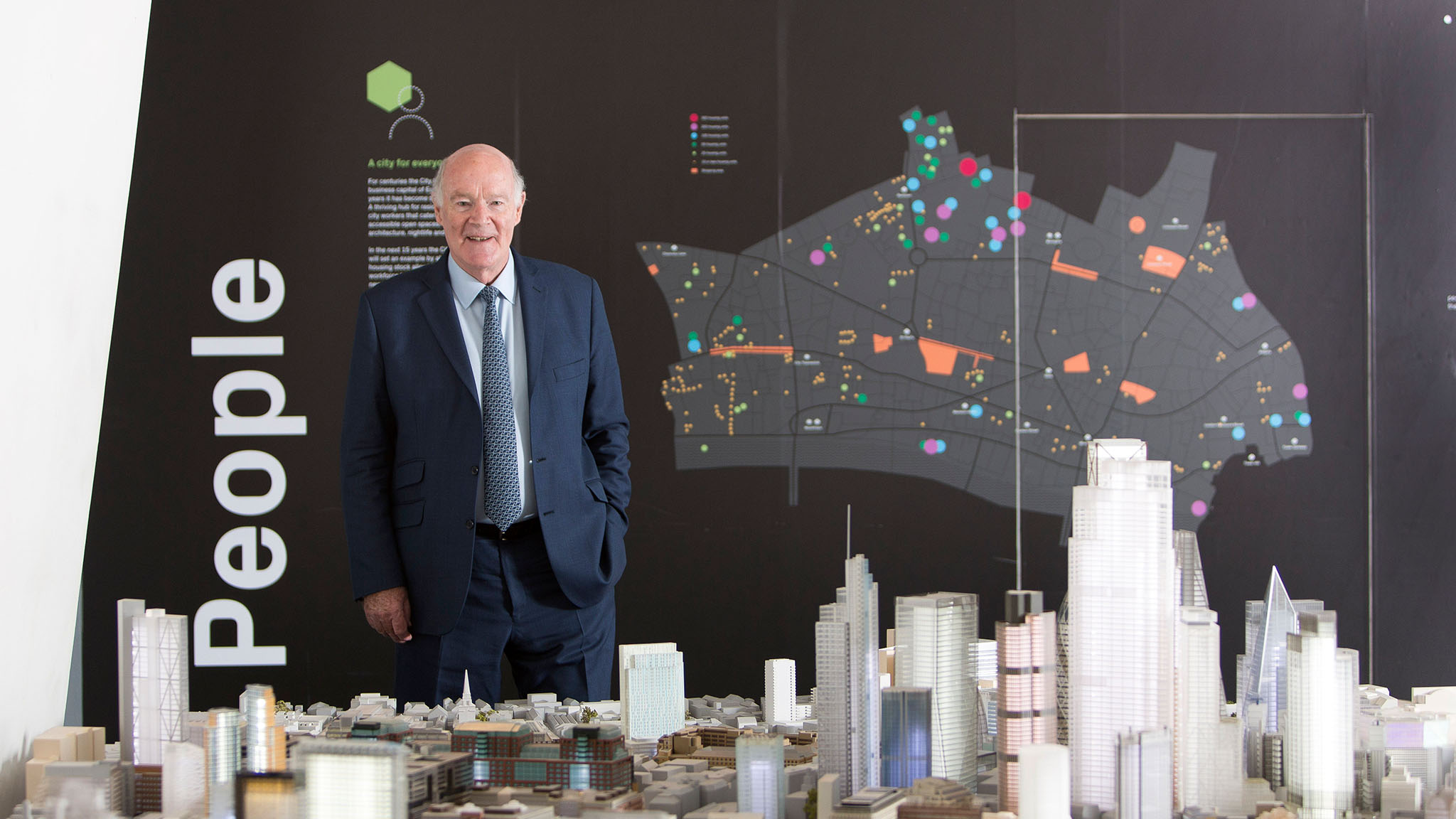 NLA is very sad to announce the untimely death of Barry McKeogh, founder of Pipers Models, a Director of NLA, creator of the London Models and London Stand at MIPIM and father of Nick, our CEO. Barry gave huge support to us right from the start of NLA in 2005 and continued to provide wise advice until his recent hospitalisation.

Peter Murray OBE
In NLQ 46, earlier this year, Barry McKeogh looked back over his career to how it all started, championing a collective London voice through the MIPIM years, and on to the London Real Estate Forum that was held at the Barbican in September.

Here is the article in full:
I started my journey with our company Pipers on 1 November 1977, when I bought out the original firm John Piper created back in 1959. But I really ended up there by accident more than design. I was introduced to the modelmaking company by an accountant doing work for Piper, which at that stage was in financial difficulties. Piper himself then left the company 12 months later. It wasn’t the sort of business that I knew an awful lot about, but once you go into a modelmaking workshop you can’t help but be fascinated with everything that’s going on there.
This was the late 1970s, with very few models being constructed for UK projects. Most of our work were projects in the Middle East. We were also building helicopter flight simulator models for the singer Corporation in the USA.

Based in Kingston-upon-Thames, I realised that if we wanted to make a mark when the property market recovered we really needed to be in central London. In 1980 we moved to Clerkenwell close to our main rivals Thorpes, who had been around for over a 100 years and dominated the market. This proved to be a good move as we gradually took control of the London market through the ‘80s.

Throughout the seventies most of the UK models we produced were for design and planning purposes. I became aware of large scale models being constructed in the USA for marketing purposes and could suddenly see a new potential for Pipers.

The first of these was for the redevelopment of the Whitbread Brewery, Shire House and Milton House, in the City, for Trafalgar House Holdings. The redevelopment of the City took off in the ‘80s where we constructed marketing models for practically every major development, including Broadgate, Ludgate, Holborn Bars and many others. Further downstream from the city we were heavily involved in the construction of models for Canary Wharf and the London Docklands Development Corporation. Back in the City throughout this period over a third of the City’s building were either redeveloped or under went major refurbishment.

The MIPIM years
Fast forward to September 1990, and the London property market collapsed. Pipers had little or no work with 45 modelmakers on the books. Fortunately I had been researching the German market, particularly Berlin where the Wall had come down the previous year. To make an impact in that market was going to take time. I then decided, to keep our staff employed, to build the City of London at 1:500 scale. Whilst the model was under construction I spent most of my time in Berlin and Hamburg knocking on doors. It took about 12 months before the contracts started coming. For the next few years we worked on most of the major projects including Checkpoint Charlie, Potsdamer Platz, Friedrich Strasse, Unter Linden. We also built the models for the reconstructionof the Hamburg Docks. During this time I built up a good relationship with the authorities in Berlin which proved very useful in the MIPIM years.
As the City model reached completion in 1991, I was approached by Ricky Burdett, Director of the Architecture Foundation, about doing an exhibition on what had happened. in the City through the 1980s to be titled “City Changes”. This was supported by Michael Cassidy, Chairman, Policy and Resources. The exhibition which took place in the Royal Exchange was well attended and received very favourable press.

In the early ‘90s I became aware of a property fair in Cannes where some of our clients were participating. I was then approached by the late Michael Durrant, Director of the London Bridge City and also a valued client, to consider using the City Model as a centrepiece for a London Stand. In 1993 we booked a large stand in the Bunker of the Palais and London at MIPIM began. Reed Midem the organisers were not happy with our creation, an umbrella stand. However, when my Berlin friends approached them to copy London, the direction of MIPIM changed with more and more cities using our approach.

For the first couple of years we concentrated on the City, city developers and professional services. London Docklands Development Corporation (LDDC) and Canary Wharf had individual stands. This made London look somewhat fragmented. Working on the idea that we would produce a model of Central London to include the Docklands and Canary Wharf we convinced them to join us.

London at MIPIM grew from eight companies represented in 1993 to over 650 in 2019. In the ‘90s the UK withdrew from the European Exchange Rate Mechanism (ERM) and MIPIM suddenly became a battleground with London being circled by German Cities all competing for the European Bank. The belief was that London not being in the ERM would not be able to trade Euros. They got that wrong, London still trades more Euros than the rest of Europe.
MIPIM was very comfortable during our first 12 years when the numbers ranged 15–20k. By 2007 delegates numbered in excess of 30k which was too big for a place like Cannes. The correction came in 2008 when numbers came back to a sensible level and remained so to 2019. COVID 19 affected everyone including MIPIM. Difficult to know at this stage how it will develop in the coming months. We are keeping an open mind on how we can get involved in the future. MIPIM means so much to so many people it must come back but I suspect it might be a slow recovery if only down to travel restrictions, it attracts people from all over the world.

London Real Estate Forum — beginnings
Over the years of doing MIPIM we always had the plan to do an event in London. Finding a venue where we would feel confident in attracting London’s top players was never going to be easy. Then one day sitting in my office I got a phone call from my son Nick, NLA CEO, telling me he had found it, Berkeley Square. The following year London Real Estate Forum (LREF) commenced. From the outset we concentrated on quality rather than numbers. LREF was like most things, hit by COVID 19 and had to be postponed last year. It is now scheduled to take place in the Barbican in September.

Banging the drum for London
We still have to still sell this city. Catherine McGuinness and the City of London and Darren Rodwell at the London Councils have been the people banging the drum. Both Ken Livingstone and Boris Johnston as Mayors were visibly seen to bang the drum and I believe our current Mayor could do a lot more. The UK government is set on its levelling up programme for the northern cities which I totally support but this must not be done by levelling down London. London is a Global City and has always looked after itself and I believe it will continue to do so as long as it has some government support. London, and the City in particular, create huge sums of money for the government annually, which are distributed across the country, this should not be ignored.
Historically the Lord Mayor of the City has always been at the forefront leading delegations across the world banging the drum and continues to do so. London and Partners also have a big role to play and should be properly supported and financed by the Mayor.
What are our hopes for LREF and London, post-pandemic? There’s no question about it, London will recover. And what we want to see is the whole of the country recover. In the coming months Boris and the Government must get back on track with his levelling up agenda with the
northern cities but not ignoring London, this would be great for the country.
Ultimately, all that tallies with the LREF message for later this year — ‘together we will shape better cities’. Birmingham, Liverpool, Manchester and Scottish cities are coming in to join the conversation around how we build cities back better. Ultimately, London will be the subject for LREF, but it will also be the stage for other cities to talk about how they recover, too. 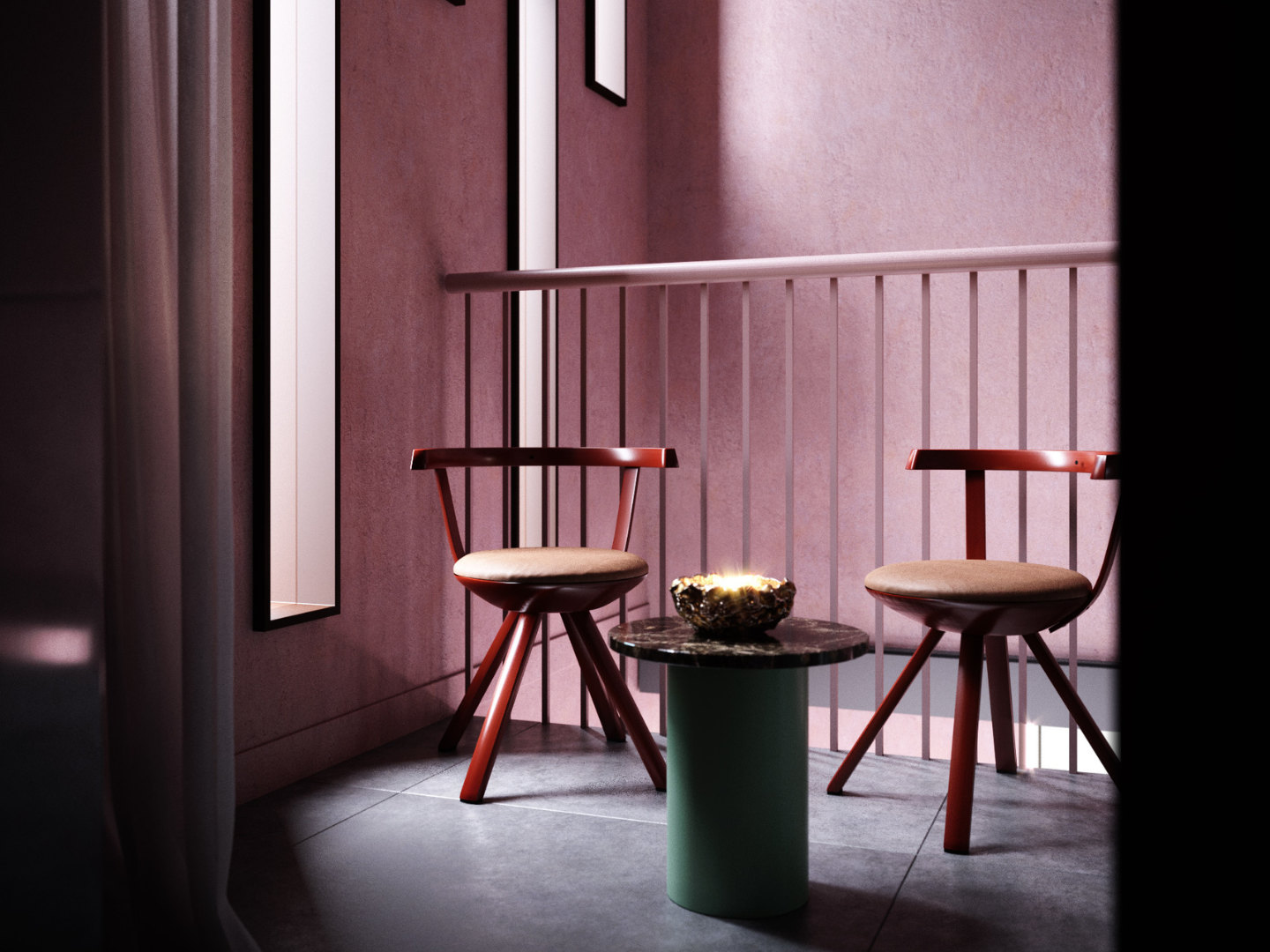 How visioning the future of our cities helps democratize and improve the decisions we make about it, today. 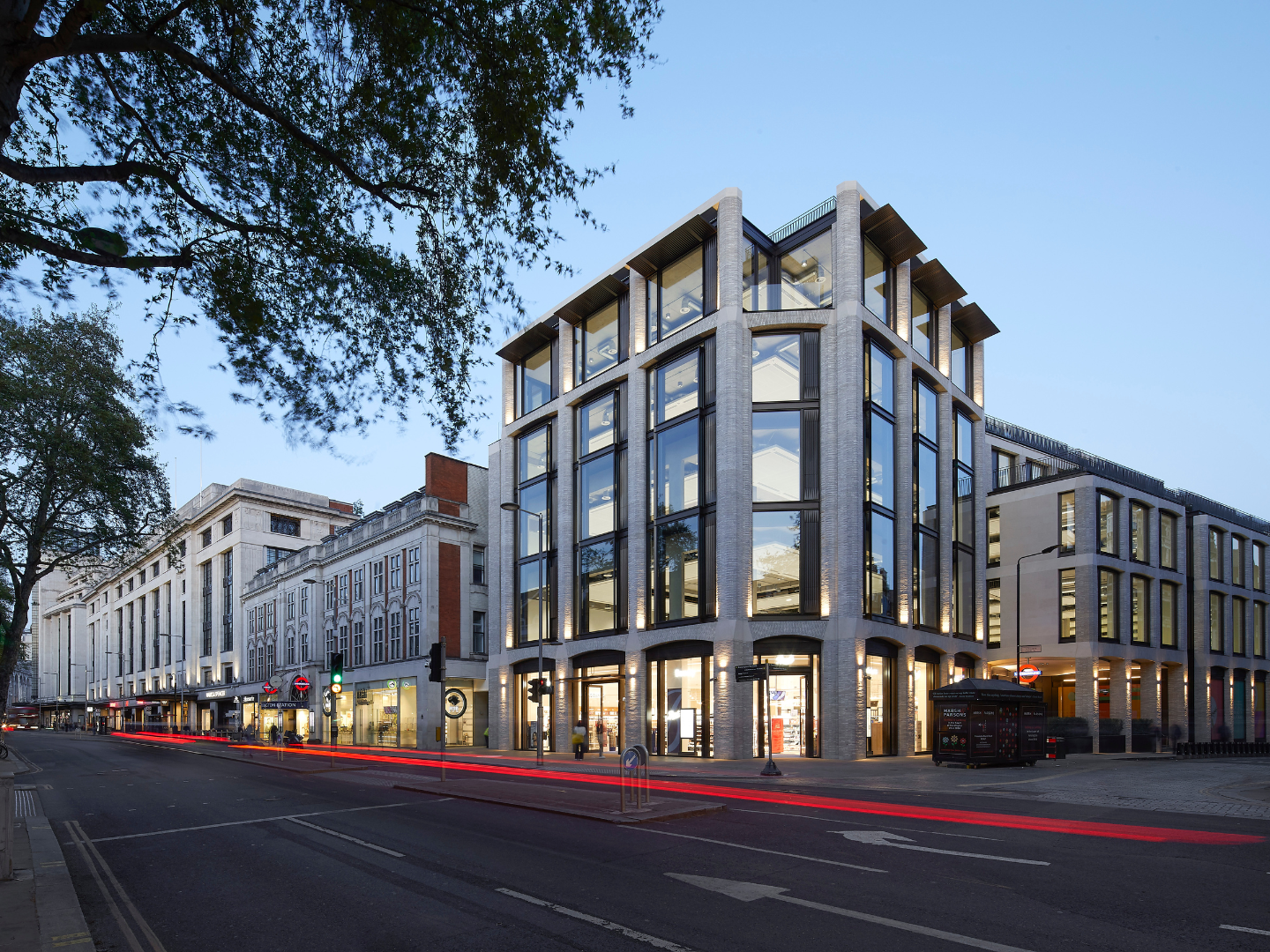 Bringing together experts and practitioners from across the built environment to discuss the latest methodologies and te... 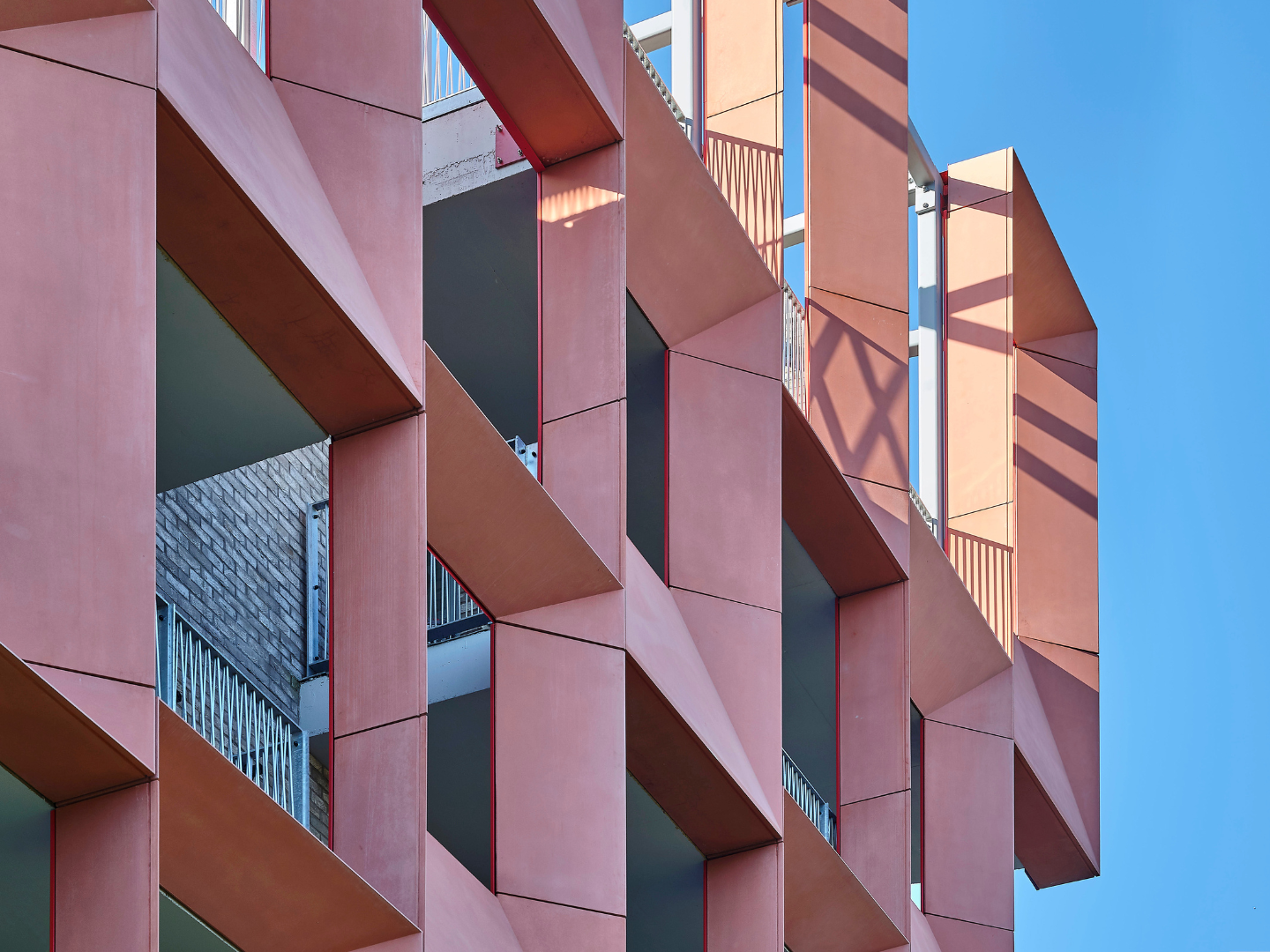