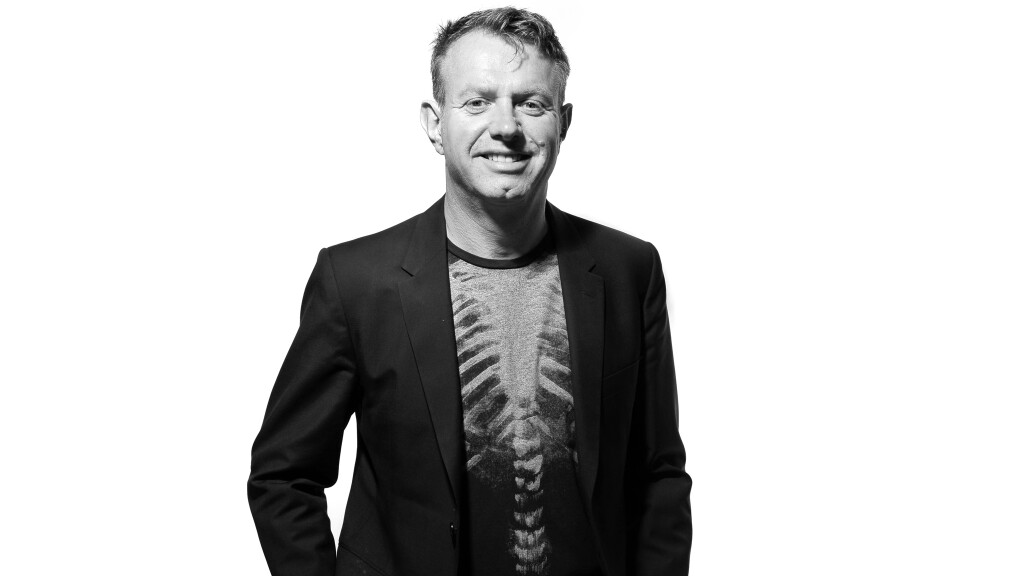 David Taylor: Hi. How are you doing?

DT: I thought I'd start with a really broad question. Obviously, you're in the housing game; I wondered how you would characterise how we are doing as a nation, and whether we are getting better at housing? That’s broadly across the country, and then in terms of London, maybe, if you can add that focus?

JF: My personal view on this is that we've still got a long way to go. I would say that the industry in the UK is dominated by a few players, whether that’s housebuilders or the big players who have got a good model that works economically and financially for them but actually doesn't give customers a lot of choice. And I think that's an area that really needs working on in the industry, and that's where we think there's a big gap.

That's where I think we want to try and get some traction in a new market, for customers who are actually looking for a wider choice than that. And I think, in that sense, because the industry is quite heavily dominated by so few players, that there is a lot of room for growth in that area for new players.

DT: Do you think we are backward in terms of comparing us with other European nations? And if so why, and how?

JF:  Um. (long pause) Well, I think it’s such a tricky one (laughs) because my answer is yes!  But I answer yes in part because…what we lack…there’s a couple of things I think here. One is the whole discussion about… when we're talking about doing homes, when anybody's talking about homes, everyone reverts to talking about the number of bedrooms, as though that describes what kind of home you've got.

It goes right through from the land agents, the developers, the salespeople – even the purchasers and the homeowners. If you say: ‘I've just bought a new home, the next question might be ‘oh, how many bedrooms has it got?’ as though that somehow defines the home you live in. In Europe, you don't really have that actually. You buy space. You buy 200 square metres or 100 square metres and you also buy rooms. It will say it's 100 square metres and three rooms. In Europe, you don't necessarily go as far as pushing on you what rooms are even used for. It is just: it's a home with x amount of space with three rooms in it, not including kitchens and bathrooms. I just think in the UK we’ve all talked ourselves into defining homes by the number of bedrooms. I think it's a very quirky thing. I don't know many other countries that do this. And I think you need to de-couple; I think customers need to be encouraged to start thinking about their homes in a slightly different way and in terms of the amount of space that they’re buying. And also have the conversation about how we want to use that space to suit their lifestyle or their family circumstances and maybe their budget. I think Europe is a bit closer to that than we are.

DT: So are you, as a developer, a bit more European? I mean, I know you've got this link up with the Japanese firm Sekisui House, but in outlook would you describe yourself as slightly more European than British?

DT: I'm not trying to lead you down any kind of weird Brexit hole…

JF: No… (laughs). How do you identify yourself? I would say I am European as well as saying I'm British; we do sit within the European Union

JF: But I do think we do things with a British twist anyway

DT: So that leads me on to the next question, which is about off-site. Do you think the future is modern methods of construction, or modular, off-site, whatever you want to call it?

JF: Well I think it's got to be. I don't see how we can avoid that actually. There are lots of pressures on the industry that push us into offsite, but I think the key thing for me is that we were building houses in not significantly different ways to the way we were building them 100 years ago, possibly even worse. But it's just using a traditional range of skills and trades. And it's quite curious, really, because in every other industry, we've come to expect high-value things to be made in factory conditions in factories to factory standards. And yet we're building homes in fields with pouring rain, muddy boots, and all that kind of stuff. I think that is very curious and it is quite uniquely… I think that’s a British thing as well because the Europeans are far more comfortable with the idea of building homes in prefabricated ways

DT: Why do you think that is? Are we still not over the ‘prefab’ misconception?

JF: I think it’s probably two things. One is that prefab - post-war, building boom, prefabrication - has tarnished the whole thing. And we’re not quite over that. ‘Prefab’ is still a dirty word and conjures up negative thoughts in people’s minds. I suppose also we've got a very strong tradition in the UK of houses being built out of masonry and we actually use the words ‘bricks and mortar’ as something to denote safe investment, don’t we? So I think probably a combination of the two things. I think northern Europeans have got a much bigger and longer tradition of using timber in houses and a different range of materials. I don’t know. I’m speculating.

DT:  So, what's next for you guys? Is your online house configurator the latest thing you've come up with in and would you like to speak talk about that, and maybe your House range?

JF:  Yeah. We entered the house building market with an idea that there was something missing and we think there’s space in the market for new ideas. It's an observation of ours that customers don't get a lot of choice, number one. I think space standards are pretty poor on the whole in the sector, as well; I think contemporary design is lacking in a lot of what the sector offers as well. So I think for me the whole idea of us going into the sector is to provide some of those things. So bigger homes - and it's not just floorplate but also higher ceilings and bigger windows so you have got more natural light. Just better space standards, full stop.

The second thing is a real focus on contemporary homes, and it is not just about what they look like externally but contemporary homes internally. I guess if you have got a lot of money and you can employ an architect or interior designer you can do really great homes and publish them in the Sunday Times Magazine and everyone says how great and how lovely. But actually, at the other end of the market where you want to buy a new home yourself, you can't access that. So it's making good design more affordable, more accessible, to more people. That’s a big drive as well.

And I suppose the biggest thing - and this is where the Configurator comes in really - the biggest leap for us is not being overly prescriptive about how the home is arranged. So our core product that we have been building for about four years now: you just buy two or three floors; there’s a kind of kitchen area and there’s a bathroom area and those are already designed in. But after that, you choose lots of things about your home. You can have a three-storey home that is completely open plan. You could have the same three-storey home which has got five bedrooms or three bathrooms - and that's a matter for customers, not for us. We just provide the choice and the options.

JF: And we have had amazing traction with that as a concept. The Configurator is an extension of how we engage with our customers and prospective customers with the idea. They’ve got an online tool to play around with the ideas to their hearts’ content and explore ideas like what does happen if you live on the top floor or live on the ground floor? What about having three bedrooms instead of five bedrooms? So the configurator is about really engaging our customers in designing their own homes. All the products we are building at the moment have got a degree of configurability. So that’s a core theme running through what we're doing. We've got a product called Row House which is built in our factory in Nottingham, and on that one, our customers can choose whether to have two floors, two-and-a-half floors or three floors. And we got planning for these, so the planners are happy with the idea that our customers will choose exactly how high the building is. We have got flexible consent for that. We've also got apartment formats, one called Mansion House which is about 80 square metres and again the base design is fixed but where you can have a lot of apartment or a two-bed, two-bath apartment. So, again, the first conversation is about finding that space and the second conversation is how do you want to use that space that you bought?

DT: I’m almost out of time, but I've just got one last question. You’ve obviously made quite a splash – pardon the pun – across the North and North West of England. When are we likely – if we are – to see you guys down in London? What's the situation there?

JF: Listen, we'd love to come and be involved in London, and to be honest we are probably represented virtually everywhere now apart from London itself and maybe further south and further east than London. But we're in Milton Keynes; we’re in Cambridge, so we're heading your way! (laughs)

DT: Excellent! Well, that's good news. We look forward to seeing it – in the next five years, do you think?

JF: I would definitely hope so. I’d be disappointed if it’s not.

DT:  Brilliant. And thanks for sparing me some time. 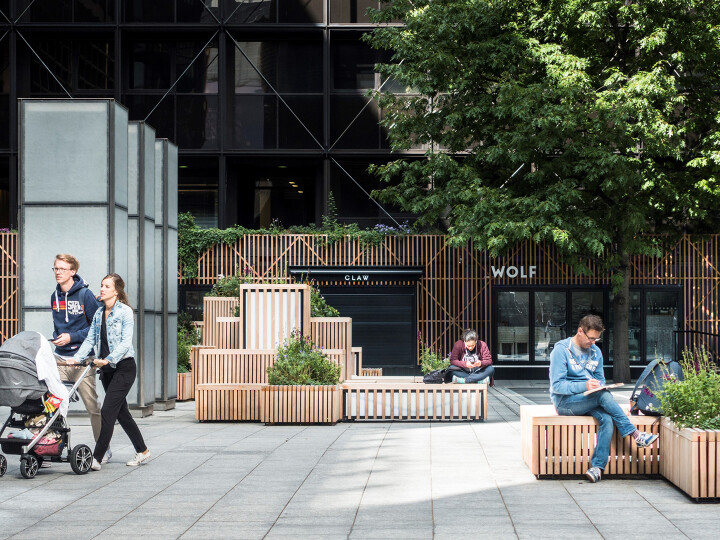 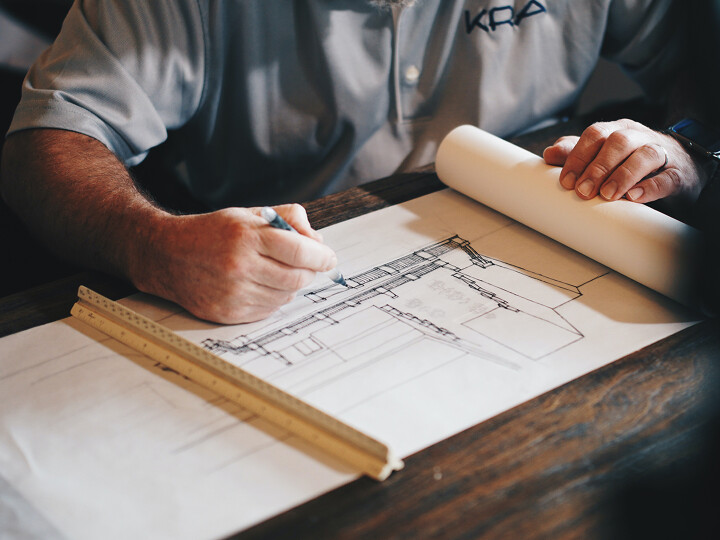 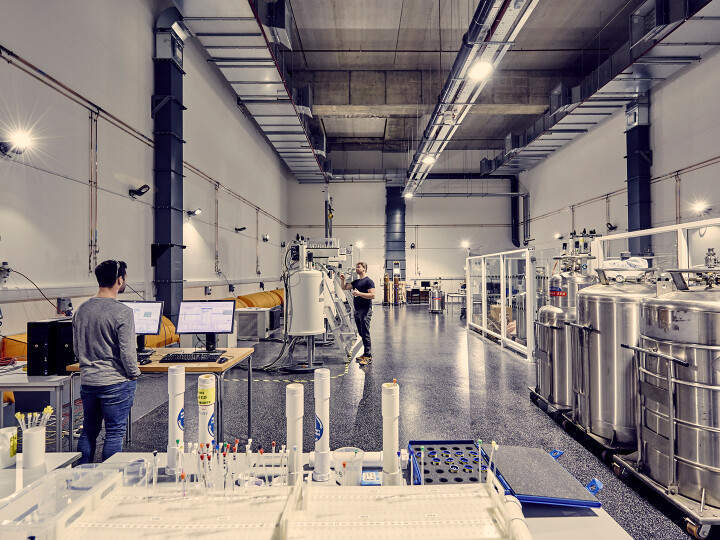