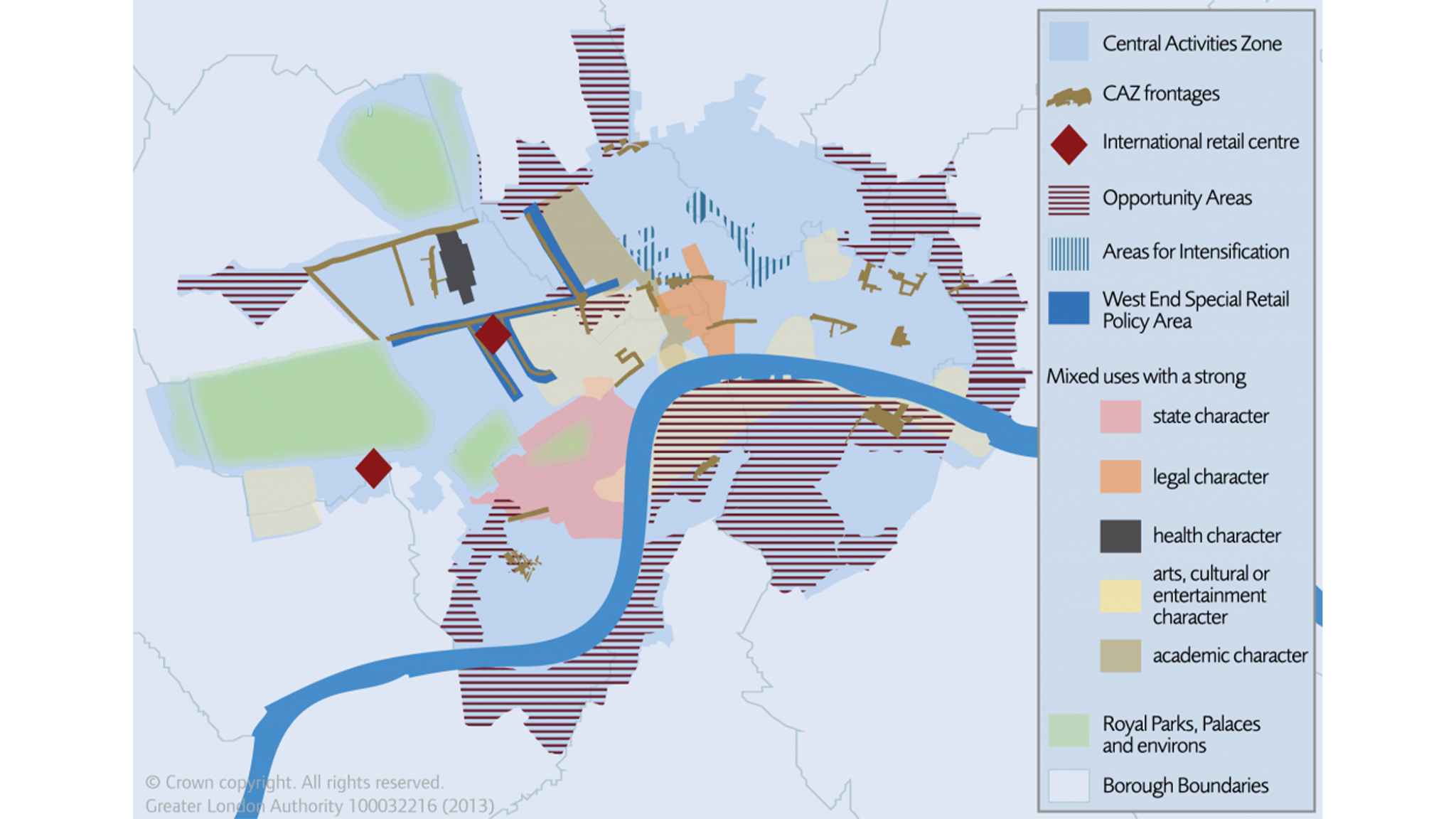 London needs more leadership in its battle to return life and a strong economy in the centre, an equal say in Government’s levelling up agenda, and a fresh approach to the outer boroughs. All whilst avoiding ‘accidentally’ ending up with a car-based recovery at the hands of under subsidised public transport.

So said the NLA’s New London Sounding Board this week as they met to discuss the impact of the pandemic on the Central Activity Zone – and also provide a mixed response to the prospects of design codes for the capital.

Westminster’s Deirdra Armsby, said GLA research on the subject of the CAZ resonated with the borough, with the wealth of diversity of the area bringing health and prosperity that the authority wants to hold on to. But there will be a ‘big turnover’ in jobs and some ‘deep scars’, with something like 30% of businesses with a ground floor presence on Oxford Street not opening back up. ‘It’s very real, and very visible’, said Armsby, but maintaining strong partnerships will be necessary to recover at pace, alongside its plan and experimenting with projects like Regent Street.

‘Without being too rosy - we do understand that this is a very hard challenge - I think we believe some of the pillars we've put in place through the recovery phase will help us in that longer term endeavour’.

But David Ogunmuyiwa of Architecturedoingplace said it was essential that government’s plans to level up the country did not result in a levelling down for the capital, London Business Alliance’s Ros Morgan adding that partnerships need to be more than ‘sitting in a room’ but that the biggest challenge is a lack of investment coming into London. ‘I feel that there’s a real lack of leadership coming from London and fighting our cause’, she said. Central’s Pat Brown agreed about what she termed a ‘crisis of leadership, suggesting that going the hard yards to support common causes will be the way forward, perhaps through forming some kind of new agency.

Ben Plowden of TfL said it was important to restore public confidence in public transport while supporting active travel and avoiding a car-based recovery but that the opening of the Elizabeth Line will be a key signal of commitment to the CAZ. But partnerships were also crucial to ensuring that all are working together at all tiers and across many sectors, to make the case for recovery and provide investment to support it. There are also ‘huge opportunities’ if the capital becomes less central London-focused, however, said Be First’s Pat Hayes, with more development in outer London helping to rebalance the capital’s unpleasant commutes in peak times and create a ‘slower’ city more focused on its communities and ‘villages’. A ‘joined up planning policy’ would also be ideal, said LB Croydon’s Heather Cheesbrough, rather than one with permitted development rights which ‘really undermines town centres throughout the UK’, expressing her concern too about London leadership and the poor relationship between the mayor and national government. ‘Who is championing London’, she asked. ‘That is so, so important as go forward’.

Westminster is at least ‘at the front of the curve’ thinking about the challenge of Oxford Street, said Fred Pilbrow of Pilbrow & Partners, which he felt would become a ‘genuinely mixed-use urban quarter’. Perhaps, though, central places will cease to be as dominant, said William McKee, and big deregulation on the financial services may be a bigger stimulus to the CBD than anything that the planning system can do. Younger people, said Next Gen representative Jaffer Muljiani of BDP, are leaving the centre for other, more attractive, less expensive cities.

‘Let’s make sure the economics line up but let’s also do that with a little bit of social justice and an affordability aspect to it’.

Commuters, said LLDC’s Pam Alexander, represent some £2billion of the losses London has faced but will not put up with congestion or the air quality of central London, or indeed the lack of a neighbourhood feel in the CAZ. ‘I do think that we have a new world’, she said, adding that she hops London is ‘willing to look outward in a two-way relationship’ with the regions. The cultural industries need national support in a bid to attract people, diversity and life that makes the CAZ attractive, or, as Ogunmuyiwa put it, the ‘engine of innovation and creativity’.

The rail system, though, is unsustainable if there is a radical reshaping of the city and no return of demand, said Tony Travers of LSE London, with a longer-term move to vehicle use and outer London sprawl as a result. ‘We need to think long and hard about what accidentally is triggered by a radical reconfiguration’, he said. If we want to live in the countryside and travel in once or twice a week, turning central London into something more akin to Tokyo or Moscow with a ‘rather thinly spread city centre’ then we need to think of the consequences, since government is unlikely to ‘pay for fresh air to be carried around the country’ in its subsidies given to rail and tube.

The Sounding Board also discussed plans to implement design codes, or at least a process for creating codes, said MHCLG’s Andy Von Bradsky, bringing together guidance from across the industry and including a number of pilots – to which there has been ‘a healthy response’ to test the work and how codes might apply in different circumstances. Ben Derbyshire of HTA Design cast some doubt on whether design codes are ‘applicable at all in London’, especially given the ‘fast-track to beauty’ through permitted development rights. ‘I think that is a deeply worrying proposition’.

Others including Nancy Elgarf of Gardiner and Theobald pointed to how difficult it might be to implement given how much intrinsic character and parameters that around existing developments and Pocket Living’s Marc Vlessing on the de-emphasising of density and ‘friction’ between codes, what a city like London needs and how local authorities are meant to be consulting. ‘I just don’t think for a second that this has been thought through for London at all’. Generic design coding will drive density down ‘quite phenomenally’, said Heather Cheesbrough, given site constraints like trees and adjacent occupiers or, as in Croydon particularly, topography. ‘What the government needs to do is actually fund local authorities properly’. We have to be careful we are not ‘homogenising design’, suggested Knight Frank’s Stuart Baillie and preventing architects and designers from innovating, not to mention, added London Communications Agency’s Robert Gordon Clark, issues to do with the definition of what constitutes ‘beauty’.

Ultimately, though, said Pam Alexander, there are positive signs too. We have made ‘huge progress’ in the last two decades in recognising that design quality matters, and initiatives like Public Practice helping to resource the planning authorities that will be tackling quality and codes and consultation. ‘That is a positive lead from the government which we can all improve on’, she said. 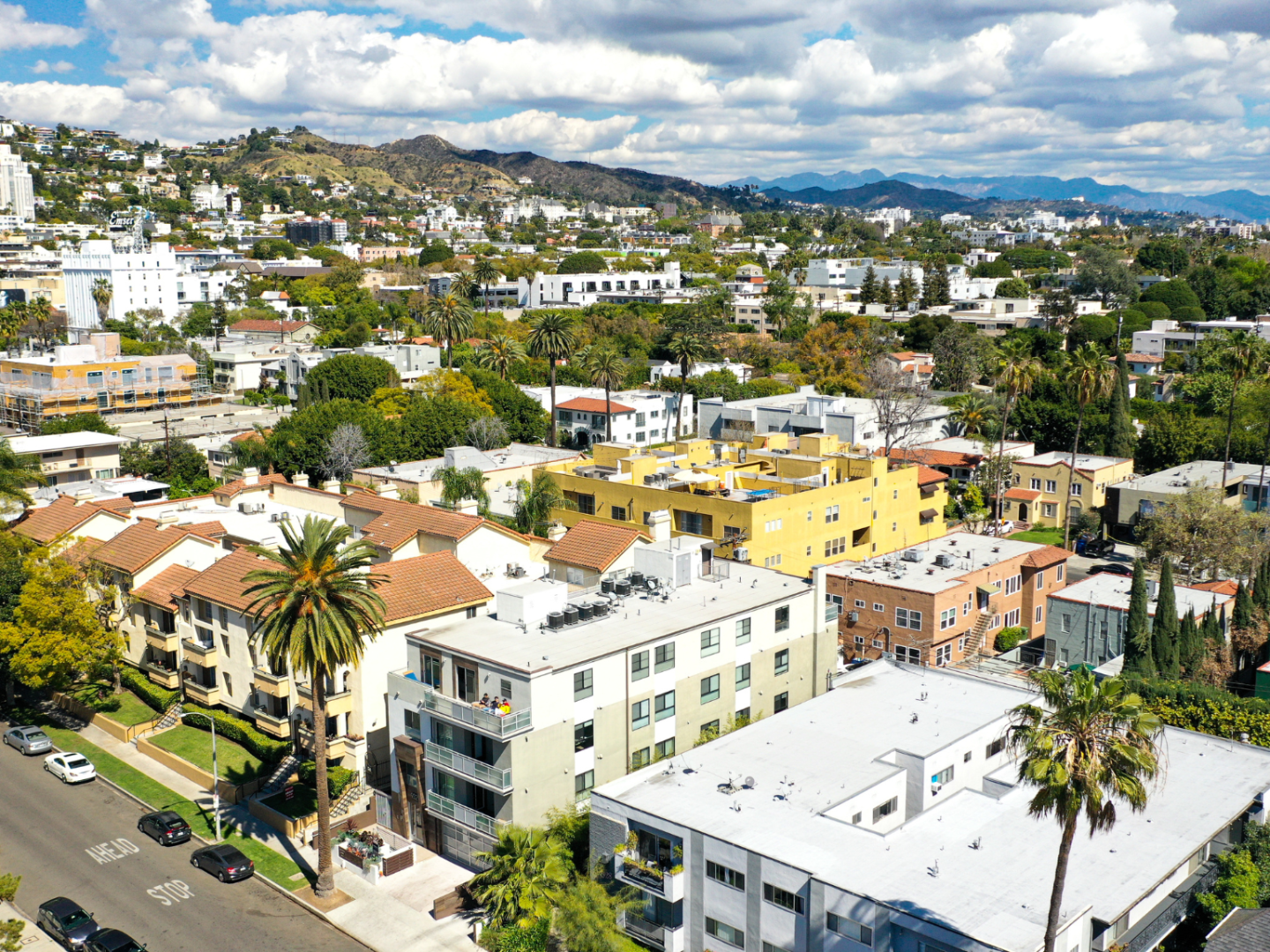 The centre v the suburbs

London and Los Angeles have more in common than previously thought, KAP Studio concluded at the latest City Dialogue eve... 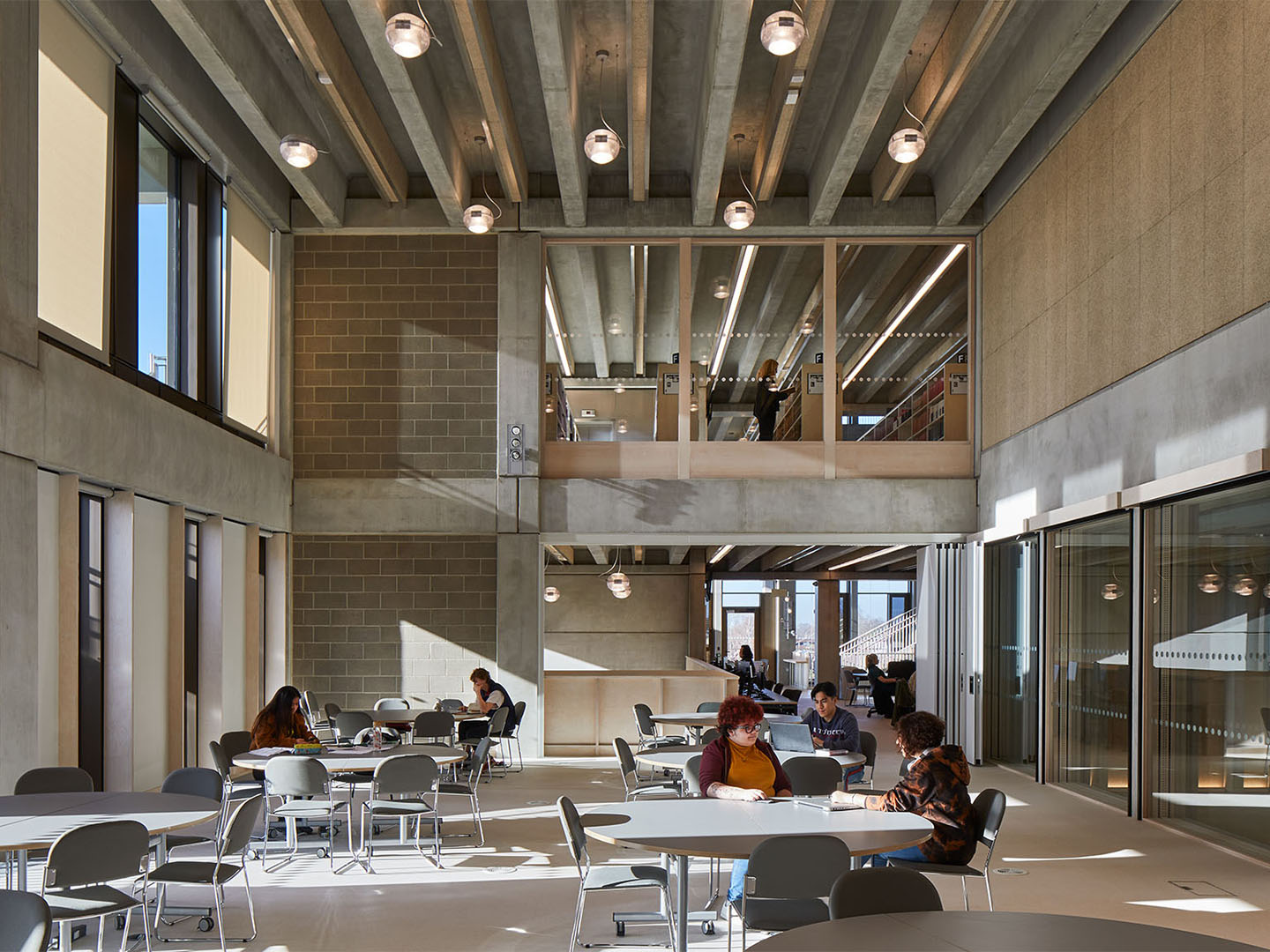 Creativity in the Curriculum 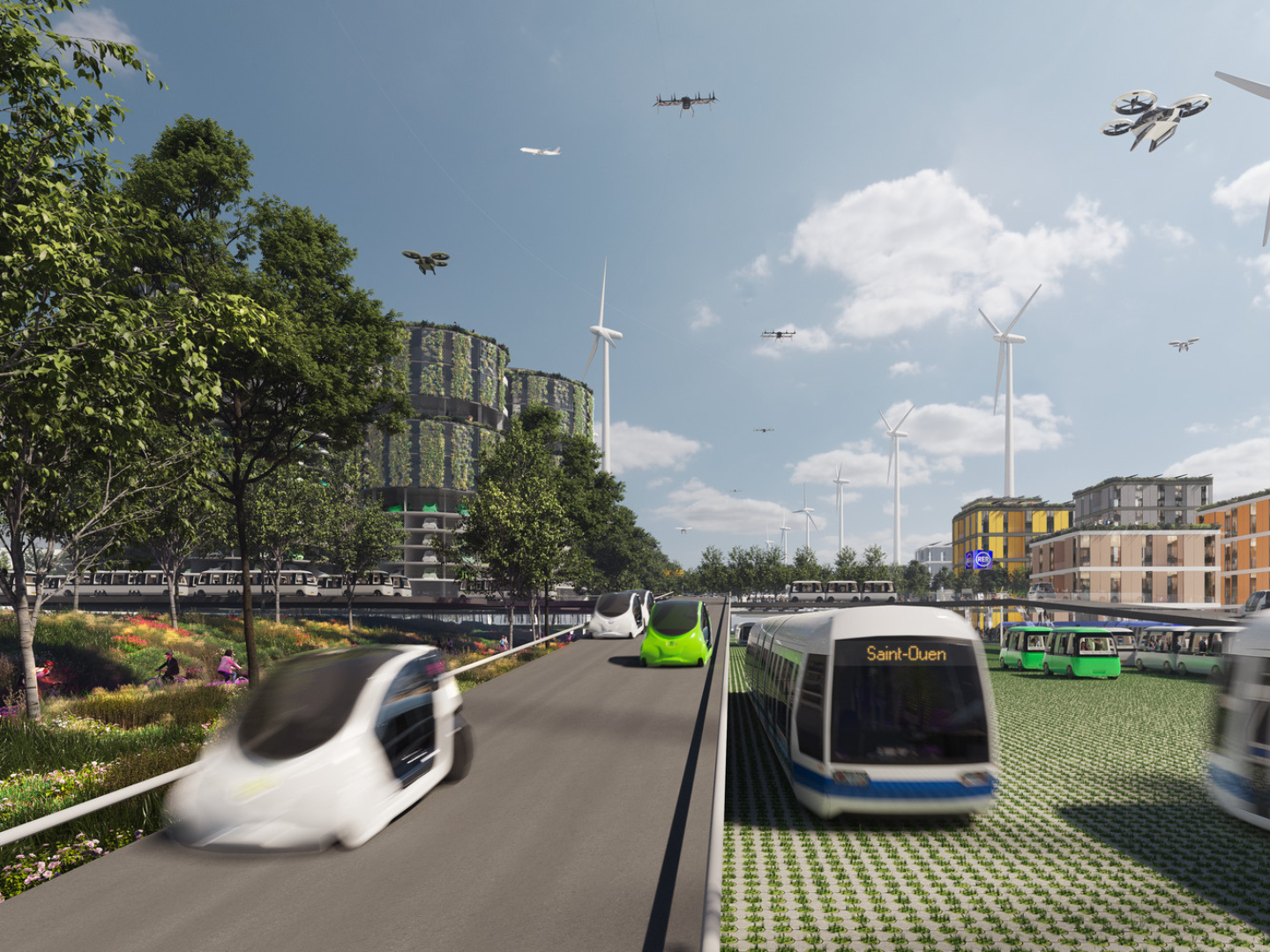 The Roads of the Future Grand Paris