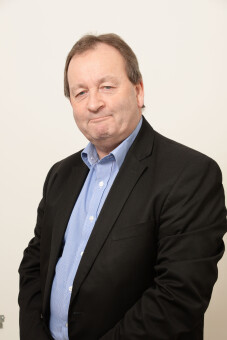 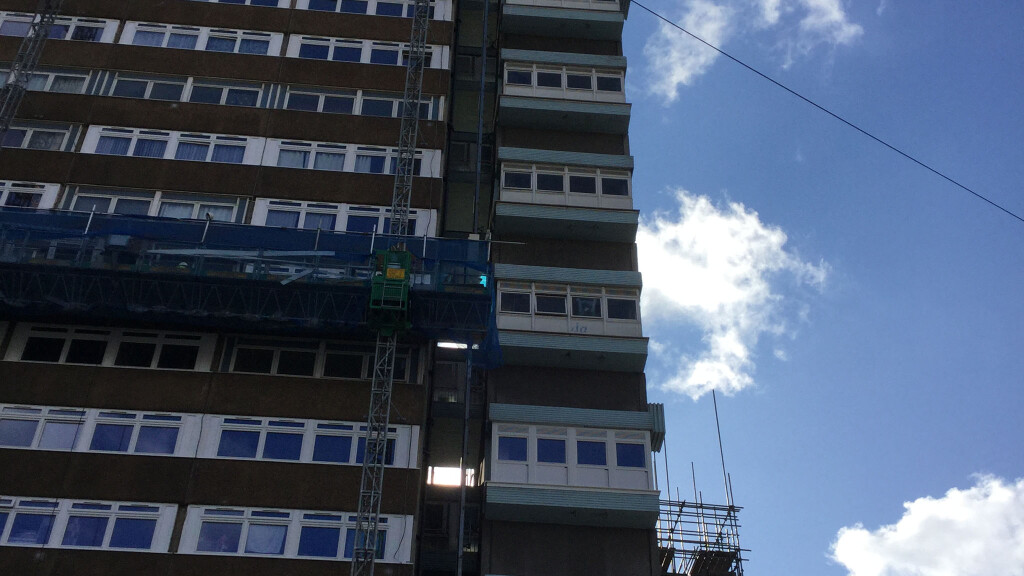 In 2020, polymer manufacturer REHAU installed 1,000 windows at Kelson House, a high-rise block owned by One Housing on the Isle of Dogs in London. The project has not only supported wider regeneration efforts in the area but has also benefited the environment by diverting old frames from landfill and improved the lives of the building’s occupants. REHAU’s work with One Housing demonstrates the success of an ‘improve, don’t move’ approach to the built environment.
The Building

One Housing owns and manages over 17,000 homes in London and the South East, providing homes to 35,000 people. Kelson House, which is located on Samuda Estate on the Isle of Dogs, is a 25-storey purpose-built block featuring 145 two-bedroom duplex flats that house more than 580 residents.
Having been built in 1960s on the edge of the River Thames, the block’s fixtures and fittings were in need of replacing, particularly the decades-old windows that have faced regular high winds and wet weather over the years.

Finding suitable replacement windows, however, formed just one part of One Housing’s efforts to improve Kelson House. Mindful of its own impact on the environment, the housing association was also keen to minimise waste by recycling the old frames and reusing the material in new products. This would allow the company to divert waste from landfill and promote a greener way to regenerate London’s legacy building stock.
Planning and Key Considerations

Six stakeholders were brought together to design a project that would improve the building’s performance, limit waste and, most importantly, raise the standard of living for residents. Disruption would also need to be minimised wherever possible.

As owners of the block, One Housing appointed Steven De Jesus as building surveyor to oversee the project and work alongside the stakeholder team. This included façade specialist Lawtech Group, specifier and surveyor GDS, commercial installers Symphony Windows, and window manufacturer REHAU.

REHAU worked with GDS to create technical drawings and establish what the final design would look like. Above all, the solution needed to improve the lives of those living in the building by increasing thermal efficiency, safety and ease of maintenance. However, with the work forming part of a wider regeneration effort, the windows also had to be a visible improvement on what was installed before.
Solution

Despite having many different options to consider, the stakeholders agreed that REHAU’s TOTAL70 tilt and turn windows would work best for Kelson House. Alongside compliance with Building Regulations, the TOTAL70 line was able to increase thermal efficiency by roughly 30% when compared to the old windows and also assisted with fire prevention, a priority for housing associations with high-rise developments in their portfolios.

REHAU was asked to incorporate additional fire safety features to windows in common areas. This included automatic vents that would open as soon as a fire was detected in one of the building’s corridors or stairwells. Other safety measures were also introduced into the design, such as restrictors to limit the window’s range, particularly important for households with small children.

With air quality a growing concern in London, it was also decided that trickle vents would also be added to improve ventilation and prevent the build-up of condensation during colder months. These vents would also lower long-term costs, as they limit the need for ongoing maintenance or repairs.
Installation and Results

Lawtech Group and Symphony Windows developed a mast climber scaffold system that allowed them to replace one property’s window at a time and minimise impact on neighbours. This avoided the need to erect a full pole and board scaffold system which would be fixed to the building for a considerable amount of time and restrict the resident’s outlook to the Thames and surrounding area. Symphony Windows was also responsible for recycling the old frames and glass taken from the building.

This process saw the PVC, rubber, metals and glass stripped from the old frames and put through several intensive processes to extract as much usable material as possible. The PVC, for example, is treated and reengineered as part of the central core of a new window frame, with virgin PVC material used on the exposed faces of the product. Where possible, the glass and metals are also repurposed or sold on to secondary markets. These efforts have allowed One Housing to divert tonnes of material from being buried or used for energy recovery.
While the refurbishment is still ongoing, the benefit for residents has been clear. “So far the project has gone really well,” says Rashida Yasmin, Resident Liaison Officer at Kelson House. “We’ve already received letters of thanks from residents who have seen reductions to their energy bills. In my job, it doesn’t get any better than that.”

Kevin O’Neill, Commercial Manager for REHAU Windows Division, added: “This has been an incredible project to be involved in. Seeing people’s lives improved through the work is very rewarding, as is working on a project that puts sustainability first. Recycling is central to REHAU’s business model, having recently invested in a multimillion-pound PVC recovery facility that diverts thousands of tonnes of plastic from landfill each year. I look forward to seeing the project completed alongside wider regeneration efforts on the Isle of Dogs.”

With more people now living in cities, improvement work of this kind will only become more important. Not only does it improve standard of living for residents but also the energy performance of London’s ageing building stock, 80% of which is estimated to still be standing by 2050.