Social value in the spotlight 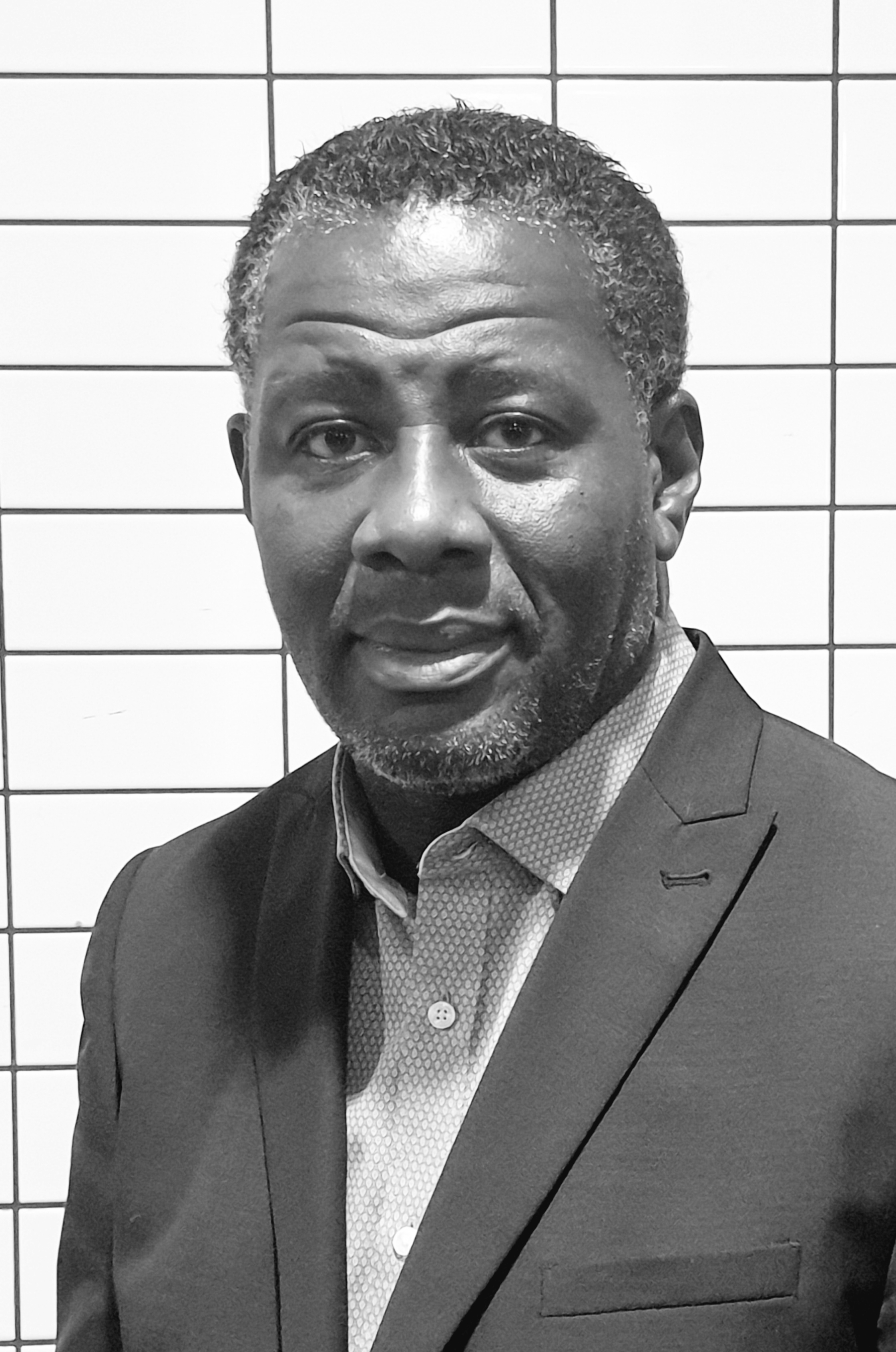 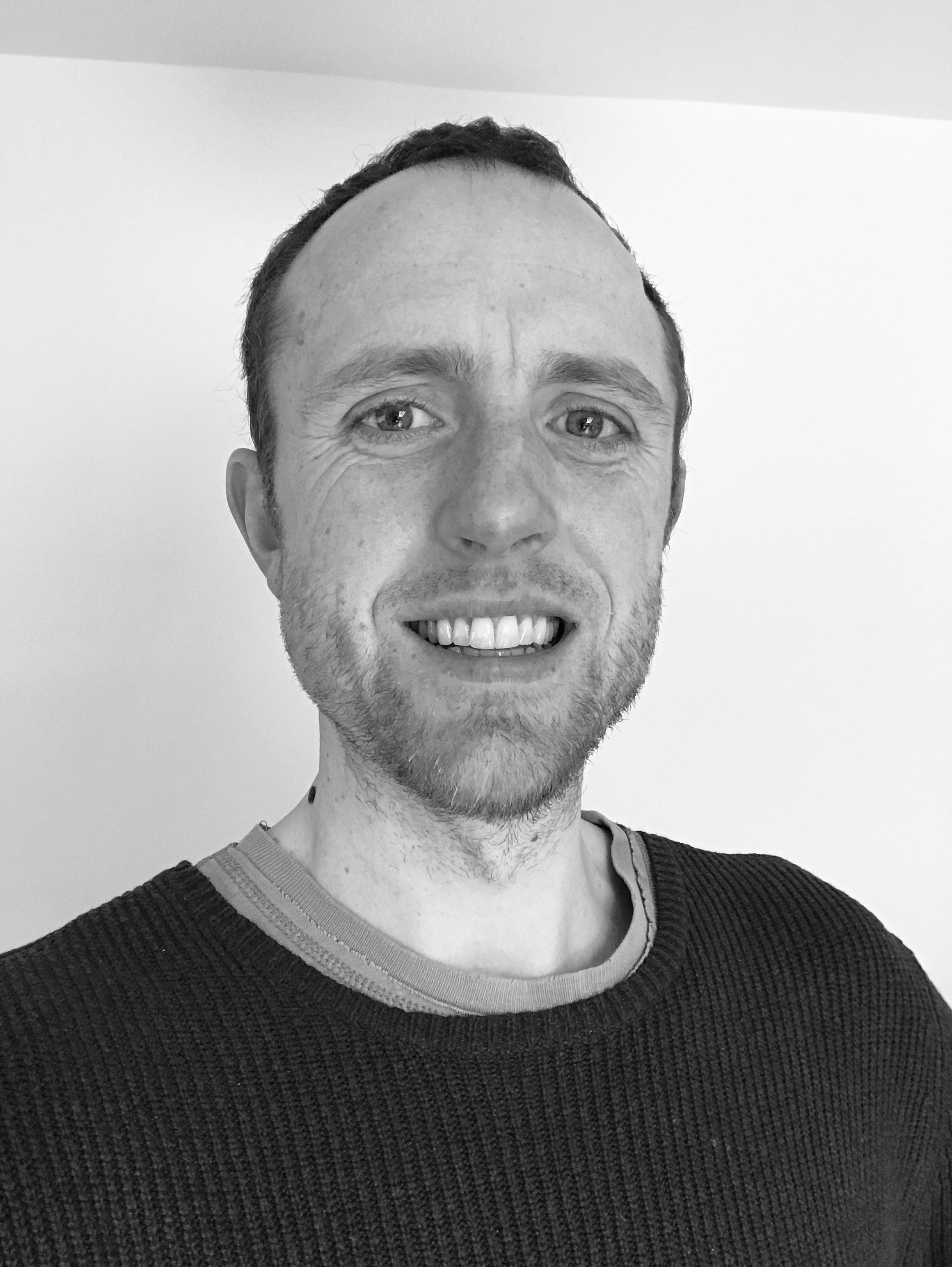 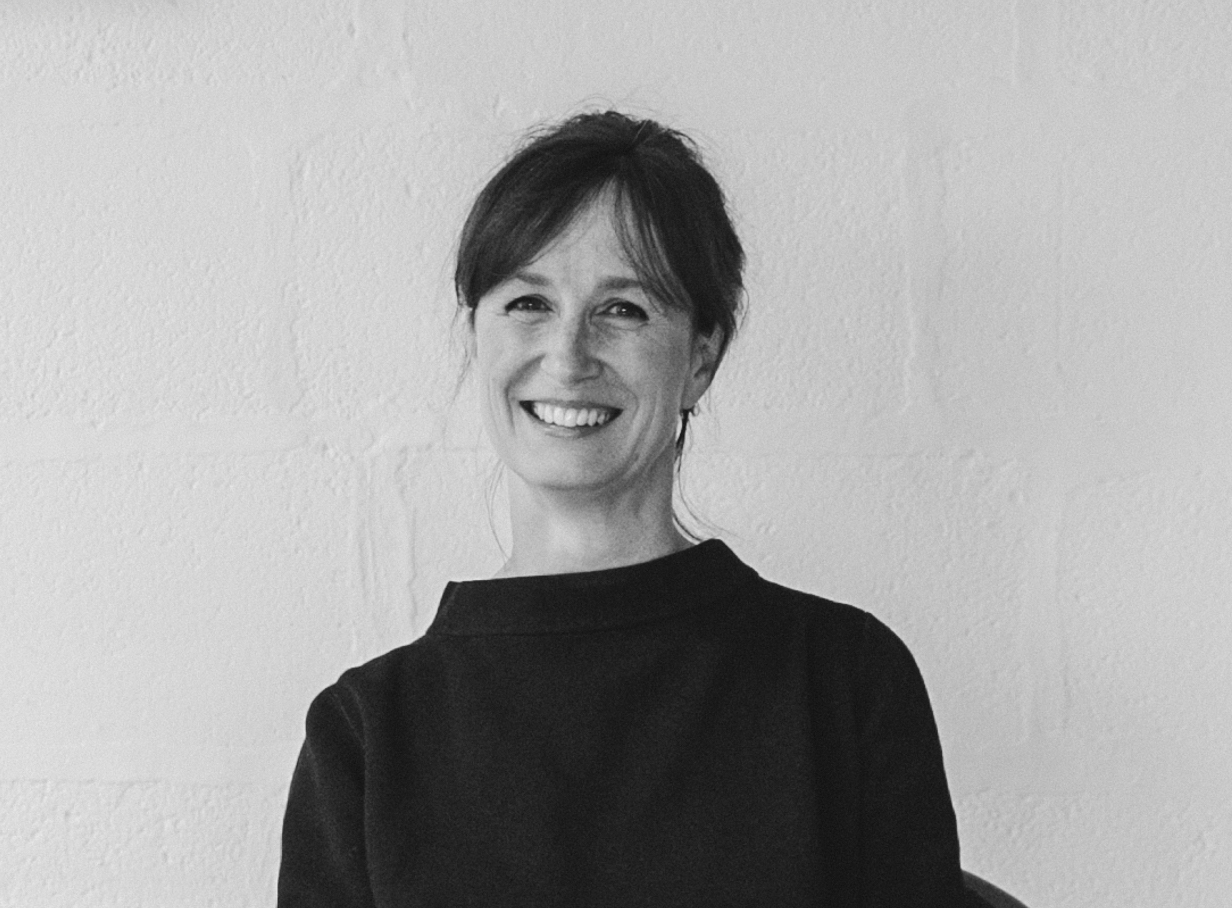 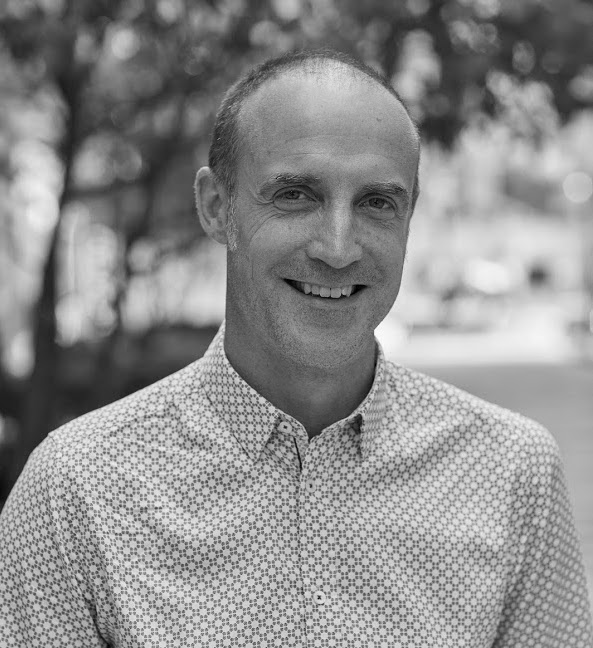 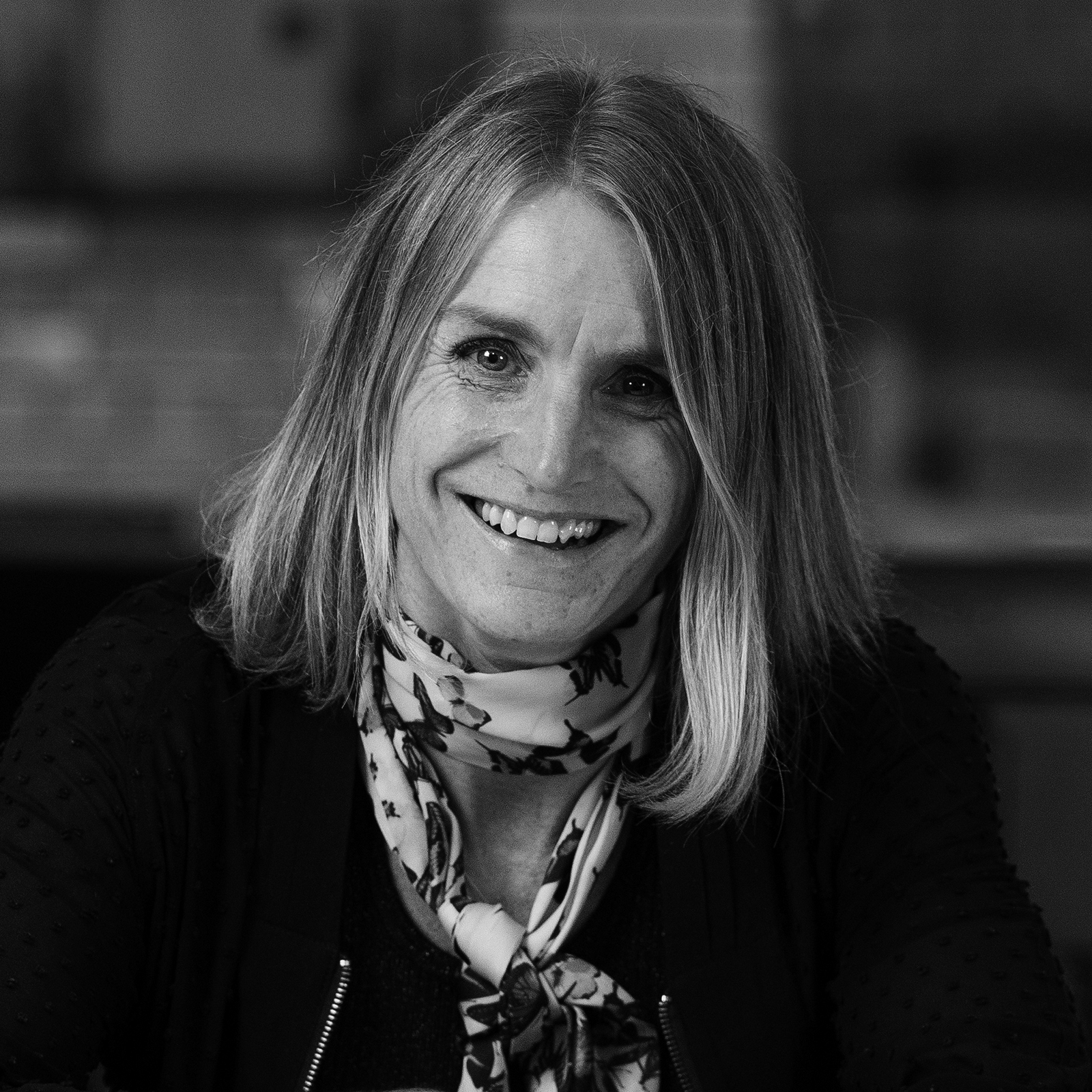 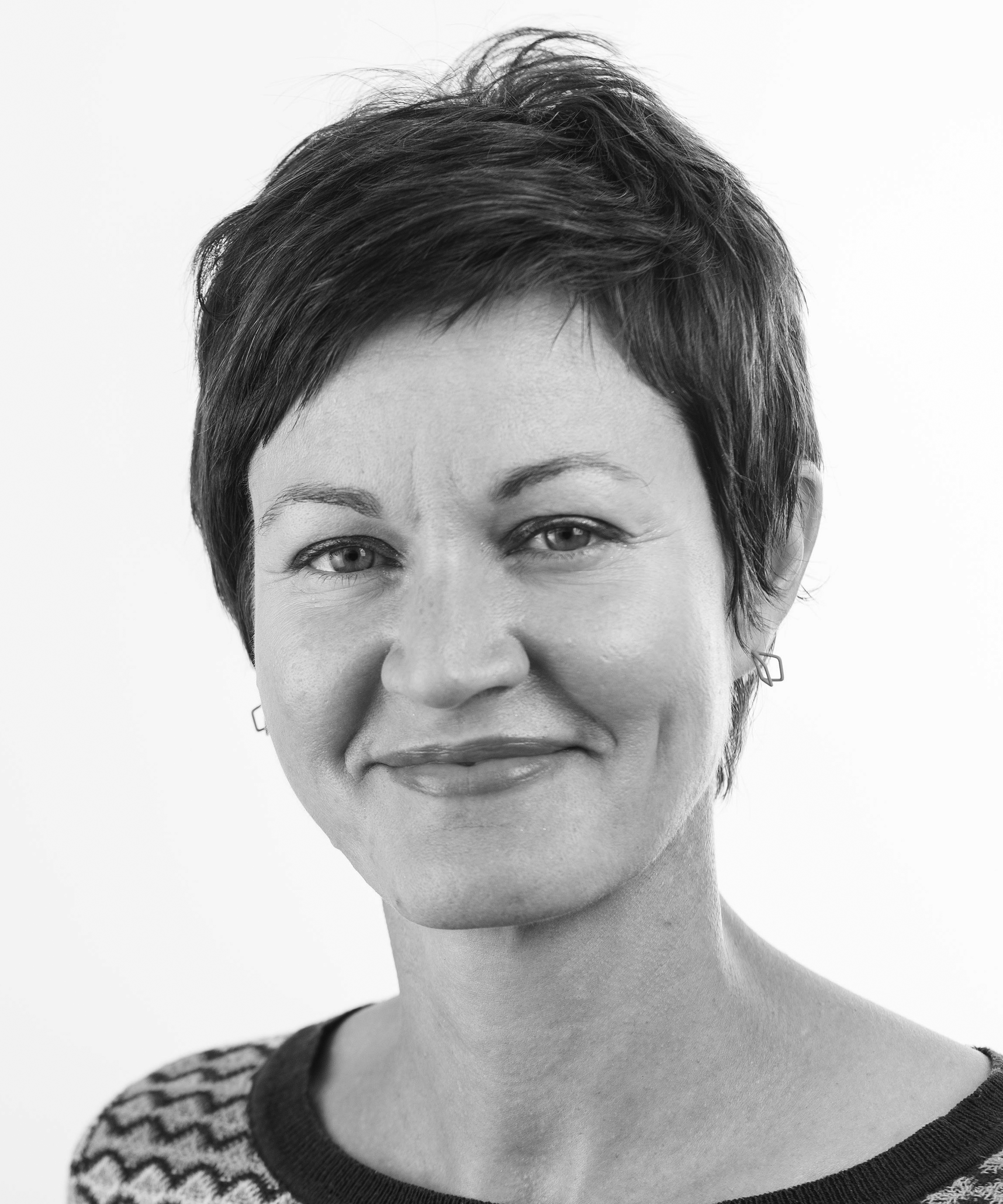 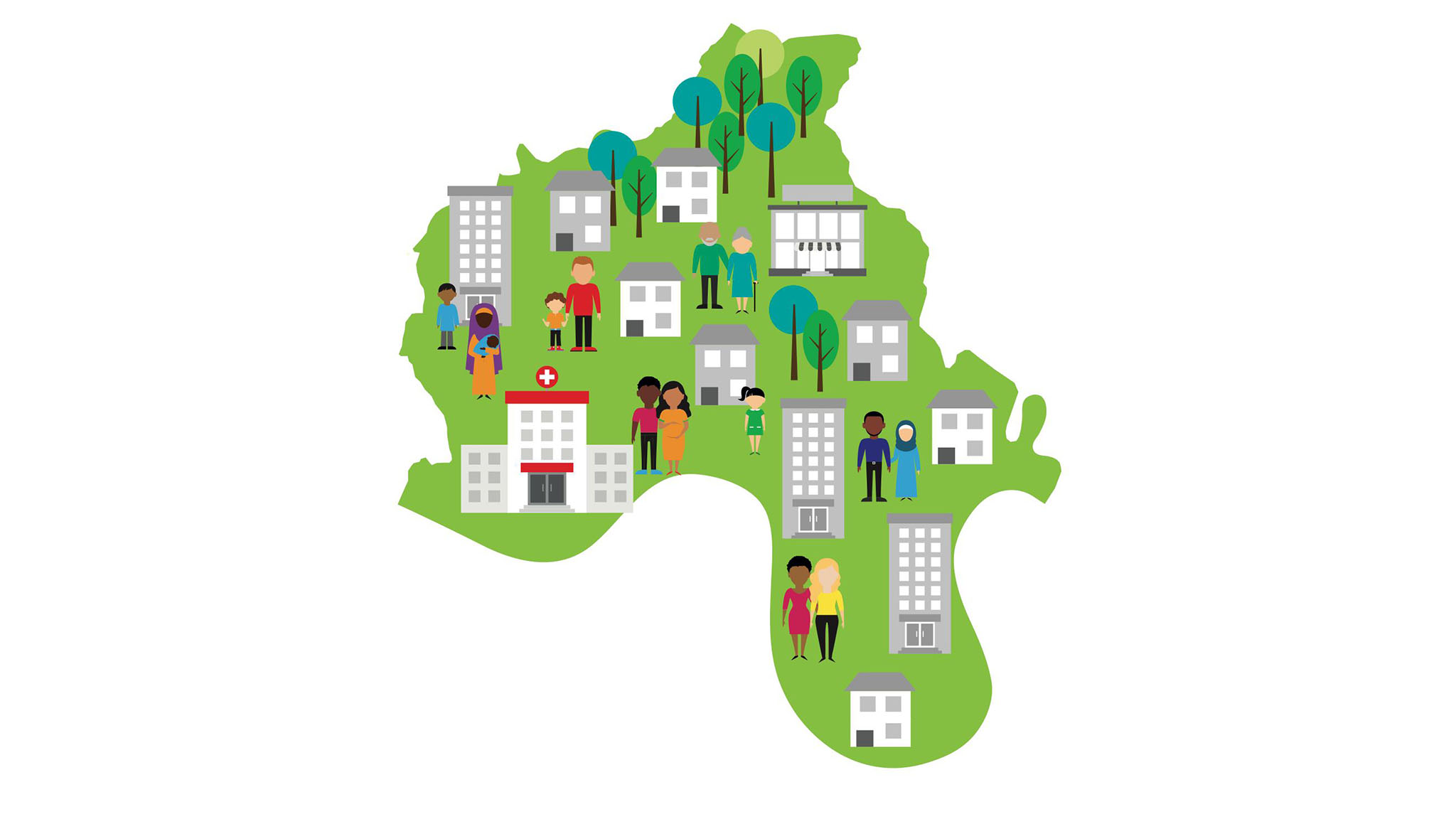 Illustration from the Tower Hamlets Health and Wellbeing strategy

The procurement process is obstructing the path of developers who are keen to squeeze out as much social value on projects as possible by asking for too much, too early, and before the specific needs of communities are ascertained. But there needs to be a ‘paradigm shift’ across the industry on post-occupancy evaluation, away from a tick-box approach so that the real, tangible benefits of projects can be measured, and repeated. And communities must be placed in the driving seat over how their environments – and lives – are shaped.
Those – along with a call for communities’ needs to be made more explicit – were just three of the key messages to emerge from Unlocking Social Value, an NLA think tank exploring the subject held last week with a number of experts in the field.
Kicking off discussion, Adriana Moreno Pelayo of Arup said that there could usefully be a sharper definition of what social value actually is but, by the same token, the term’s ‘width’ allows that each organisation can tailor it according to the outcomes they want to achieve. ‘Ultimately ,social value is about delivering an improved quality of life for a certain group of people’, she said. Using different levers, this could mean decent employment practices, access to green spaces, or affordable housing. ‘I don’t think we should be too narrow. I think we could leave it open, personally’.

Nivene Powell of Ecoworld said there should be some simple accessible form of definition if it is to be embedded throughout businesses, while Jeff Joseph of Bouygues said that although there should be a sharper definition, we all have different ‘skews’, so doubted it would ever happen. ‘There are so many different nuances to this’, he said.
A definition is needed, but, bluntly speaking, that would be for those organisations that don’t get it, said Sahil Khan of Catalyst Housing. ‘There are organisations that aren’t doing social value but are willing to get on board’, he said. ‘It is a simple concept and organisations just need to have an open mind’.
While guiding and bespoke principles would be useful, said Mark Bolger of Atkins, Zac Dixon of AECOM said it was all about ‘additionality’ and Richard Fagg of Vinci Developments that the emphasis should be on local interpretation. ‘We need to reflect their specific needs’, Fagg said. ‘You cannot apply one-size fits all to social value…people need to take ownership’.
What is worrying in this, though, said Jo McCafferty of Levitt Bernstein, is that the commitment with regard to social value at the bidding stage in the procurement process is getting more specific ‘before we have understood what kind of community we are working in’. It’s very much more about ‘bespoke solutions’ for each community and each team, she added. Indeed, it is the needs of communities and their areas that should be determining the actions, said Jacqueline Flynn of LB Southwark. ‘The procurement process is almost getting in the way of what we’re seeking to deliver’. Powell agreed: ‘It’s about what those communities want; it’s not about us parachuting in and saying: “this is what you’re going to have”’.
When it comes to the key challenges of measurement, Mike Saunders of Commonplace said the subjective elements get missed and there isn’t enough information to assess what communities need.

‘Engagement is a really critical element in all of this’, he said. It provides a benchmark, a measure on progress, and outputs on how it is delivering quality of life’. Social value mapping is one way of getting communities to talk about where they live, looking at place through a map, while some kind of statement of community need is another idea of specifying who communities are and what their needs may be. 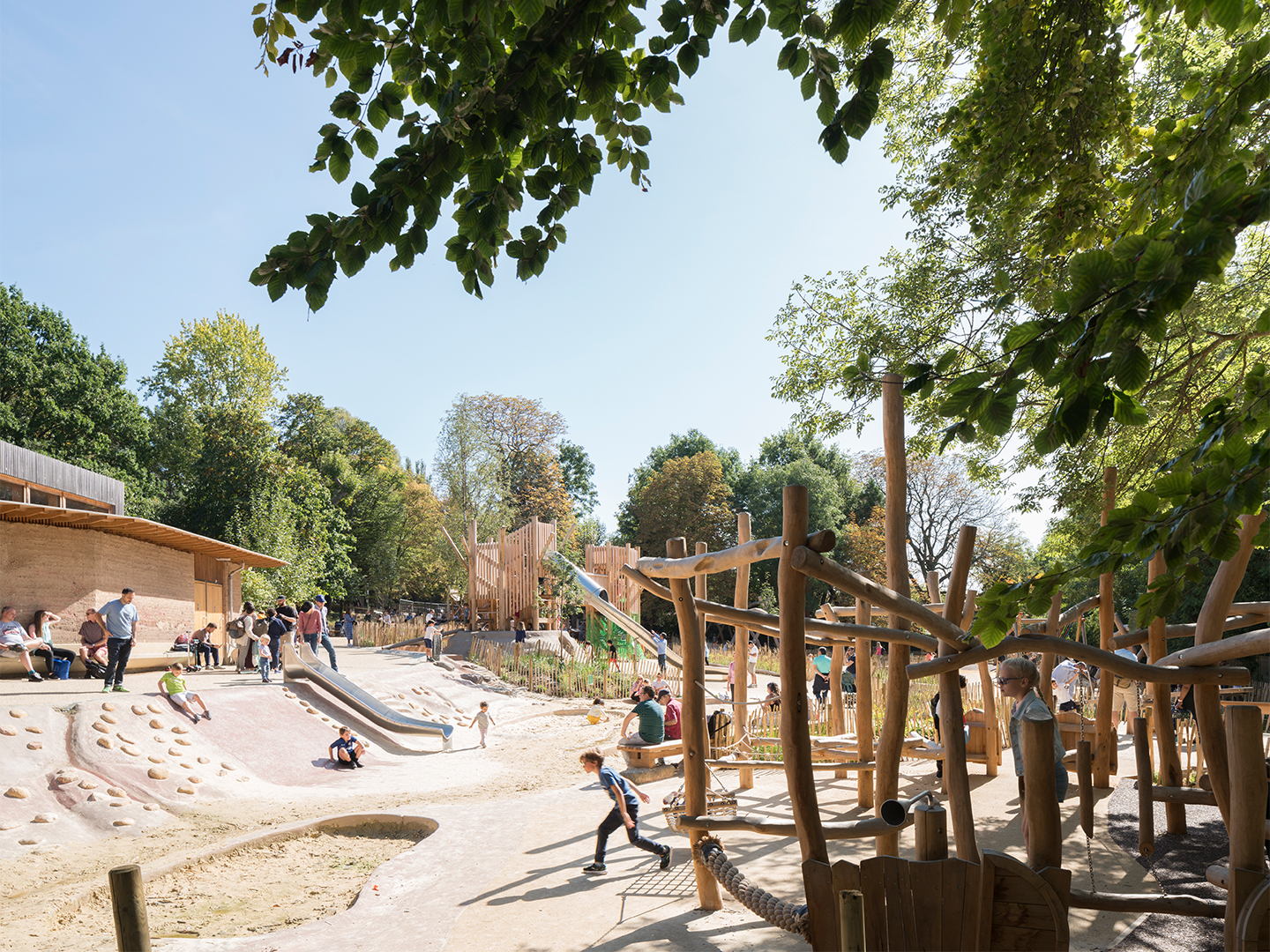 Bolger said Atkins has developed an asset value calculator that focuses on the ongoing life of the building and therefore its whole value including the post-construction period. Having standardised metrics is probably the way forward, he said. During the operation and construction phase, measurables include environmental impact or employment numbers, said Beth Bourrelly of BDP, but factors like what buildings make communities ‘feel’, including their wellbeing, are much more ‘ephemeral’ ideas that are much harder to measure, value and monetize, even using the social value toolkit.

Riette Oosthuizen of HTA agreed, saying that post-occupancy evaluations need to take on more of the experiences of people, but as a practice HTA wants to learn what sort of design decisions need to be made differently in that context over green spaces and other issues. The more formal tools available don’t look at design value at all, she said.

McCafferty looked to other disciplines such as medicine here, where there is very much a feedback loop in terms of understanding the benefits of interventions, researching and following it through, and then feeding that into another iteration. ‘And in the built environment we just don’t do that’, she said; architects often being actually discouraged from coming back to projects by insurers. ‘I think there has to be a complete shift in thinking’, she said, ‘not only on design focus but also emotional impact; all of the benefits that we know that good design can bring, with regard to social value’.

There needs, too, to be a ‘recalibration’ on timescales – and longer periods of evaluation over which true, empirical data can offer more insights. ‘As architects we’re desperate to be involved in that process because it influences every line we draw on the page’.

Flynn said a ‘paradigm shift’ was needed to resolve this issue, and the fact that POEs are not included in costings.

Fagg said there were examples of companies putting the biggest number on bids to just win the job in the same way that companies pay £1000 to plant some trees somewhere in a move to become ‘carbon neutral’, neither of which truly address the issues. ‘We need action on the ground to help people’s lives’, he said. No toolkit covers all the bases, he added, but perhaps we should not underestimate the power of consultation said Powell.

Measurement tools are good insofar as five years ago there was only lip service paid, said Joseph. ‘It has made a major difference’. Planning could do more to set the right frameworks for social value, though, said Saunders, and there are existing quality of life surveys too which can provide benchmarks for sites or communities. But it was important to also use ongoing consultation as schemes go through planning and construction and then into post-occupancy stages – and the planning process should set this out in more detail, along with how POEs could be used. ‘It is a mechanism that government can use to provide more structure’, he said.
We need to embed social value from the very beginning, agreed Pelayo, and the procurement stage is probably too late. Another point would be for legislation to be made to require consultation, said Saunders, and there are spin-off benefits, as has happened in Waltham Forest with a rise in the number of people volunteering.

Gareth Gwynne of Tower Hamlets said there is also a question over who does these evaluations. But some of the richest data that arose from a local consultation emerged from 120 interview from caretakers and others who manage some of the high-rise schemes in the area, he said. ‘There are huge lessons to be learned from that’.  Social value is the development plan for authorities like Tower Hamlets, he added – value should always be contested and up for discussion rather than being something for someone in a town hall to decide upon.

An example is a ‘communities driving change’ programme at Tower Hamlets which is being led by its public health team, with people going into housing estates to meet and discuss what residents want. The projects that work the best, added Joseph are those where the community is at the heart of what you are doing. And people from diverse backgrounds ‘really want to have a voice now’, added Powell, stressing the importance of listening, and incorporating their asks in all social value ‘promises’.
Meanwhile at Catalyst, said Khan, the communities team’s strength is its network of workers who are actually embedded in communities. ‘Our approach is always based around people, place and partnerships’, he said. ‘One of our things is that we are really optimistic and passionate and enthusiastic and ambitious for our customers and our communities, and I think that's really key…it’s that whole place, whole community approach, and is as ambitious as we can be’.  The ultimate point, added Khan, is a simple one. ‘I think the really important thing here is really putting communities in charge’, he said. ‘Really empowering communities and not just sharing power but really putting communities in the driving seat’. 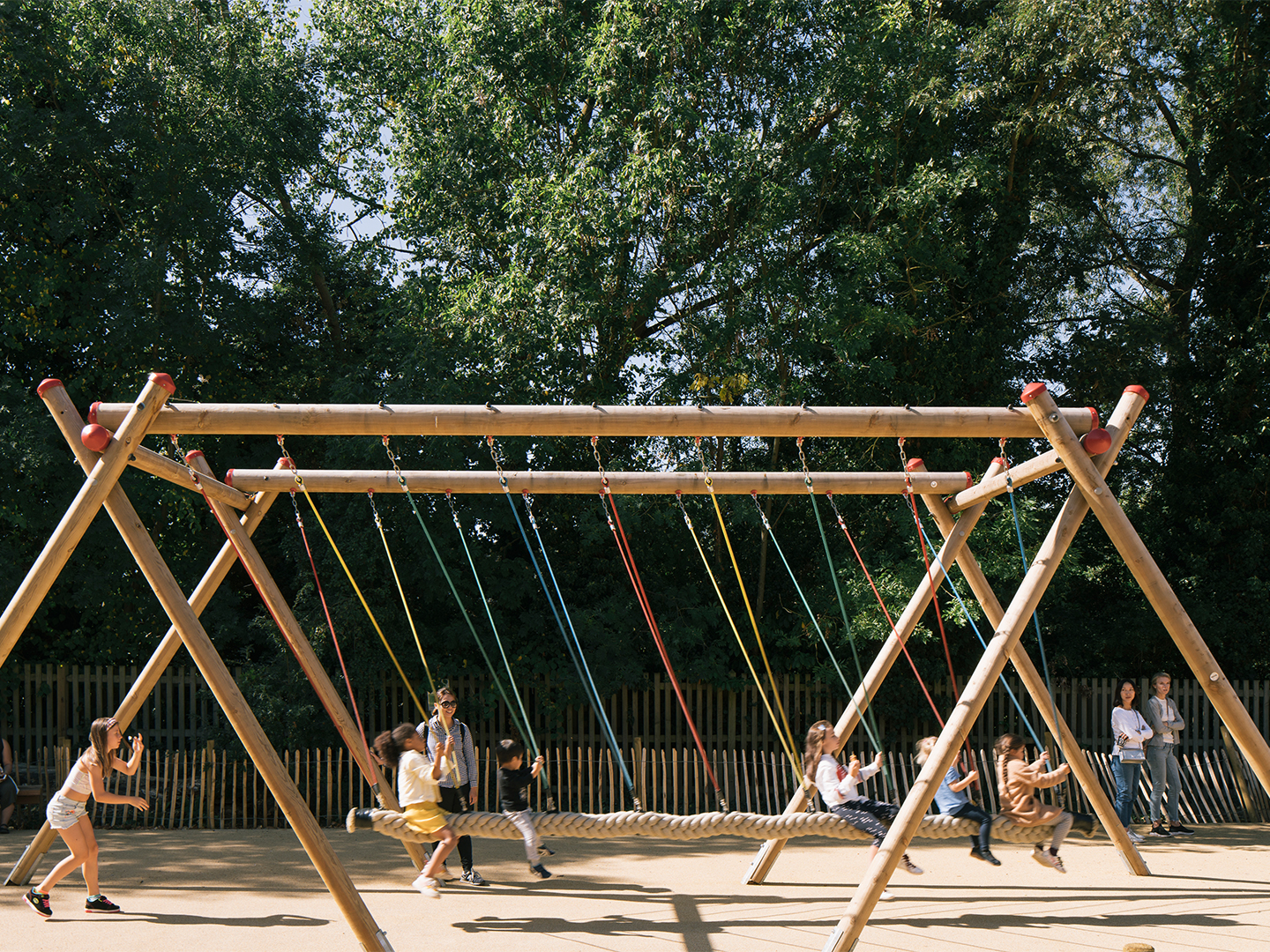 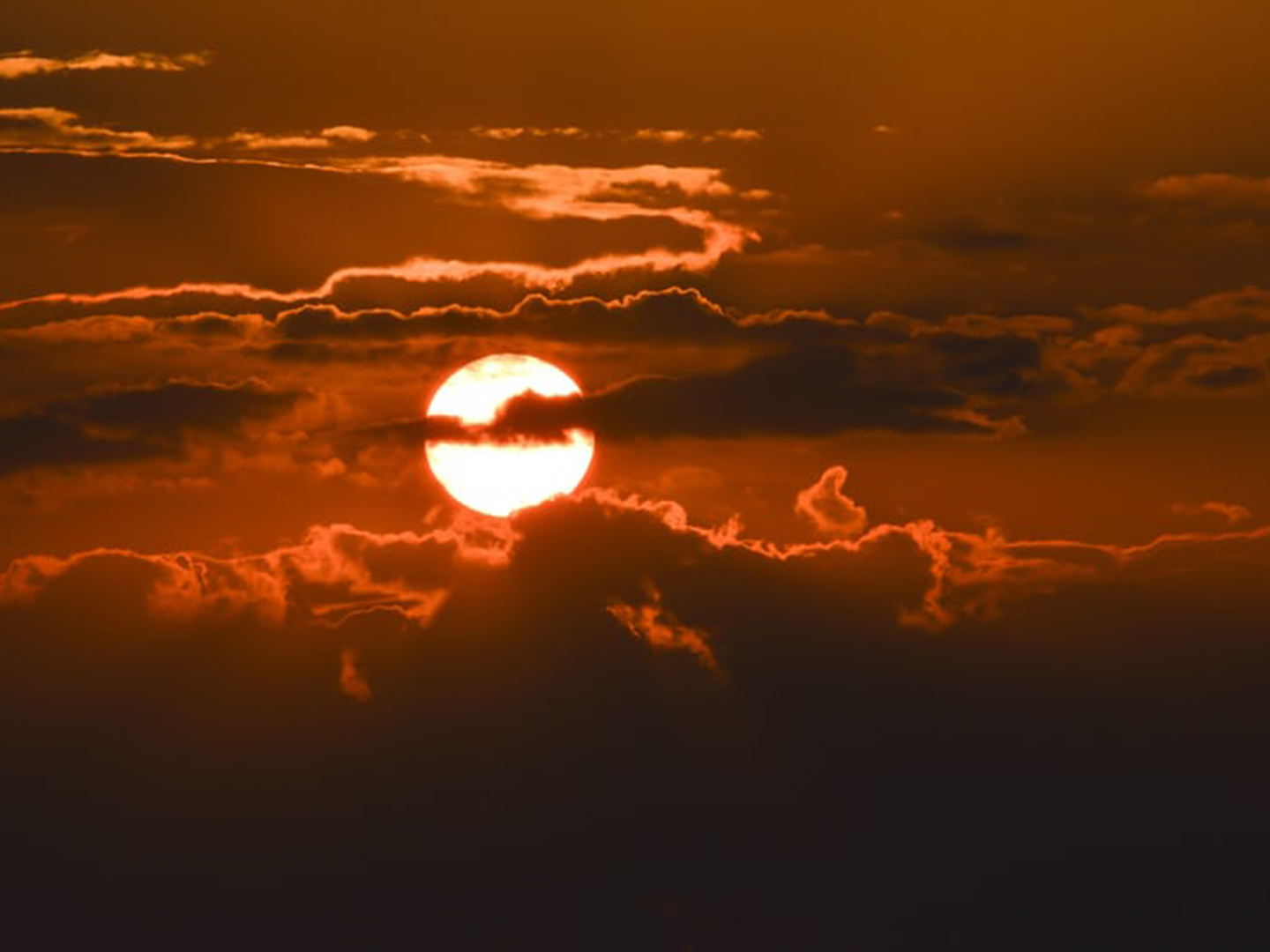 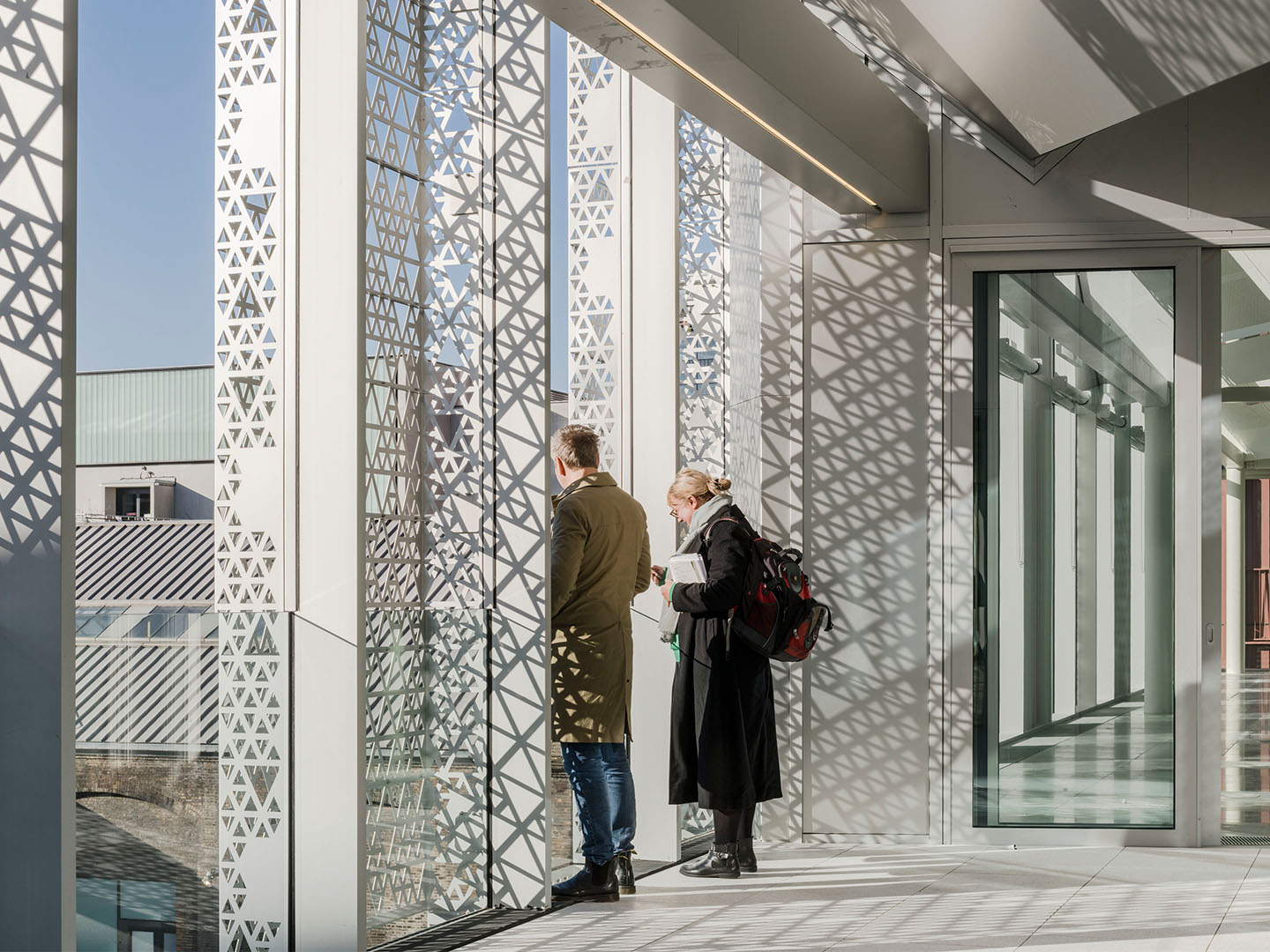 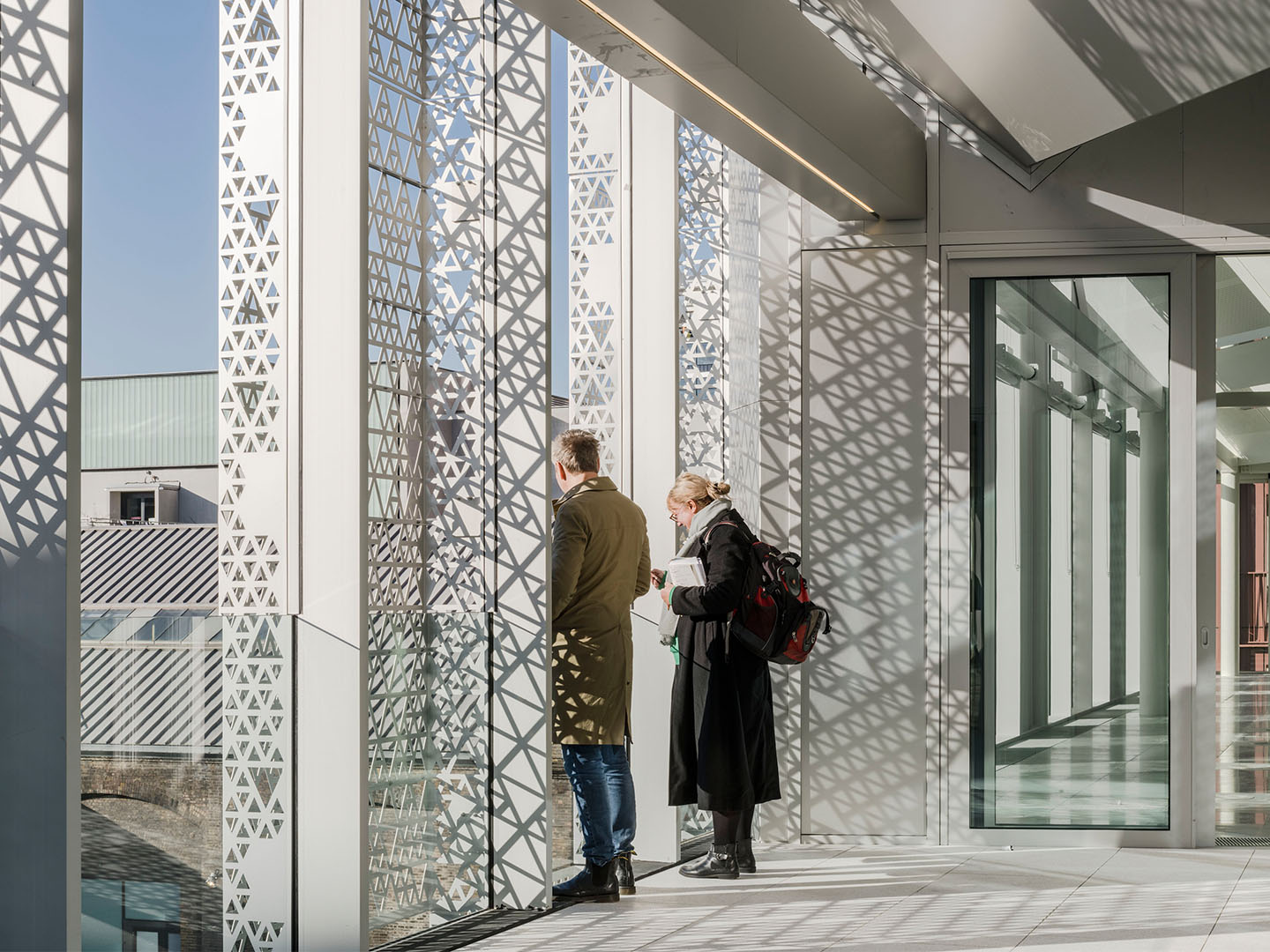 Healthy Buildings - A focus on light and indoor air quality

In this webinar we present case studies and approaches on how to maximise light and improve indoor air quality to create...