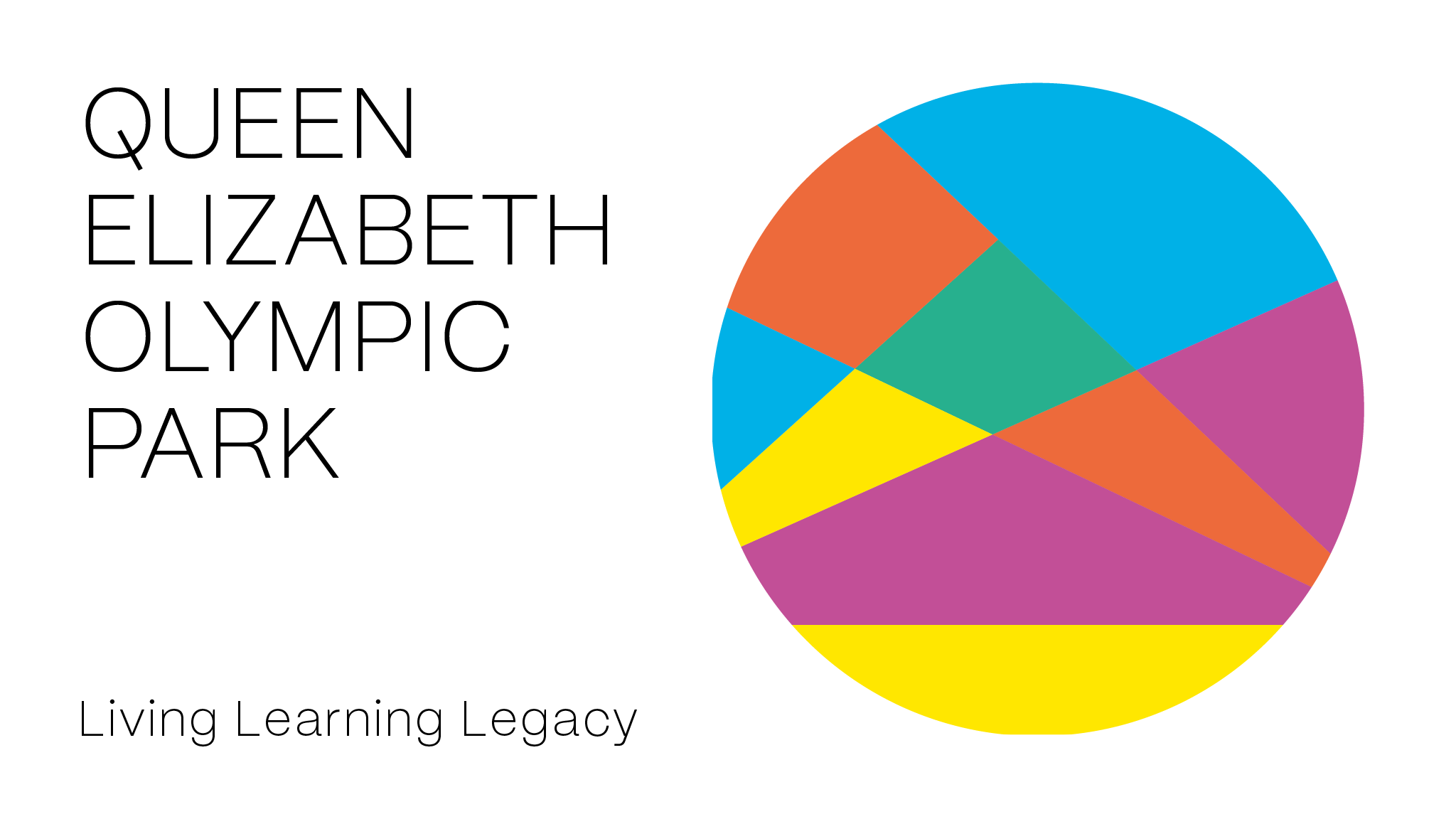 The Olympic and Paralympic Games in the summer of 2012 were a pivotal moment in the recent history of the capital, but their longer-term importance lies as a catalyst for the wider regeneration of east London, encapsulated in the concept of ‘legacy’.
Our latest NLA report delves into the vision, purpose and challenges that have been faced throughout the ongoing development of Queen Elizabeth Olympic Park and its surrounding areas from the moment London won its Olympic bid in 2005 to today and looks ahead at what is still to come.
Featuring exclusive viewpoints from key individuals involved with the development of Queen Elizabeth Olympic Park, as well as a project showcase, the report goes beyond providing another descriptive or historical narrative, but instead draws out key underlying principles of the London Games legacy, as these relate to the physical transformation of Stratford, and how these might inform future urban regeneration across London.

Peter Murray OBE
Curator-in-Chief, New London Architecture
The positive impact of the 1992 Barcelona Games on that city, contrasting with Sydney’s lack of long-term plans for their 2000 Olympic site at Homebush Bay and the tumbleweed blowing through the Athens 2004 stadia, prompted London to seek from the start a sustainable legacy that would regenerate the impoverished East End of London.
Plans were put in place that would encourage public and private investment and merge the brownfield site north of Stratford seamlessly into the A-Z map of London.
This NLA report looks at the legacy of the London 2012 Olympic and Paralympic Games. It traces how the plans have come to fruition, how they have delivered a popular and exquisitely landscaped park for the communities of the area, and how they have delivered new housing, new job opportunities as well as permanent sporting amenities for both professionals and the general public.
Before London won the bid, I used to cycle regularly through the area, passing huge mountains of discarded fridges, avoiding the burnt-out cars and broken glass strewn across the deserted streets. To transform such a desolate place into a piece of city in less than two decades is remarkable and would have been impossible without the catalyst of the Olympics.
It is a testimony to the teams involved in its design and construction. Prior to the Games, we did not have a great record in the delivery of grands projets: Terminal 5 at Heathrow had been delayed for 12 years in the planning process, Wembley Stadium was four years late and the Government’s abandonment of Picketts Lock as the venue for the 2005 World Athletics Championships did not bode well for our Olympic bid.
But the naysayers were confounded. The Stratford infrastructure and buildings were brilliantly delivered, a global advertisement for UK PLC. The Velodrome, perhaps the best of the buildings with its near-perfect integration of engineering, architecture and construction, designed by Hopkins Architects was the nation’s favourite to win the prestigious Stirling Prize in 2011 but was outrageously ignored by the RIBA jury.
Today, Queen Elizabeth Olympic Park is filling not only with new housing but with offices, cultural centres, and university campuses: a rich mix of uses that makes it one of the key hubs of London outside of the Central Activities Zone, reinforcing the capital’s polycentric nature, a hallmark of its resilience and flexibility in a post-COVID future.
Mayor Ken Livingstone’s plan to use the Olympics to extract funding from the
Blair government followed by Johnson’s boosterism leading up to the Games were an unlikely combination that delivered a successful event and positive change. We wait to see whether the present Mayor can widen the legacy and accelerate the regeneration of the Royal Docks, an area that has been desperately slow to follow Stratford’s example.
Lyn Garner
Chief Executive, London Legacy Development Corporation
This book tells the story of Queen Elizabeth Olympic Park. You will learn that it is about so much more than a wonderful summer of sport. As well as those magnificent Olympic and Paralympic Games in 2012 which lifted spirits and brought so much pride, the Park is at the heart of one of the largest, most ambitious and extraordinary urban regeneration projects whose benefits are now becoming increasingly apparent.
In the following pages, you will read about the contributions from a huge range of people from diverse organisations who have helped to shape the Park from its earliest days as a post-industrial brownfield site, to its Games-time configuration as a major events space through to what is taking place today as a new and inclusive part of the city.
All of those projects, from the largescale master planning through to small community- focused initiatives, were only made possible because of bold and decisive political decisions at local, London and national levels, continued cross-party support and collaboration between the public and private sectors.
Plenty of commentators will share their views in the media about what has worked and what hasn’t. That is for you to judge, but the amazing stories and projects contained within these pages don’t lie about the scale of change not only since 2005 but also since 2012. Delivering the Games was a remarkable feat, and those Games provided the perfect backdrop and impetus for this incredible regeneration project that is still only part way through its journey.
Thousands of homes have been delivered already with thousands more to come, 33,000 in the wider area by 2036. We have two amazing business districts at IQL and Here East, between them bringing thousands of jobs to Stratford. All the permanent sporting venues are open and used alongside temporary spaces, hosting world-class events from Premier League football to ABBA; Major League Baseball to the Red Hot Chili Peppers, all helping cement east London as an international visitor destination and helping to drive London’s economic recovery. But the best is still to come.
SHIFT, the Park’s inclusive innovation district, will harness the potential of the world-class universities coming to the area and join them with the entrepreneurs, tech start-ups and other movers and shakers who will help Stratford return to its roots as a place of innovation and making, this time with cleaner, greener and smaller technologies.
East Bank starts to open its doors in September 2022 with UCL East’s One Pool Street building. From 2023 UAL’s London College of Fashion, UCL’s Marshgate building, Sadler’s Wells East, V&A East Storehouse, BBC Music and V&A East Museum will also open. The potential for local people and businesses is huge.
I hope the projects you read about in this book inspire you, not just in your careers and professions, but also to come to Stratford to enjoy the Park and savour both what has been achieved here already and what is still to come. 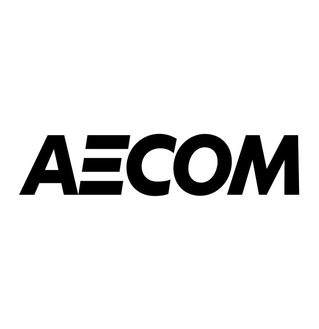 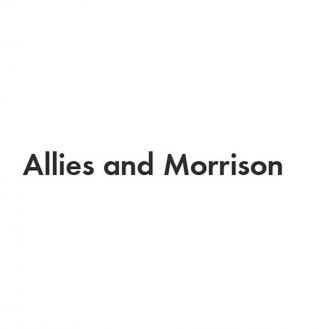 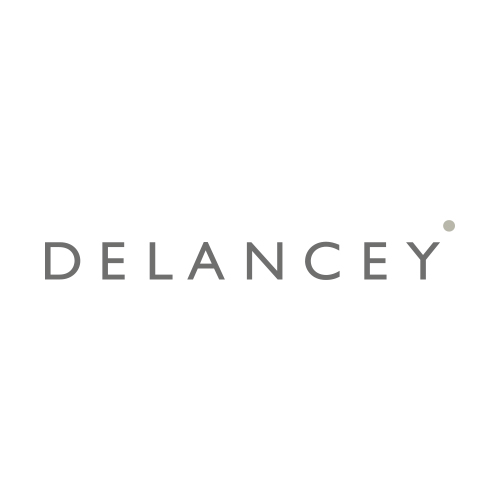 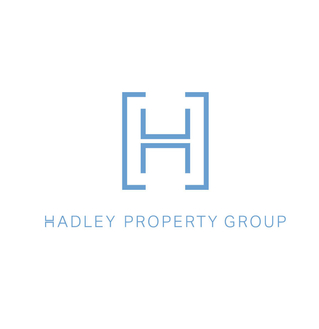 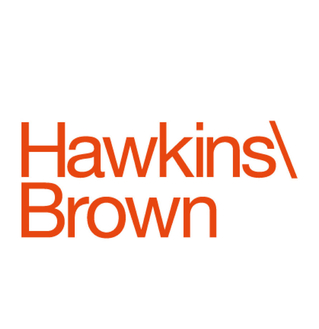 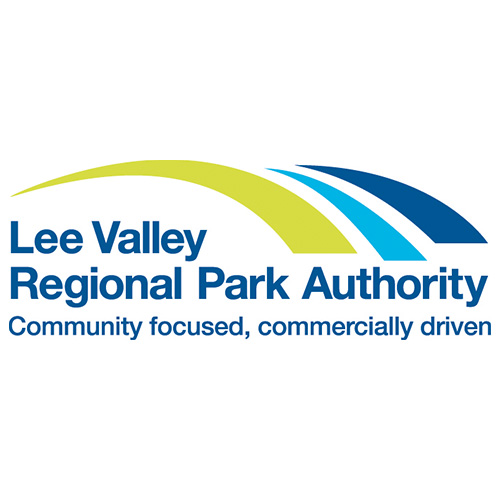 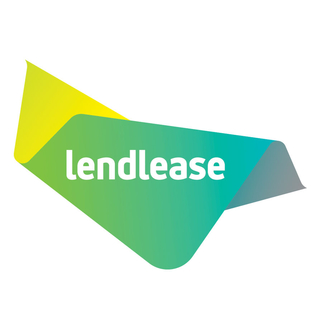 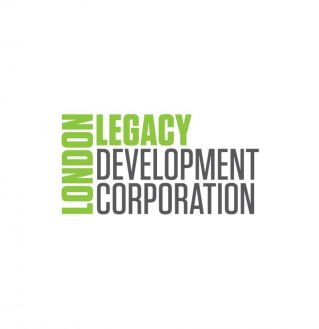 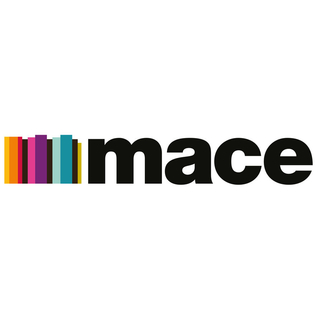 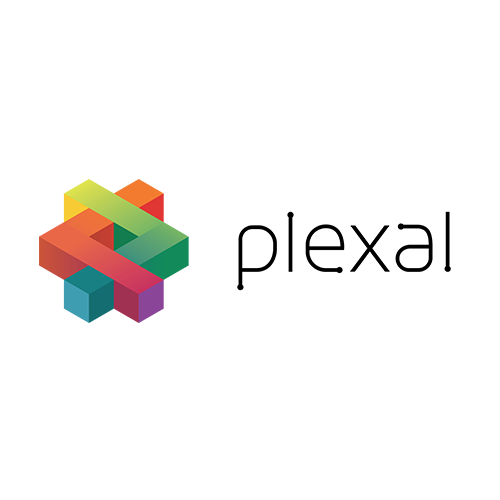 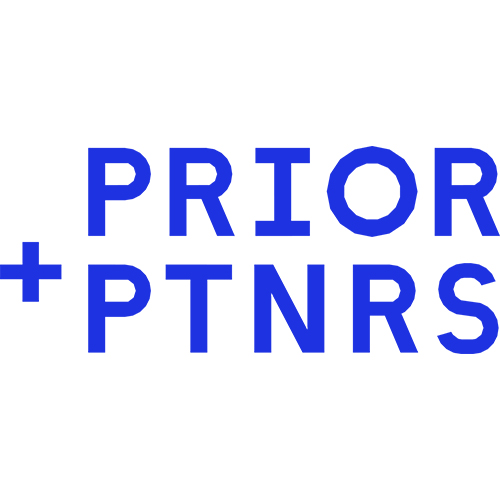 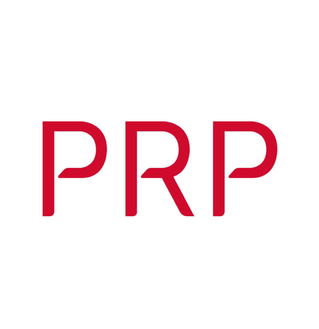 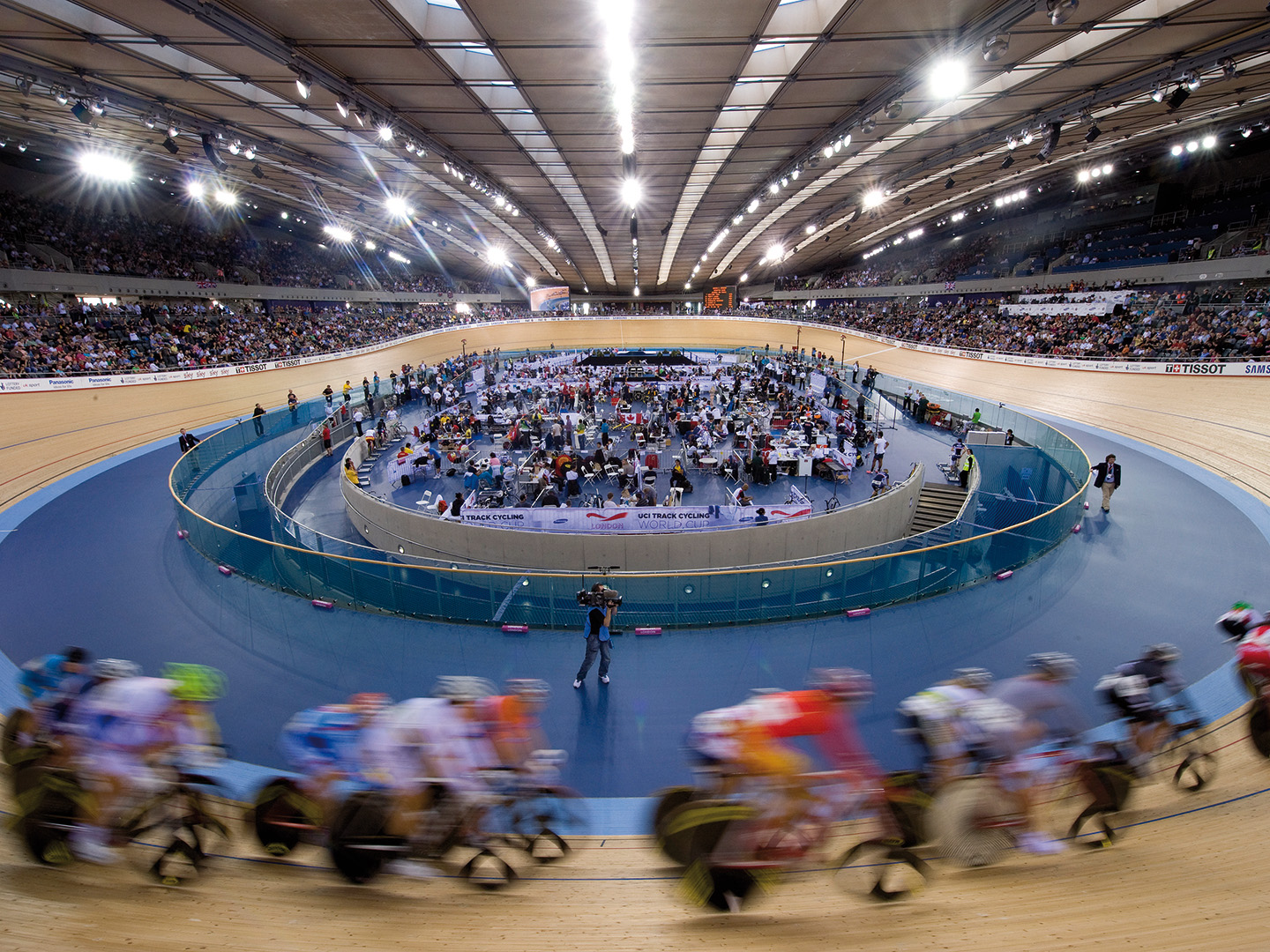 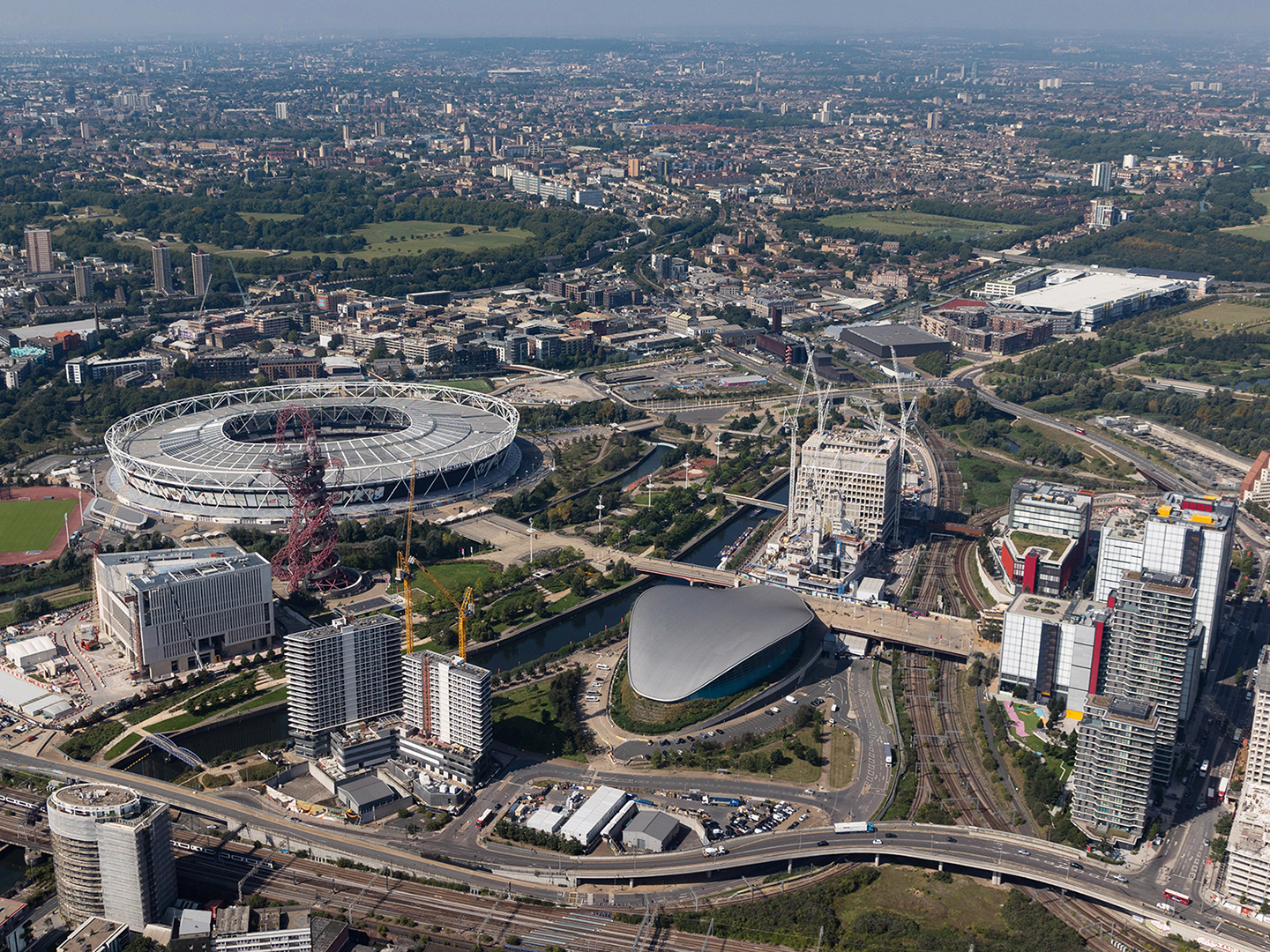