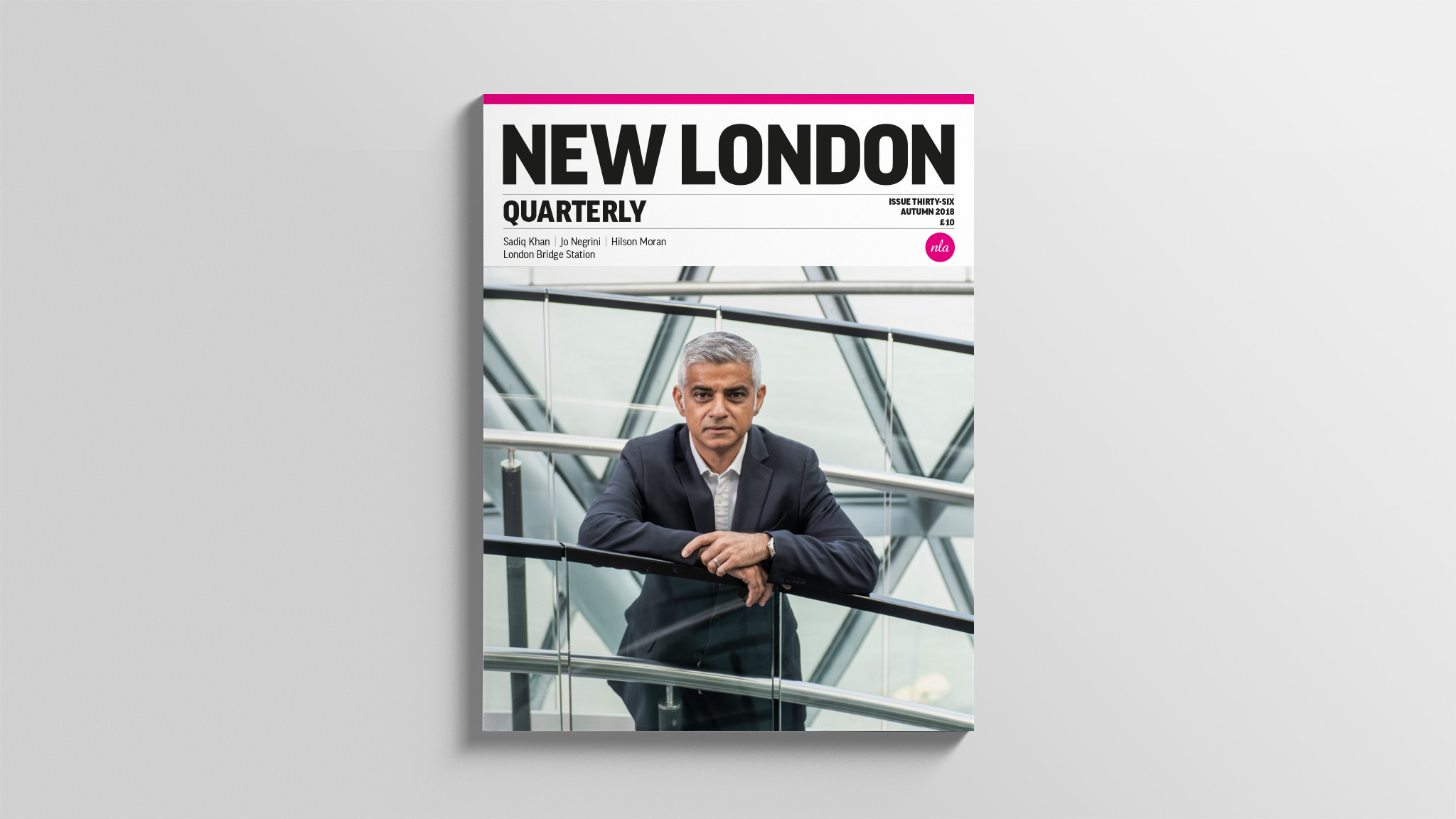 Sadiq Khan, Mayor of London, honoured the New London Awards 2018-19 with his presence, giving a keynote address where he promoted ‘using good architecture and planning to
make a real difference to Londoners’. Good design must be the rule, he said, and not the exception, and London’s greatest asset – its diversity – must be retained, enhanced and celebrated. In this issue the Mayor answers some of our questions on diversity, design, ‘good growth’ and other matters. Also featured is 2018 New Londoner of the Year Jo Negrini, and the Awards Overall Winner , London Bridge Station.

Viewpoint
We ask: is factory-made housing a solution for London?

Soundbites
Who said what at the main NLA events this quarter

Murray Mint
Peter Murray asks: why has ‘regeneration’ become such a dirty word?

The directory
Our guide to the companies and properties in London, complete with agents’ views on specific areas