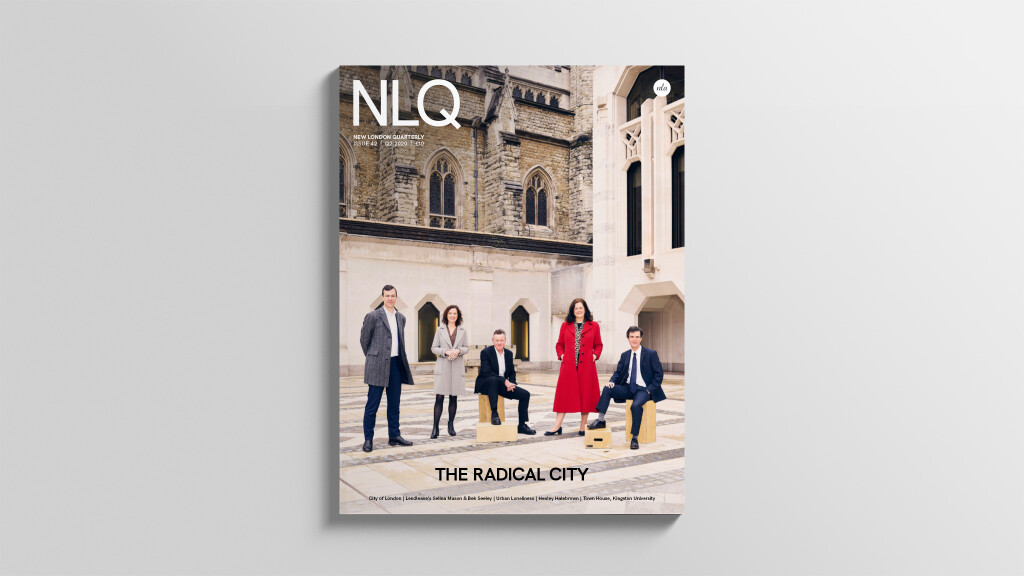 New London Quarterly is NLA’s magazine about built environment issues as they affect the capital.

Loneliness is a big issue for major cities like London, especially with the decline of spaces like pubs and community centres where we once connected. It can be debilitating, and is, some suggest, as detrimental to our health as smoking 15 cigarettes a day. So, what can be done? We investigate, with a feature on the issue prompted by Kinship in the City — new research done on the subject by Make Architects’ Future Spaces Foundation.

Lendlease is also working in this area. Its Loneliness Lab seeks to tap into this subject and, through it, reach out to communities and foster connections, which will be helpful when it comes to healing hard-hit, disconnected areas of London like Euston. We proﬁle Selina Mason and Bek Seeley of Lendlease in this issue as the developer looks to bolster its collection of new city ‘quarters’ by creating new places at either end of the HS2 main section.

The City is no stranger to change either, and is ushering in a new chapter for the Square Mile underpinned by radical proposals and policies, from transport to tall buildings. We look at the new team at the Guildhall taking forward a place moving from ﬁ nance to culture and more, and doubtless banging its drum at MIPIM for its particular brand of proactive planning.

The need for more social, people-friendly and popular spaces is something that is high up on the agenda of Henley Halebrown as the practice pursues its line of carefully hewn, historically sensitive additions to the city. The pair talk to NLQ about their outlook on life, architecture and social conscience in our Top of their Game feature this time.

There is plenty more besides, including a look at Kingston’s new Town House project, a building by Stirling Prize-winners Grafton Architects that marries town and gown for the university and south London borough. There’s a look at Architects Aware, a group mobilising to attack another big issue for our times — homelessness. We have opinions on drones and future speciﬁcations, high-tech visualisation tools as a boon to developing cities, the nomenclature of offsite, and a word on what architects and other professionals can do to stem the tide of climate change. Finally, with yet more elections ahead of us this May, we ask both built environment practitioners and a group of youngsters what they think the new Mayor should prioritise for the city once he or she takes the reins.

Top of their game
Henley Halebrown discuss their work and ethos

The new teams
The City of London’s top brass set out their stall on radical planning and more.

Viewpoint
We ask: what is the most important thing you’d ask the new Mayor to do?

Opinion
Opinions this time on subjects from offsite to tech, to wellness come from Bryden Wood, VU.CITY, the BCO
and WGP Architects

From the team
Marathon woman — NLA’s Emily Wilson prepares to take on London and Paris...

Climate emergency
What can architects and planners do about the environment? LETI’s new guide has answers