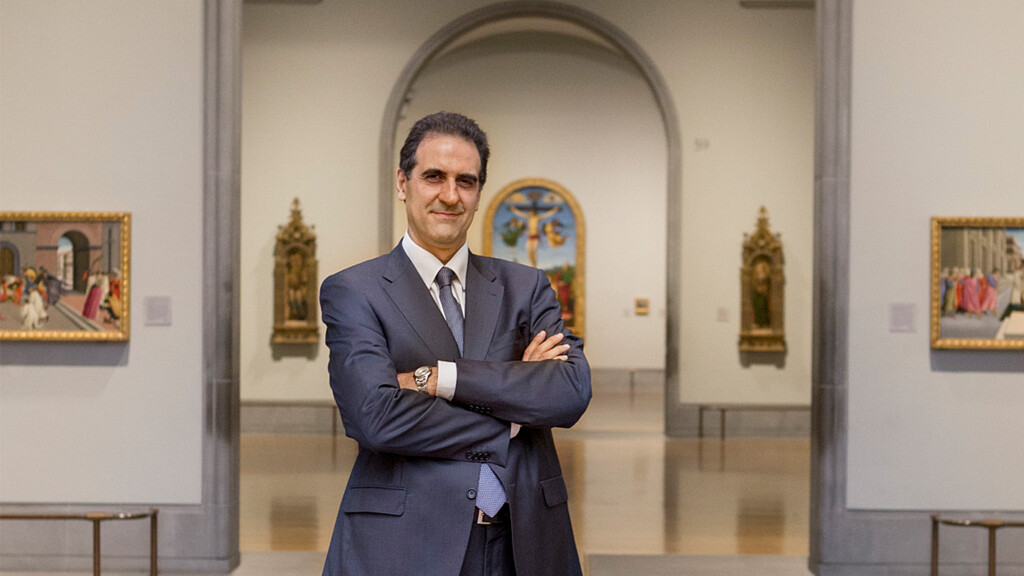 David Taylor talks to Dr Gabriele Finaldi, Director of the National Gallery, about the international architectural competition the institution is running to reimagine the ‘modern classic’ Sainsbury Wing to celebrate its bicentenary in 2024, the association with competitions in the past, and about wandering ‘forlornly’ around the galleries…

David Taylor: Hello! Firstly, I wanted to ask you about Covid and how it's affected the gallery. Obviously, you’ve been closed for a while and you were one of the first institutions to reopen back in July of last year. Presumably it's been difficult and also presumably you feel that culture is crucial for London's recovery?

I always think back to ‘instructions for visiting’, back in 1824 when we first opened, nearly 200 years ago. The National Gallery is there for the use of the public and the use is whatever us, the public, wants to make of it. If it’s enjoyment, if it's learning, if it's an aesthetic experience, if it's just meeting friends. So the Gallery plays lots of different roles, but while its doors are shut it can only play a few of those.

Two things happened. First of all, our numbers dropped very dramatically to zero of course once the Gallery doors were shut. Secondly, our online presence grew very, very strongly. And thirdly, we were preparing to reopen from the first moment, so I was very proud in July - actually the 8th of July - when we reopened to the public. We were the first major national to open to the public and we had that very strong sense of trying to be there for the public. 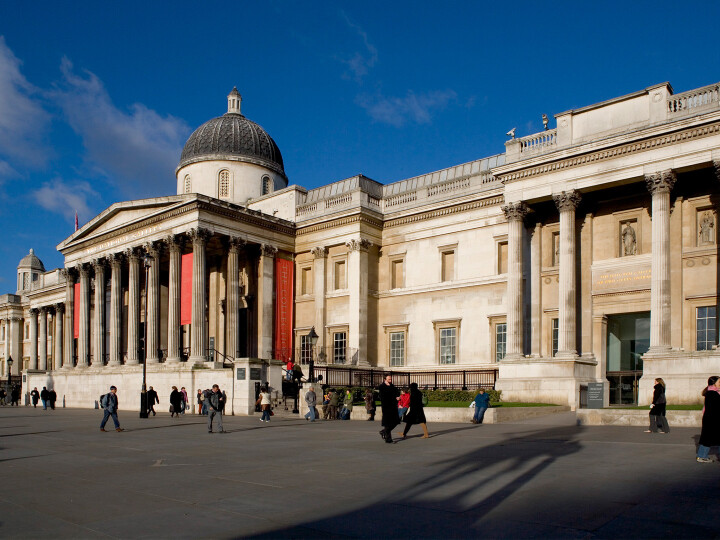 DT: Do you want to talk just very briefly about how the competition arose? I mean obviously it's to do with your plans for celebrations in three years-time for the bi-centenary. What essentially is the job?

GF: So 2024 is our bi-centenary and I think any institution that's celebrating such an important anniversary should certainly make the most of it. It's our opportunity to reset our national role as the National Gallery. It’s also our opportunity to do some important capital work. I always take my cue from the collection. If the collection is of an excellent standard, which it is, then in a sense everything else should be of an excellent standard. And I feel that there's a real opportunity here to make the welcome to the visiting public really excellent too. And that's got to happen around the Sainsbury Wing. We have ground floor access; we have access to the beginning of a collection at that end of the building. In the old days you used to go out of the portico and find yourself sort of with Van Gogh…

GF: …whereas the National Gallery is kind of laid out chronologically; it's a very strong characteristic of the collection. But also, it's important that we have got some space there which we don't have at the other end of the building. So I think the Sainsbury Wing offers us some really attractive possibilities for making the welcome to National Gallery a really world-class experience. I think people come to museums without a very clear idea of what they want to do, or even what they're going to see, so I think there's a lot that we can help them with. We found that with the specific itineraries around the collection that we established when we reopened in July, partly because of Covid limitations on numbers and one-way systems; we found that the public was very keen on being helped more than we've done until now. So anyway it's about the welcome to the Gallery at the North West end of the square; it's about the research centre that we want to establish just on the other side of Jubilee Walk - that's on the old building side. And I think it's a kind of cluster projects that sets us up for our third century. 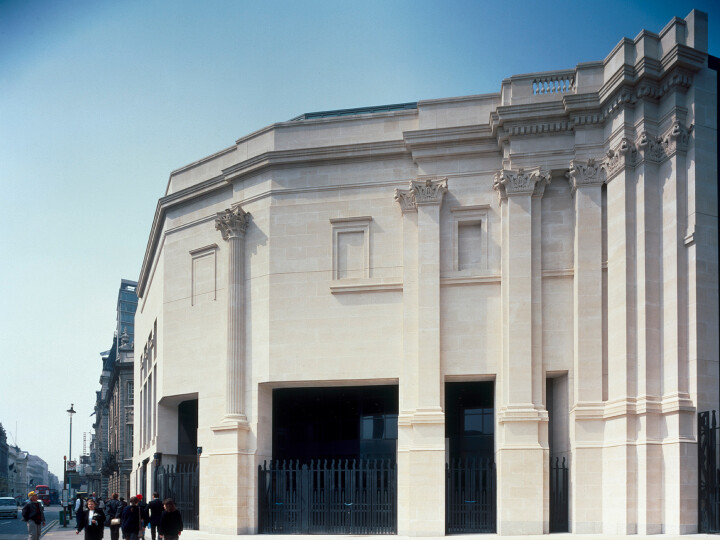 DT: What, in essence, are you looking for from the teams in the initial stage, because I think it's ideas and approaches rather than anything designed and drawn?

GF: That's very important. This isn't a tender for a design; it is a tender for an architect or an architect-led design team, so they will come in and they will work with us on creating the best possible welcome for the visiting public. It's about existing spaces, but it's about the public realm around the entrance of the Sainsbury Wing - that's the corner of Trafalgar Square and also Jubilee walk – and we want them to work very closely with us to define what the right design for us is. They need to be very sensitive to the gallery's needs - we are in a very prominent position here, working with two buildings which are very established. The Sainsbury Wing is a modern classic; it's a building that we have great love for. The Wilkins building is also a classic – they are both Grade I listed. So: what is the most sensitive intervention which creates the best possible welcome for the public?

DT: The Sainsbury Wing, in architectural circles or folklore and in terms of the competition arena has been associated with Prince Charles and ABK and the carbuncle speech. I presume you're hopeful that none of that residue remains?

GF: We are very exposed here on Trafalgar Square, so I think we need to be very sensitive to that. There is history, you’re right, to the site, and the building that emerged from the controversy is a building that took into account a lot of sensitivities, while at the same time I think making a really significant urban contribution. It's a building that has real quality to it. I think there's some beautiful work on the façade; it's very thoughtful. It helps to set the building in its environment. I think the galleries are among the most beautiful in the world. But I think there is room for improvement, particularly on the ground floor and in the way we welcome. And remember, it is 30 years on from 1991 when we opened. Things are different. We have many, many more visitors - or pre Covid - numbers were more than twice the numbers that the Sainsbury Wing was built for. And also, I think there are security concerns around how you deal with that sort of number of people coming into a public building. Covid, too, will have an influence on how people relate to built spaces.  And I think now is a good moment to rethink that.

DT: Are you phoning from there at the moment? Are you there?

GF: I am in my office in Traflagar Square, yes

GF: I'm just looking out - it's very quiet; there are very few people around. There are lots of buses which are empty. And there’s almost nowhere you can go to buy a sandwich….

DT: And do you get to sort of wander forlornly around the galleries? That’s my picture of you! 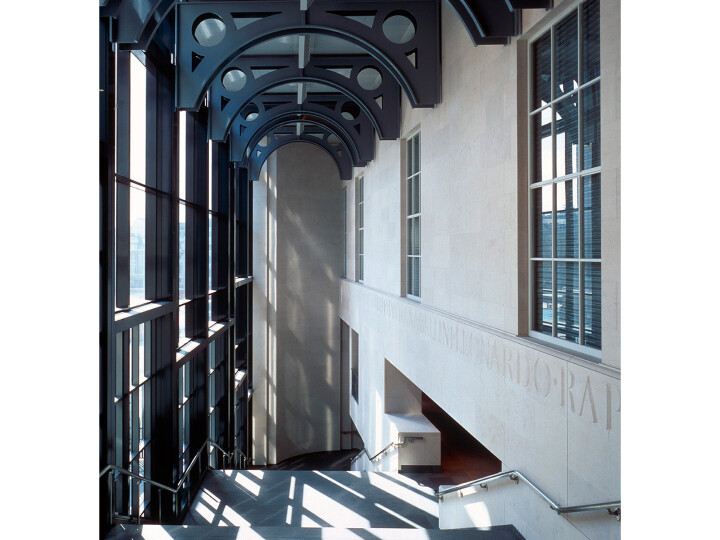 GF: It is a little bit forlorn to walk around the galleries, but then I focus on the pictures and for me that's what's exhilarating about working here. You know, whether it's Poussin, Rubens or, Manet, there's always so much that I feel is being communicated to me as I walk around the galleries. But it's true, there is a sort of forlorn-ness about walking around an empty gallery, and knowing that people are not going to be here for a while still. We don't know when we will reopen.

DT: I was going to ask you about the time frame. What are your hunches on that?

GF: Well, I suspect if we're lucky, we'll be able to open in April. That would be a good outcome. But who knows? It may even be slightly later.

DT: Well, I wish you best of luck, and also with the competition. Presumably you're not hoping to initiate another style war as it was termed at the time I think, drawing on my memory banks?

GF: We don't want to start any war! (laughs)

DT: (laughs) Well, lovely to speak to you and good luck it all. It sounds great.

GF Thanks very much indeed.

Find out more info on the competition.