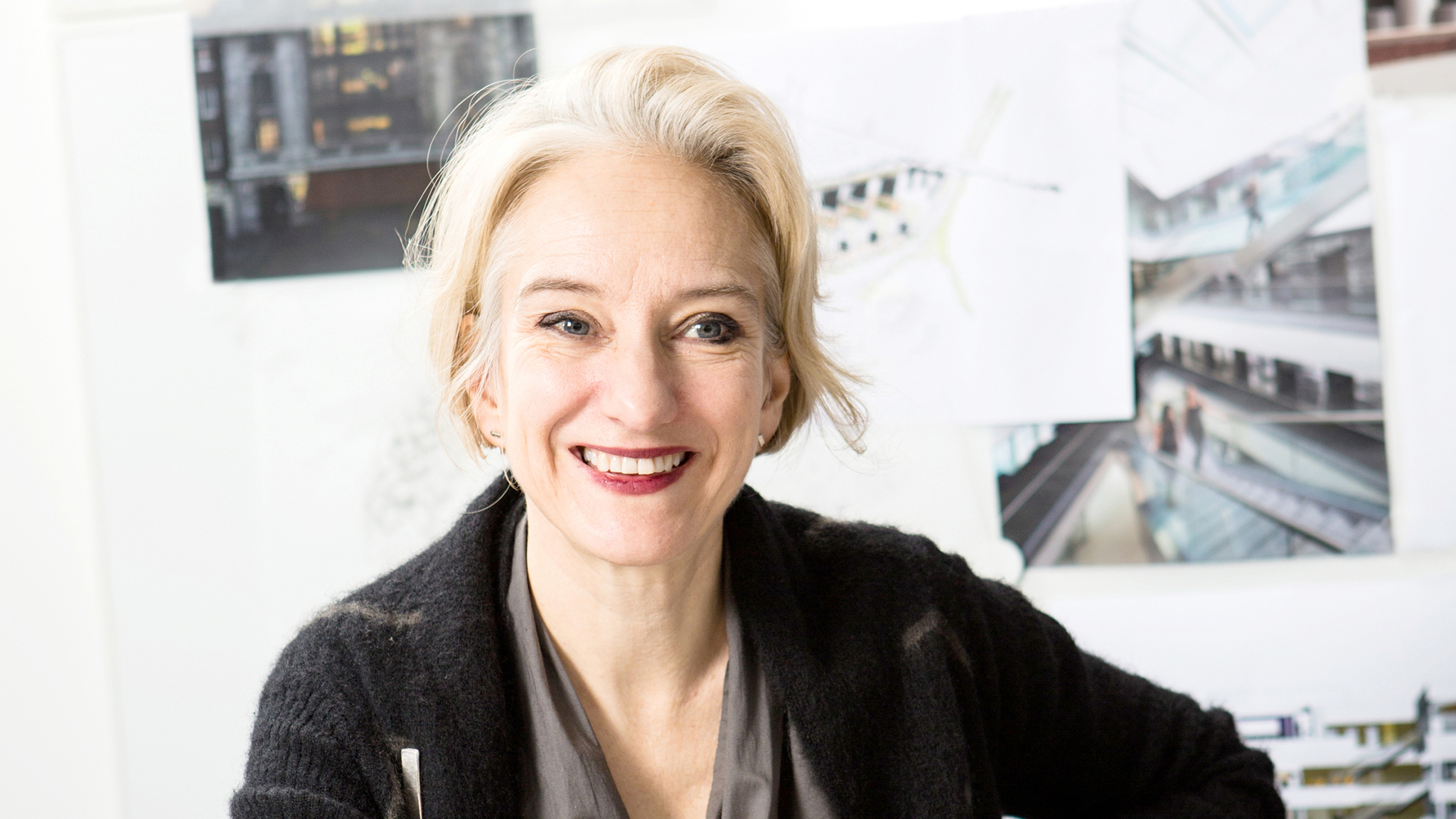 David Taylor: How are you? You say you're in your garden; whereabouts are you?

Helen Berresford: I'm in Richmond. As Virginia Woolf would say: ‘it's the country’, as far she was concerned. But it's close enough to the centre to be quite a useful place to work

DT: And has that felt more ‘London-y’ or less ‘London-y’ during this period?

HB: Actually, strangely, it has felt less London-y, partly because the flight paths have quietened down. I can see some streams from a jet passing by now, but yes, it's a lot quieter than it could be. And that makes quite a difference, actually, not hearing the planes continually. I couldn't sit outside normally with the planes every minute zooming by. That's been very nice, but slightly eerie too. It feels a little bit like a tsunami. You can enjoy it personally but it means something’s happened

DT: And you know what's coming, I suppose?

HB: Yes. It's also a popular place for lots of people to come and holiday in London, so to speak, so it's quite busy.

DT: And so: onto your work in essentially going back to the office environment. What have you been finding from your studies in this respect?

HB:  Well we've actually been extremely busy. With a lot of our clients we always say that people are at the heart of it. But in our kind of business we really do, because with occupiers being the main organisations that we work with, they often move addresses but we help them as they evolve. Usually that’s in property moves, but at the moment we've been able to dive in and help our clients as they've tried to cope with the challenge of working from home. And quite a lot of organisations are trying to get back in part to a central office area in a central location. So, it's been really interesting and really busy.

DT: And what's the general tone? Is there a reticence or is there an eagerness to get back to the office environment?

HB: It's really mixed, actually. Because I think we have all surprised ourselves on how we've adjusted to working from home very, very quickly and pretty effectively - I think it's happened more effectively than people might have imagined. But when I look back to how we've been assisting clients over the last two years on organisational change related to property, in a way it's a turbo-charged version of what a lot of companies were already doing. It's been a look in the mirror for organisations as they've had to do disaster recovery and get all of their teams up and running at home, from a standing start.

But because that’s worked better than people think, I think it has had an interesting effect on the organisation. However, the first phase I think has been more about crisis – ‘we have to - let's get everything sorted out and work from our kitchen or wherever we can’. But I think there's another wave of things happening now as we schools start to go back partially now, in dribs and drabs and then in September. A number of the shops are opening but not totally: social distancing is ever present. You know, there is a mood back into a reclaiming of our lives prior to March. But because we are not able to do it immediately, I think there's an impatience to want to get back to something normal. But it is mixed. I think there's an anxiety about it too. There's definitely an anxiety about moving back and moving out after working from home for a period of time. But generally, I think the strategy is that organisations are really wanting to gear up and get a chunk of their team back into the office. And it does depend on what people do, as well.

Dt: Are you finding or recommending generally a move to a more cellular approach?

Hb: No, Ii wouldn't necessarily say that, although we do have lawyers on our books that we are helping to think about the future, and frankly they don't go down to the same percentage as those organisations working more densely in open plan. And so, in a way, cellular actually works for them fairly well. You can get more of their potential population in because they had a more generous occupancy in the first place.

But we're finding that in the main people want to go back to work not for necessarily totally focused work, but for work with people that requires interaction. And so I think it's not necessarily cellular that people are after. We have been doing quite a lot of detailed planning for taking the government guidelines in the short term and literally putting a masterplan of safe circulation and occupation around an office building. It's almost like developing a Highway Code of signage for people so that they can re-occupy their offices in the short term.

Dt: And 20% is something that has been mentioned as a sort of occupancy level.  Is that something you're working on?

Hb: Yes, it is. I mean, at the moment we're working for one client with 22,000 people and they shrink to 2,000 people in 2,000,000 square feet.  On this particular occupier that we are well through the process of re occupation studies with, they will be occupying in the next couple of weeks with very strict guidance on all of their 15-20 properties, both old and new. But when you put all those buildings together, the average is probably around 23-25%. Actually, the more contemporary buildings are probably more like 20% and lower on potential occupancy when you really do thoroughly administer that social distancing plan for an office, so it's a low percentage of a traditional occupancy of an organisation.

DT: We’re almost up to time, but what's your general vision for the office of the near- and medium-term future?

HB: Well, initially we did a tremendous number of these occupational studies with live human beings who really do want to get back certainly in part to a central cultural organisation. We found they want to get back to that more central organisation because the world of being at home, whilst initially it was quite nice, especially in this lovely weather, I think working in 2D continually can be very tiring and wearing. And certainly, on mental health. You don't physically have that meeting where you can express yourself with people and have a more complex three-dimensional interaction that makes you feel happier, and better, and more natural. So I think people crave that and they need that. In the medium and the long-term we all need that connection as human beings, for sure. So] in terms of people coming back to work I think initially there will be that ‘how can we occupy the office with the current constraints?’. I'm sure that will loosen as we get COVID under control a bit more and we can increase the occupancy. But I think it's fascinating when you then look at who do you bring back to work; who really needs to get back to work and when. I think Ford brought in in the 1920s the nine to five clock in, clock out regime of occupancy. And I think that time clock effectively has been burst by this current scenario. And so I think there has to be more flexibility of occupancy to make the most of that central organisation and to get more people into the central office. We've got 382 satellite offices and normally we have three offices, but I think we will end up keeping some of that agility with some people working from home but I think there will be a bit of a balance as we re-occupy our office incrementally. I think the positive will hopefully be that we will be left with a more complex subtle way to do our work and also more variety in where and how we can do it. So offices will need to rise to the challenge and not just be - you said cellular earlier - I think there willbe some cellular. But I think the rows and rows of serried desks, the Taylorist theory; I don't think that's a human way of operating. I don't think we have to operate like that anymore. Sometimes, working on your own can be quite good for focus if you're lucky enough to have a space, but you want to go to the office to do different things, a variety of things but now we need to make sure that technology supports us in a more agile way which is certainly possible as we know now. But I think we are going to be planning for more of a hybrid and more of a varied approach in every way tell me where where each property you go to or perhaps there are spaces in that property there are much more varied and interesting. I think the way that we do work and when we do work;  I think there's a greater variety and a greater challenge for people who are organising and running organisations but with the right people and the right approach, it's quite an exciting time too, I think.

HB: Yes I mean being an owner of a business you probably do end up working 24/7 a bit anyway (laughs).

You know, you are always thinking about work and the organism of the office is always with you, somehow. But having the travel time cut out, say; it's meant that we have been able to vary how we work and certainly the 9-5 pattern is not something we’re adhering to now. But equally going forward, starting earlier spending some time with the family at the moment and then also finishing later - there's a variety that you can create that suits the current crisis. But I think that part of that will live on when we do return to work. Certainly personally I think there will be variety. You do the tasks and often you actually do them more efficiently and effectively, but not necessarily solely in that chunk of core time.

DT: What are you craving most about the office environment?

The company - both on the organisational side but you know we are very lucky to be part of a fifth generation practise that has a fantastic culture, and it's helped us at this time because people have stayed together even with through two dimensions. But three dimensional contact with people, social, culturally and through work - that's the thing I think I miss most. 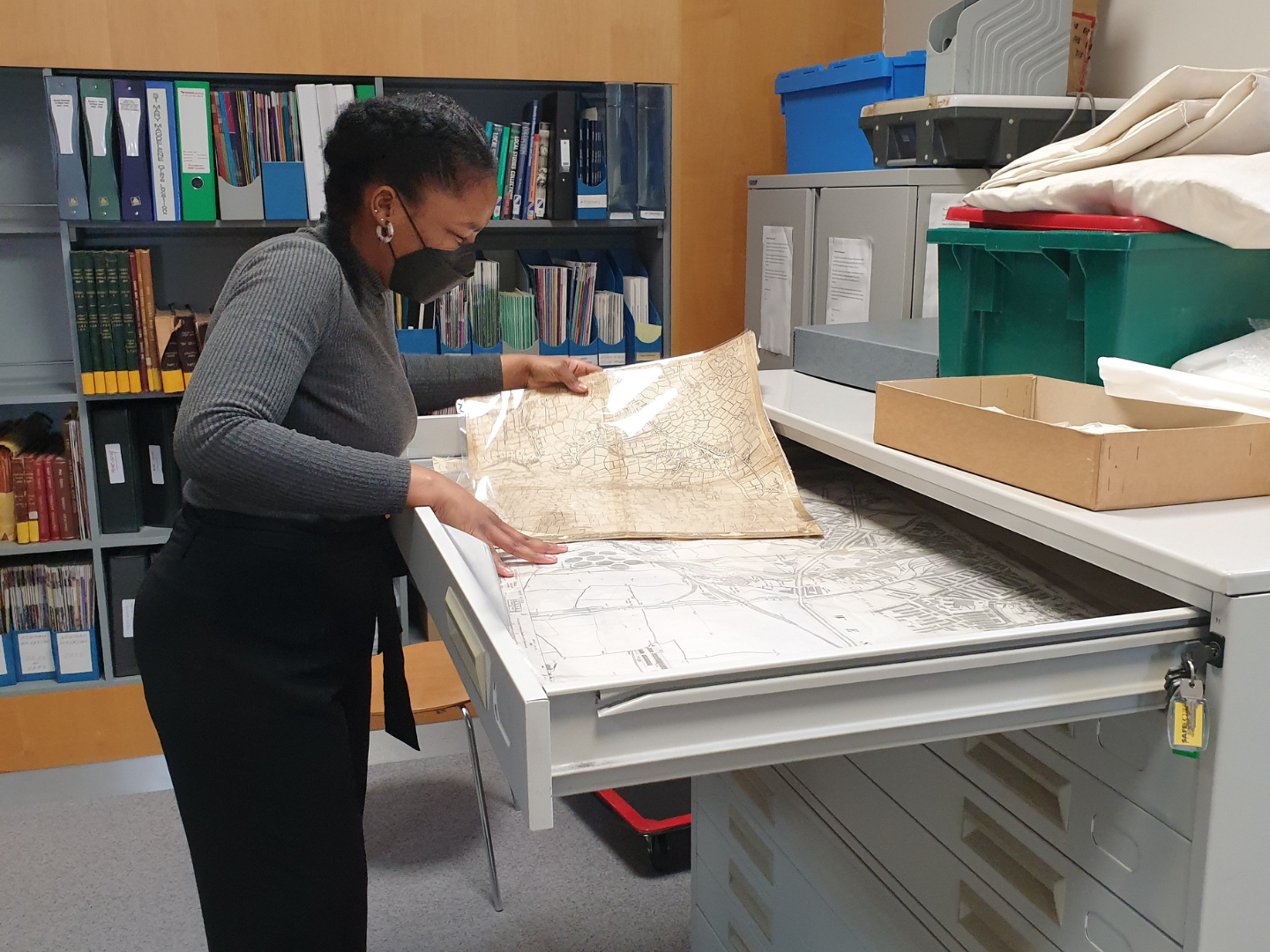 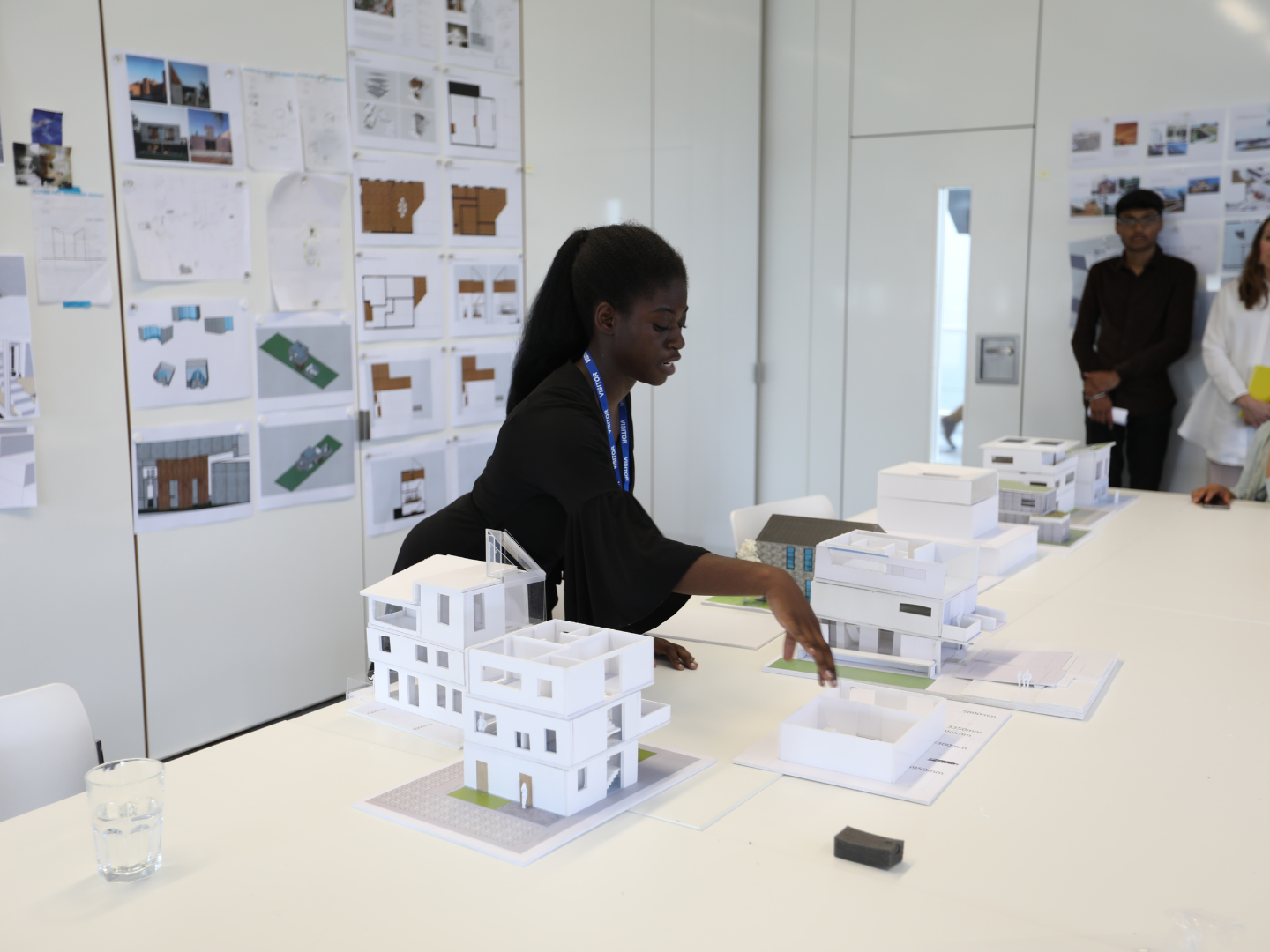 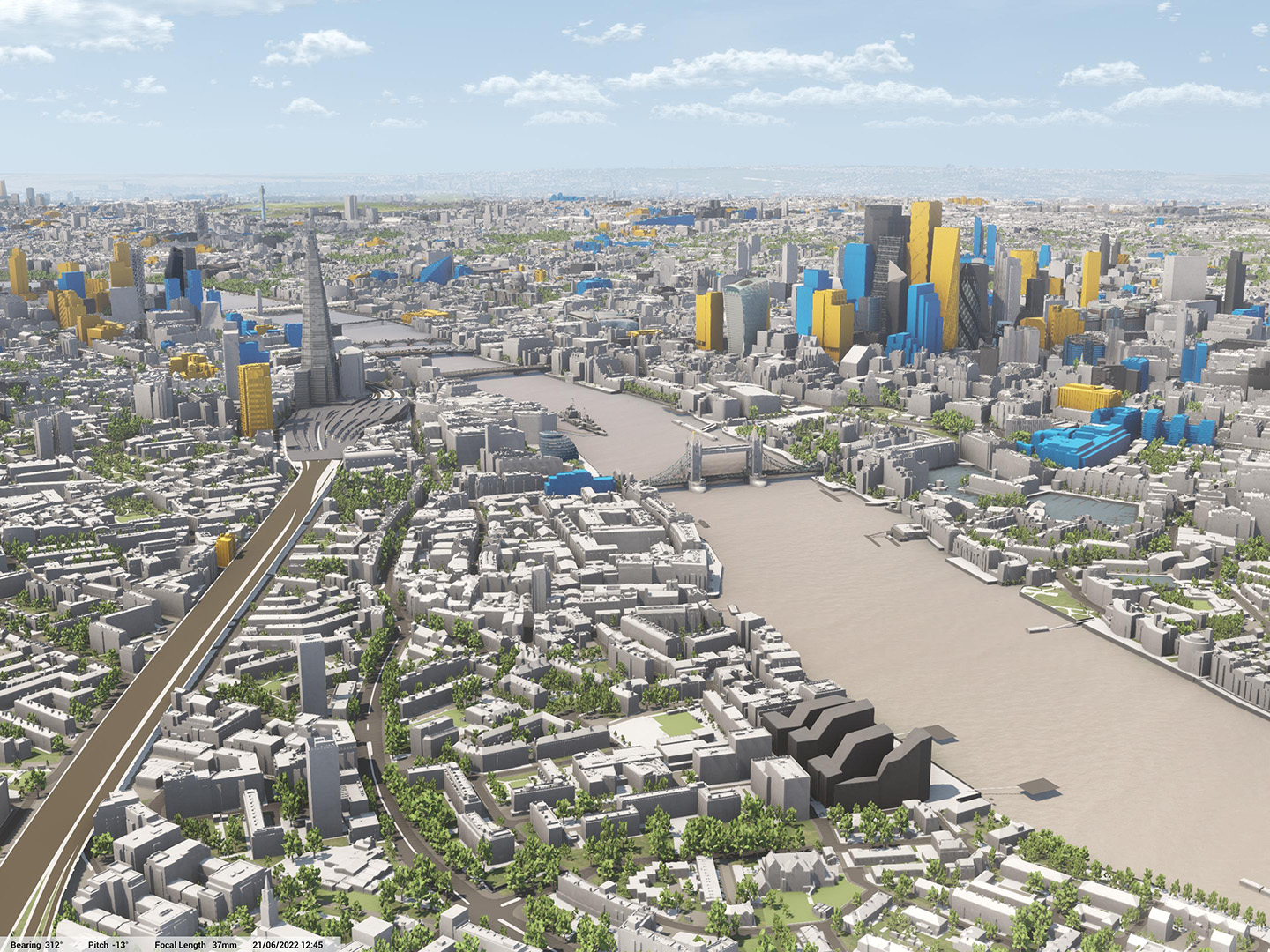