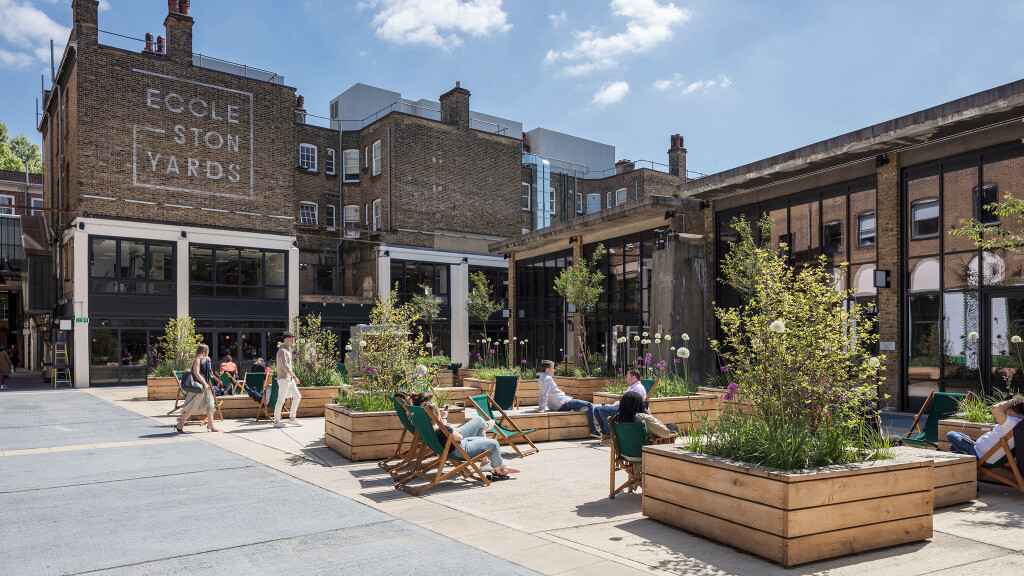 The third wellbeing panel, chaired by Argent’s Heath Harvey, met this week to discuss Healthy Streets and kicked off with a presentation by Bruce McVean, the City of London’s acting assistant director for City Transportation. Bruce explained that the evidenced-based nature of Healthy Streets, embedded in all London strategies delivered by the GLA, was improving the everyday experience of living and working in the Square Mile. As well as addressing air quality, noise, vehicle collisions and injuries, the approach, which prioritises walking and cycling, also aims to fashion streets that inspire and delight – and are accessible to all. “Improving people’s health and their experience of living in the City is the core purpose of our planning strategy,” he said.
Bruce also shared the recently launched Healthy Streets Index, an interactive map, created by The Bartlett, Healthy Streets and Tranquil City, which rates every street in London (from pavement space to number of trees). Though widely praised by the panel, it advised that a step change would only come if Healthy Streets was mandatory. Bruce added that the pandemic had advanced the Healthy Streets agenda: “Change that would take between five and ten years is now being done in three.” The panel recognised the crucial role the index can play in designing new streets and developments and transforming existing ones but raised concern over pollution from congestion caused by traffic displaced from Healthy Streets developments.
Following Bruce, Lisa Woo, head of placemaking at Meridian Water discussed the London Borough of Enfield’s recently launched 10-year blue green strategy. Lisa focused on Edmonton and how development can be used to reduce a life expectancy rich-poor gap of 12 years. This means moving from “trying to deliver as many homes as quickly as possible” to instilling a culture of good early-stage design and “getting the masterplan right”. This led to the idea of the ‘green loop’, a 20-30-metre-wide strip, two km in length providing 22 hectares of green space. As well as supporting meanwhile uses, and temporary and transitional spaces and developments the loop connects key local facilities and mitigates flooding. It also increases accessibility – “green space should only ever be a three-minute walk away” – and visibility – “simply being able to see the green loop, and the lea valley will improve people’s lives.”
Panellist Rory Olcayto led the final session, debating Healthy Streets questions for Mayor Sadiq Khan. The discussion covered revisiting the air pollution challenge, ensuring cycling and walking strategies dovetail with in-vogue 15-minute city plans for neighbourhoods, using local knowledge to plug gaps in the Healthy Streets sometimes fuzzy data sets, and thinking of healthy streets in terms of healthy communities: How can we create streets that mix housing with industry that sustain local jobs for all kinds of workers? The panel concluded by asking what’s the mayor is doing to encourage professional families and older people to stay in London and make their homes here.