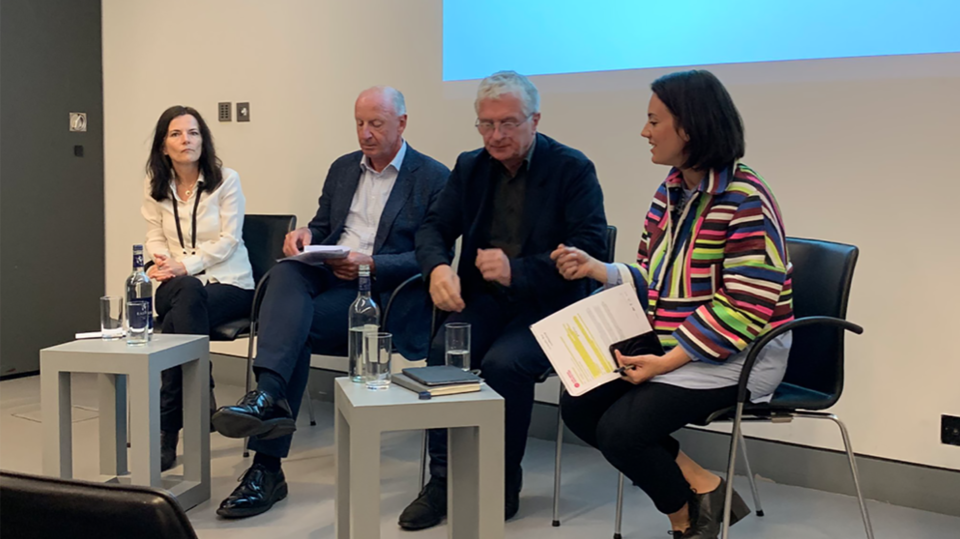 London must do better in the creation of a new wave of stimulating, sustainable office spaces and on lifting the quality of the air that its residents breathe. But there is also a need for whole lifetime carbon targets and far more research on how buildings perform to feed back into the process.

Those were the key messages from a special conference on sustainable workplaces – the first of NLA’s new City Programme – held yesterday at the City Centre.

Ruth Calderwood, air quality manager at the City of London Corporation, gave an overview on air pollution in the Square Mile and how it affects sustainable workplaces, impacting on short- and long-term health of the population.

‘There are a whole host of diseases linked with air pollution’, she said, including strokes and lung cancer, and nitrogen dioxide from combusted fuel being one of the key contributors. Ruth Calderwood, the City of London Corporation

The City’s particular characteristics of tall buildings and narrow streets means that many of the particulates get trapped and cannot be dispersed, added Calderwood. ‘But despite all that, air quality is improving, and we are doing a lot of monitoring across the City at about 100 locations’, she said. Challenges include that diesel vehicles have not met European standards, even if they are being replaced by electric vehicles and hybrids. Electricity generation has also been brought back into the centre of London, too, and the fact that there will be growing demand for electricity and CHP is a particular problem for nitrogen dioxide levels.

One solution, though, to improving air quality, is to design buildings with options to reduce combustion, install no-Nox boilers, consider chimney locations, use wood with low moisture content if using wood burners, and avoid dumping heat from CHP.

Finally, as individuals, we should look to reduce our own exposure and impact on air pollution, which can be aided by using the City’s app, CityAir, said Calderwood, providing low pollution routes.

Bennetts Associates’ Rab Bennetts said that a good workplace and sustainability ‘are very often coincident’ and the way that we build is very much part of that ‘scene’. But can we be more innovative than repeating some of the building techniques – deep plan, metal deck, steel frame buildings like 22 Bishopsgate – that have been prevalent for the best part of 40 years? Manufacturing offsite allows for better economy and less waste but we should also be looking to use more timber, low cement concrete and more recycled materials.

We could also do some ‘sustainability value engineering’ – perhaps getting rid of ceilings and raised floors, designing lean basic shells for buildings and only adding items when they are required. Rab Bennetts, Bennetts Associates

‘We have to make buildings more adaptable than they are at the moment’, added Bennetts. People are reacting against bland offices, he said, and seeking character and diversity in a human-centric, health focused manner with more shared spaces and open areas. ‘Overall, it’s about stimulus for the workplace, and the more sustainable workplace has these characteristics. The bland, BCO, air-conditioned workplace isn’t doing the business’. Neither, he added, is government when it comes to leadership on environmental issues, and carbon, as a proxy for so much, was ‘the one to target’.

Finally, John Robertson of John Robertson Architects spoke about two City HQs the practice designed, ‘ground-scrapers’ now occupied by Wells Fargo in its City consolidation, and the Financial Times. The former’s shape was driven by the shape of the site, the practice demolishing a building that had been designed in the days of plot ratio, thus only having around half of the accommodation there is now, for client HB Reavis. With a restriction on height in place, the practice looked to the fifth elevation, putting all plant in the basement and freeing the roof for 160m2 of photovoltaic cells and a ‘sensory’ garden with 9000 plants as an amenity for tenants. ‘Eventually I persuaded them that if you were working at desk number 23 on the dealing floor it might be a really good idea to have a really nice amenity on the top of the building.’
The FT building Bracken House, meanwhile, is an example of adaptive reuse, ‘one of the most sustainable things you can do’, said Robertson. JRA came up with ideas for the Hopkins-designed building including mini courtyards planned as breakout areas, completing a fan-shaped entrance hall and, again, a roof garden (including a running track). 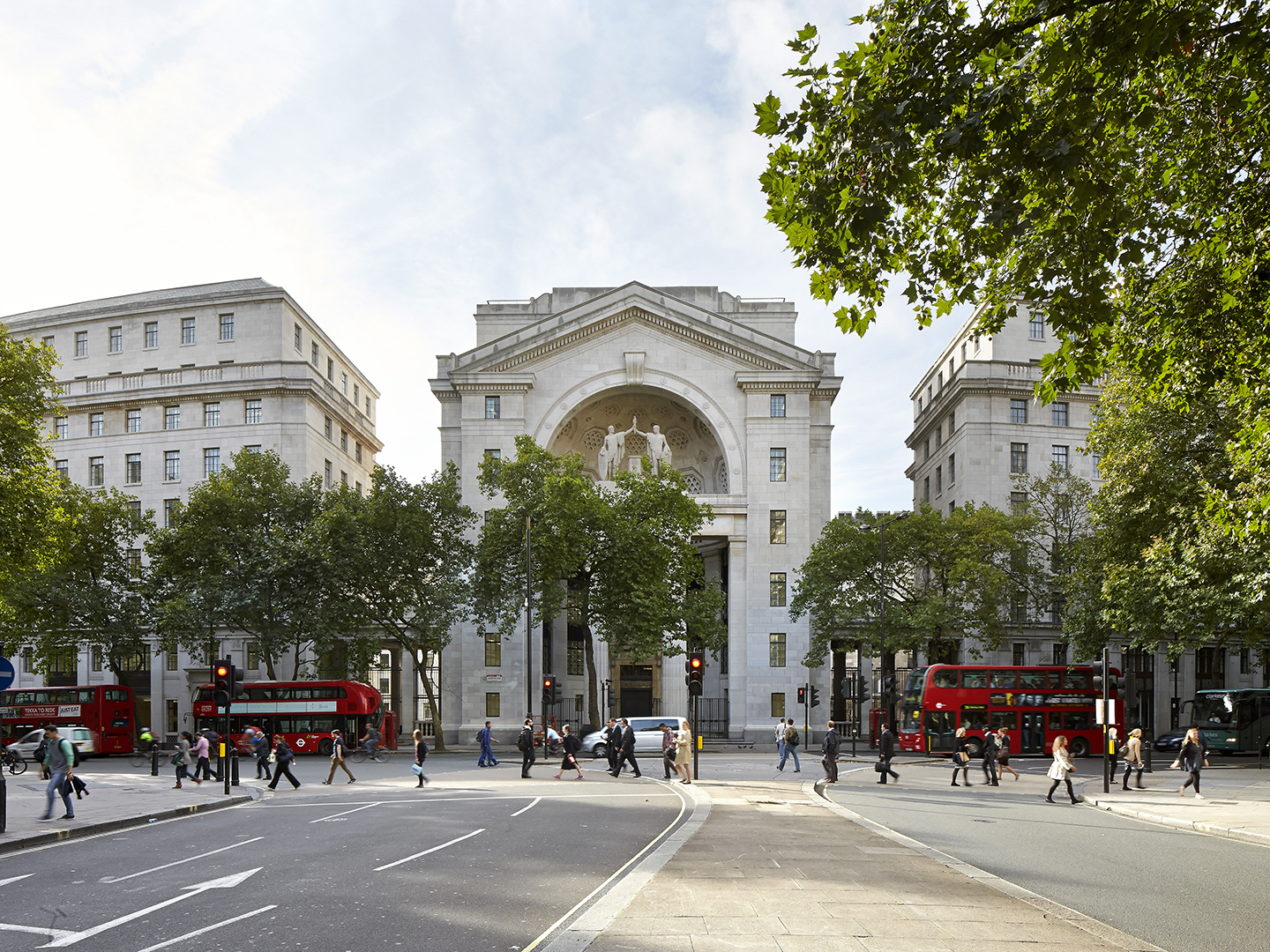 London Must Keep Unpicking the ‘Car is King’ Culture

Streets for people webinar hears pleas to stay ‘brave’ and persevere with LTNs and other pedestrian-friendly strategies. 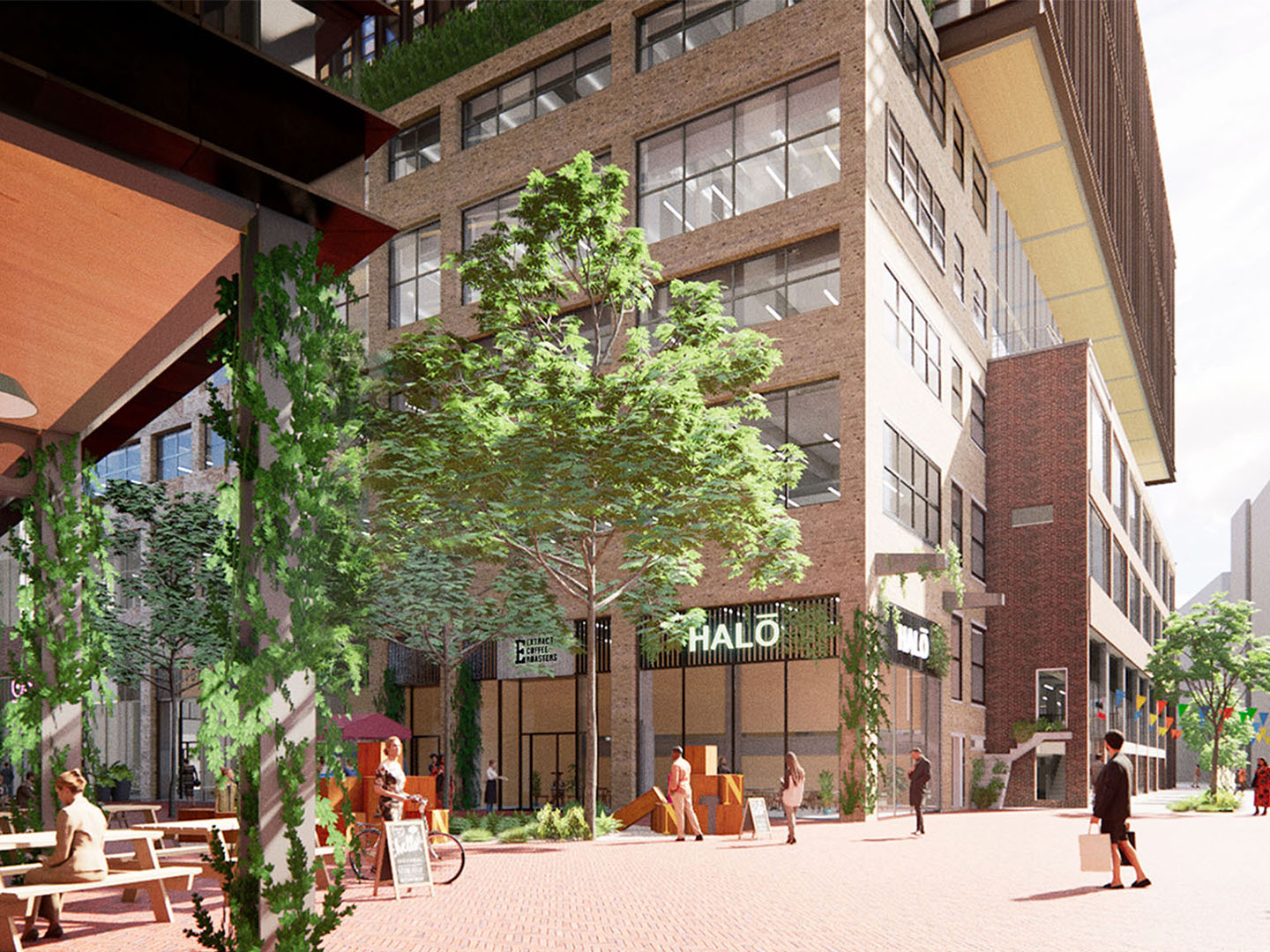 A Hoare Lea event, hosted by NLA, discussing Timber Square which has planning approval and will be a net zero carbon sch...